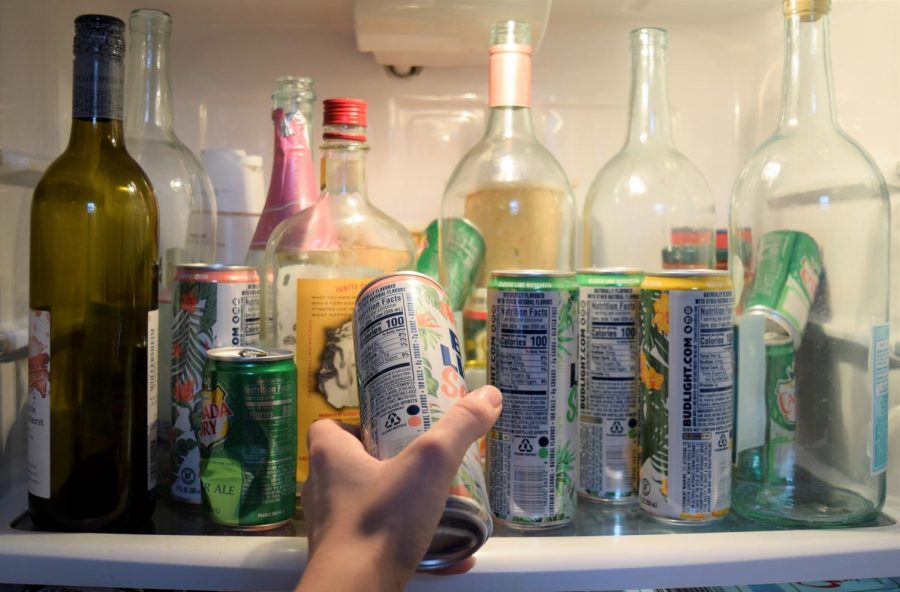 According to the American Psychological Association, 22% of people reported binge drinking in February 2020, compared to 27% in April 2020.

When the COVID-19 pandemic caused bars to shut down, one 23-year-old Pitt student’s drinking habits completely changed. Instead of going out to bars on weekends with his friends, he found himself staying inside to drink.

“Definitely more bars before COVID, and a lot of craft breweries where you go in and sample a bunch of beers,” the student, who preferred to remain anonymous, said. “Now I’ll just go to the breweries to pick up beer, or go to the distributor and pick up beers and just drink here at my house.”

With the ongoing pandemic, the added stress, fear and uncertainty has led many to develop new habits as a way to cope. According to the American Psychological Association, 22% of people reported binge drinking in February 2020, which rose to 27% in April 2020. One study found that 60% of binge drinkers increased their alcohol consumption during lockdown. But with many college students at Pitt, that doesn’t seem to be the case.

According to Student Affairs spokesperson Janine Fisher, the number of alcohol violations on campus has gone down this academic year.

“While I am unable to provide those specific numbers at this time, I am able to report that our alcohol violations have decreased this year,” Fisher said.

A 22-year-old Pitt alumna, who also preferred to remain anonymous, said she drank “occasionally” before the pandemic began. The alumna, who graduated last December, said she hasn’t gone to a bar or a party since last year.

“[I’m] definitely [drinking] less frequent! If you took a year from before COVID and a year during COVID, definitely the number of times have decreased a lot,” she said. “Now I haven’t gone out at all, to bars or parties. Just drinking here [at home].”

Students have been changing the ways they celebrate their 21st birthdays since April. Many of the 23-year-old student’s friends turned 21 over the past year, and the pandemic greatly changed their birthday plans. While some continued to go out, he said others opted to stay home and celebrate.

“One of [my friends] went to the bars and got COVID, and that was bad, but the others just went to the store and got stuff and had a three-person event at our place,” the student said. “That wasn’t bad. Others have just been having smaller events, definitely changing it up.”

As for his friend who got COVID-19, the student said he thankfully recovered.

“He was in bed for days while quarantined, so he learned his lesson,” the student said. “He felt bad about it, too, so he didn’t make that mistake again.”

Meanwhile, the 22-year-old alumna celebrated her friend’s 21st birthday with her safely by going to a socially distanced restaurant.

“For one of my friends, we went to Applebee’s — like three of us just went — and got some drinks, socially distanced. That was about mid-October, at a better point when things weren’t as bad,” she said. “And another friend just stayed home and drank with her family.”

For other students, the amount of drinking has increased dramatically. A 19-year-old sophomore who preferred to remain anonymous said their drinking habits have greatly changed, going from “very casual” to an “almost daily” occurrence. The student added that they find themselves purchasing alcohol to seek “relaxation from the daily stresses of being online and socially isolated.”

For the 23-year-old student, he said he’s looking forward to being able to go back to the bars again soon.

“I wasn’t too sad when everything first closed up. I’ve had my fun,” he said. “But I’m going out again once I get the vaccine.”