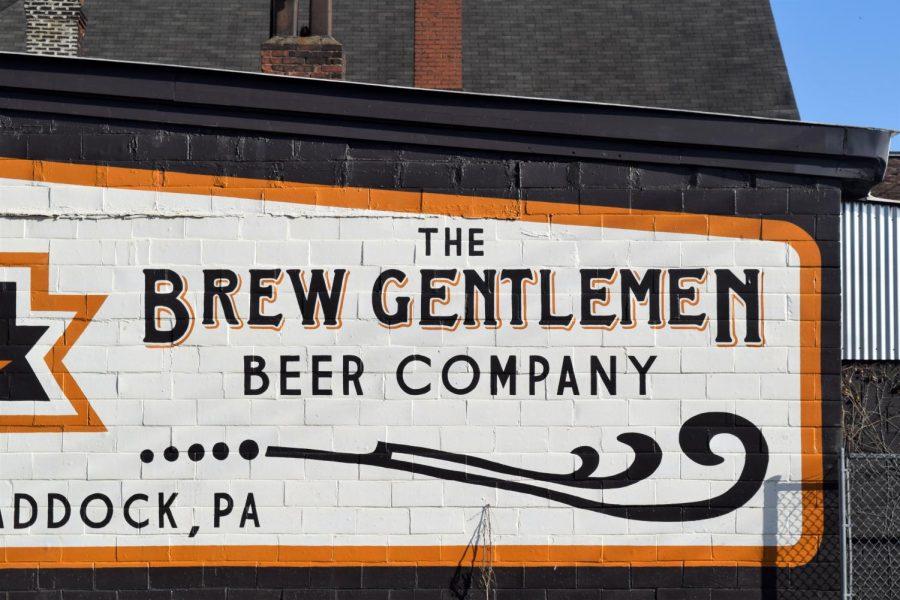 Brew Gentlemen is a craft brewery located in Braddock. Matt Katase and Asa Foster, both Carnegie Mellon University graduates, opened the brewery in 2014.

Across the Pittsburgh region, local craft breweries are encouraging residents to trade their tried and true draft beers in for a one-of-a-kind experience.

While the craft brewing industry had its beginnings in the 1960s, craft beers have recently gained significant traction in Pittsburgh. With over 30 breweries in Pittsburgh alone, there are many options for locals and tourists who indulge in a good craft brew.

Andrew Witchey, the owner of Dancing Gnome in Sharpsburg, decided to open his business in 2016 to share his love of beer with the local community. Witchey even went back to school to pursue his dream of owning a brewery.

“I think it ultimately just comes down to my love of beer. I really got into craft beer when I was a young adult and spent a lot of time in and around the industry,” Witchey said. “I had a desire to kind of do my own thing, so I went back to school for the commercial science engineering of brewing in 2014.”

Creating a craft beer is not challenging, according to Witchey. But a good craft beer requires a brewer to understand how each step of the brewing process works together.

“The process of making beer isn’t exactly a difficult one, but really understanding the process of how each individual step and each individual parameter I think is what takes you from being able to make beer to making great beer,” Witchey said. “It’s also being willing to explore and push boundaries and utilize history to be able to make the best beers you can for the future.”

Like Witchey, Matt Katase, co-owner of Brew Gentlemen in Braddock, agrees that craft brewing can pose significant challenges. Katase, who opened Brew Gentlemen with fellow Carnegie Mellon University graduate Asa Foster in 2014, said it can be difficult to create a craft beer that pleases everyone. Yet their business found a solution to the problem.

“I think that there is a challenge of understanding taste profiles, which is why we kind of made that decision a little bit easier for us by having a kind of an overall brewing philosophy, which is soft and balanced beers,” Katase said.

One of the biggest challenges brewers faced in 2020 was the COVID-19 pandemic. Katase said the pandemic made many breweries reevaluate their approach to craft brewing.

“The tap rooms had to close so you saw a lot of breweries pivot to packaged products, whether that was putting beer into cans or bottling or filling growlers to go. But overnight a lot of small breweries saw their entire business model disappear,” Katase said.

Katase said a lot of consumers turned to what they knew during the pandemic, which took away from the distinct atmosphere associated with craft breweries. Many craft breweries needed to get creative.

“It forced a lot of innovation and creativity there, and then for the industry at large, you saw a lot of things turned a lot more towards going back to what was familiar because so much of the world is uncertain. I saw a lot of people going back to tried-and-true brands,” Katase said.

Despite the hardships many breweries faced this year, the current state of the craft brewing industry has led to many innovative opportunities.

“This year, we’re rebranding. It’s now Barrel & Flow fest, and we don’t want to go back to normal,” Bracey said. “We want a fresh start, but also we want to expand and not focus just on the craft beer, but the music, the art and the cooking.”

Bracey said he hopes that the event sets the stage for future festivals and Black business owners.

“With the festival, I would like to see us expand and go outside of just Pittsburgh. We get a lot of interest around the country and even around the world for a Black beer and arts festival. Hopefully Barrel & Flow isn’t the only Black art and beer festival,” Bracey said. “If we’re the only ones doing it, then we’re failing. We’re failing to get the message out there. For Black-owned breweries, we just want to see more of them.”

The atmosphere of craft breweries attracts many local business owners to the craft brewing scene. Al Grasso, who co-owns Allegheny City Brewing in the North Side with Amy Yurkovich, said he was inspired by the inviting atmosphere of other breweries.

“We’re originally founded and focused around the experience of coming to a brewery. We want to produce great beer, but we also want to provide great service and a great atmosphere,” Grasso said.

When it comes to the local experience, Grasso said breweries play a major role in welcoming visitors and residents alike. Grasso said everyone has three places they go, the first being their home and the second being their work. He describes his business as the “third place,” where people can gather and socialize.

“We want to be a place where people can like go get to know their neighbors, bring a book, listen to music, bring your dog down, bring your kids sort of thing,” Grasso said. “It means that basically you have your home, where you live, you have your work and then you have a third place where you’re comfortable, and where you can socialize and that’s really what we are.”

The craft brewing industry is not just business focused — according to Grasso, it’s community-focused. He said he found it interesting how local craft breweries work together to better the Pittsburgh community.

“It really is a cool community. The people that own and work all the breweries around here largely all know each other, and you can kind of borrow ingredients and ask for a favor when you need to,” Grasso said. “We all realize that this region is putting out some world class beer. The more we can educate and continue to improve the culture here, the more we can do good for everyone.”