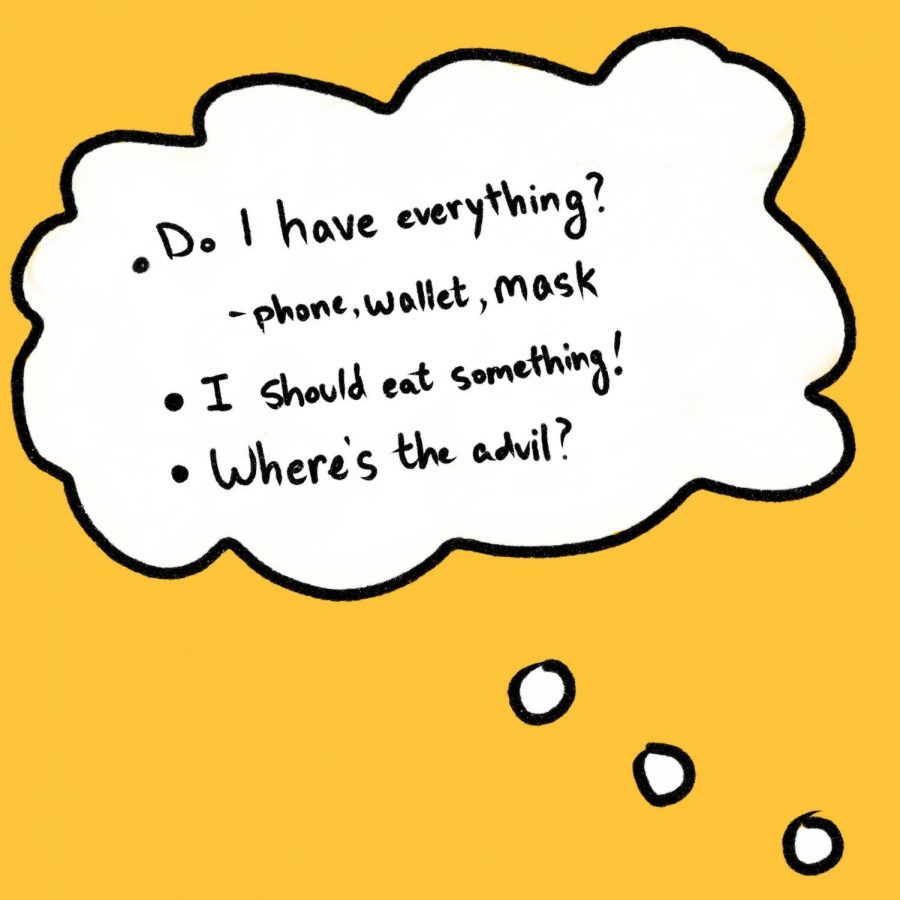 The Nordic term “fylleangst” is the word for the anxiety that comes with a hangover — referring to the regret or fear over what one may have done the night before while intoxicated. While no other language has a word for this specific feeling, it’s one to which many people can relate.

The hangover after a night of drinking can be rough, but the anxiety with it, also referred to as “hangxiety” or “the Sunday scaries,” can be just as brutal.

It’s dreadful spending the day treating a hangover, especially with the anxiety that comes with it. The combination of the two can ruin the day, as well as the memories and fun from the night before. Treating hangxiety can substantially improve one’s mindset after a night of drinking and can relieve that hangover a bit, too.

According to psychologists, everyone has the potential to experience hangover anxiety, even if they aren’t diagnosed with a clinical anxiety disorder. Whether it be piecing together events that occurred the night before or feeling the lack of nutrients in the body influencing a symptom of anxiety known as “the shakes,” science explains why hangxiety happens and how to avoid it.

Alcohol is a sedative and a depressant that affects the central nervous system. It reduces fear and stress, causing a boost in mood, confidence and relaxation — it has similar effects to anti-anxiety medication. This occurs because alcohol impacts levels of serotonin, the chemical that regulates mood and feelings of anxiety and depression. Alcohol isn’t just fun because it gets you drunk, but because it actually causes a spike of dopamine in the brain — but what goes up, must come down.

Since drinking causes a rush of unregulated “happy hormones” to flow to the brain, the chemical balance in your brain is disrupted, so it frantically tries the next day to correct this chemical imbalance — otherwise known as the comedown. With chemicals in the brain out of whack and a depletion of serotonin, recalled memories don’t seem as happy, last night’s actions don’t appear as smart and that great mood you once had feels like a dream.

This can be even worse for people with social anxiety, because a reliance on alcohol to handle social situations causes more regret and shame the day after, therefore influencing more dependency on alcohol — a vicious cycle. But once someone builds an alcohol tolerance, it’s harder to cope with stress and anxiety during hangxiety, and it diminishes that dopamine spike while drinking. Eventually, that spike won’t occur at all, and anxiety could remain chronic, not just the morning after.

Even if the hangover is horrendous, the nerves, worry and stress of hangxiety don’t have to be. Although it’s not possible to artificially replace a lack of serotonin, there are a variety of ways someone can promote regulation and natural restoration of it.

Obviously drinking less leads to fewer consequences, and thus drinking more leads to more anxiety — but this is about managing hangxiety, not hangovers.

It might not sound appealing with a hangover, but a gentle workout such as yoga is proven to increase serotonin levels and decrease anxiety. Muscle activation during exercise increases the chances of tryptophan becoming serotonin as it crosses the blood-brain barrier. Doesn’t it make more sense why people say their hangover feels better after they’ve worked out?

Since tryptophan, an essential amino acid, can increase serotonin production in the body, experts suggest eating foods that contain tryptophan, such as salmon, eggs, dairy products, soy products and nuts. Although the thought of eating with a hangover might make your stomach turn, it’s likely your body lacks nutrients and badly needs replenishment. Likewise, using CBD — or cannabidiol, the second most prevalent active ingredient in cannabis — can decrease stress by regulating serotonin receptors. Plus, unlike its THC counterpart, CBD is legal in every state except Idaho and can be purchased easily.

Simple forms of meditation and positive self-talk also assist in alleviating negative thoughts and feelings induced by hangxiety. Dwelling on the past — like when you texted your ex after downing a fifth of Pink Whitney — isn’t healthy, so take a moment to acknowledge the present moment and think rationally about your negative thoughts. Anxiety can lead to overestimating the negative aspects of a situation and underestimating your own ability to cope. A meditation app like Smiling Mind can help with this.

Another easy way to combat hangxiety is by getting some sun — exposure to sunlight increases the brain’s release of serotonin, therefore boosting mood, calmness and focus. If getting natural sunlight is an issue, consider investing in a light box, an artificial light source that uses light therapy to increase serotonin levels.

Finally, since a lot of hangxiety stems from feelings of embarrassment, regret and worrying about how people think of you, don’t be afraid to reach out to the people you were with for reassurance or to apologize — I promise they’ll understand why you feel this way.

A hangover might be unavoidable, but the terrible symptoms of it can certainly be reduced by managing the awful overlapping symptoms of hangxiety. Take care of yourself, and remember that hangxiety is objectively normal — the “fylleangst” won’t last forever.