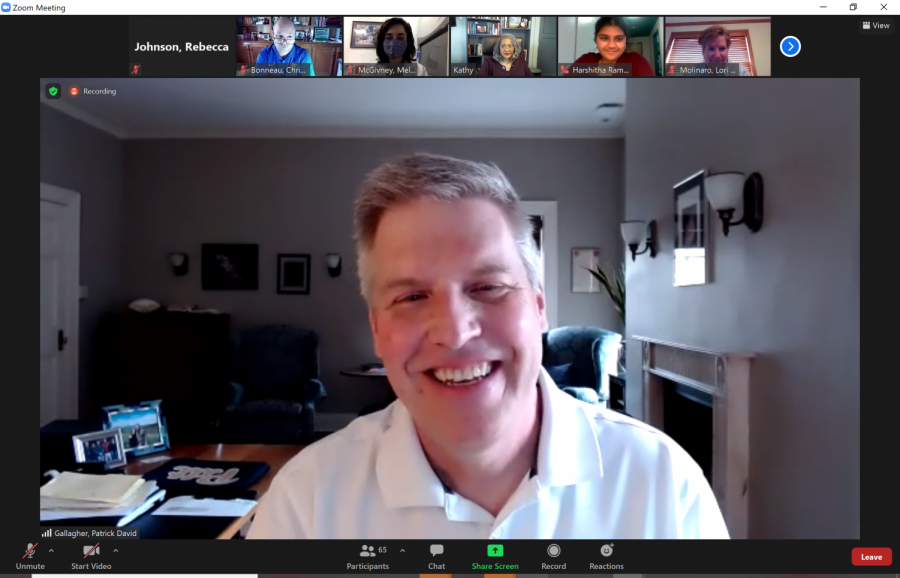 Chancellor Patrick Gallagher said the University’s fall plans are dependent on continued availability of the vaccine across the country.

Pitt officials said Thursday that the University has reached a vaccine milestone, with more than 10,000 vaccines provided in coordination with the Allegheny County Health Department.

Melissa McGivney, a professor and associate dean for community partnerships at the School of Pharmacy who is leading the vaccine effort, said Pitt has hosted 13 clinics at the Petersen Events Center and throughout Pittsburgh as of Thursday. She added that 2,900 individuals have been fully vaccinated and more than 1,000 people from Pitt have volunteered at the clinics.

McGivney — who joined the Zoom call from the Petersen Events Center vaccine clinic — repeated a Wednesday announcement from Pitt’s COVID-19 Medical Response Office that the ACHD had expanded its vaccine eligibility to anyone ages 18 to 64 with Phase 1A health conditions. These health conditions include cancer, pregnancy, Type 2 diabetes and others. ACHD hosted two clinics on Thursday and Friday at the Petersen Events Center with 1,000 vaccines each day for people who meet this criteria.

Alongside these vaccines, McGivney said she was “surprised” that Pitt received a “temporary allocation” of 500 doses of the Moderna vaccine from the state. These vaccines will be available to University custodial, food service, security and transportation employees in the 1A phase. A small number of these available vaccines are also being offered to members of neighboring communities.

“So there’s a lot going on, and it couldn’t have been possible without the continued support of everyone here at our University,” McGivney said. “And a shout out to a number of students who across our campus have even supported helping people with directions and finding their way to the Pete. It’s been a really impressive effort across the University.”

McGivney added that Pitt will soon reach the point where anyone who wants to get a vaccine will have the ability to, and there will need to be efforts to convince those who are more unsure. She said some of the most “effective education” comes through casual conversation, so Pitt has attempted to equip every person it has vaccinated with the proper information.

“A lot of folks are thinking that how they feel after they get vaccinated is a side effect, and as a pharmacist, that’s not a side effect. It’s the immune system revving up,” McGivney said. “One of the most important things that you can do as you’re talking about vaccine is to remind people that if they have a little fever, a headache, some chills, a little tiredness, their immune system is doing their job.”

Chancellor Patrick Gallagher said the University’s fall plans are dependent on continued availability of the vaccine across the country.  Gallagher announced last Thursday that Pitt is  planning for on-campus, in-person instruction for the majority of classes, as well as “the full range” of on-campus living and activities, for the fall semester.

“This is a little bit like watching those drug commercials on TV where they show people on TV enjoying the sunshine and smiling faces when somebody in the background is reading all of the warnings about everything that could go wrong,” Gallagher said. “We’re going to be going through the summer, watching the current approach to more immunity in the population, we will make adjustments as we go.”

In other vaccine-related news, Gallagher said at this time Pitt is not anticipating a requirement that the incoming class have the COVID-19 vaccine. He said this is because the vaccines were approved under emergency use authorization. Gallagher added that he hopes it’s an “irrelevant question” because there will be widespread voluntary vaccination.

“I think it’s premature to speculate on exactly what we’re going to be facing in the fall,” Gallagher said. “What we should focus on is trying to educate and promote vaccines so that when the fall comes, everybody who wants to and can avail themselves of getting that shot does, and then this largely becomes a moot point.”

Gallagher added the University won’t even start to consider transitioning out of its current “posture” and relaxing some of the “strong mitigation” rules until July or August, rather than May or June, when there is more vaccination rate data available. But Gallagher said Pitt still thought it was “prudent” to give faculty, staff and students a better understanding of their expectations for the fall and that it will be “much closer to normal.”

“This is a second half of the summer issue. And by that time, we will have a lot more information coming from schools, departments and from supervisors about what this means for anyone’s particular area or job,” Gallagher said. “It’s a little bit like last summer, a little bit of information is a dangerous thing sometimes, but the idea here is to just calibrate everyone about sort of what the general expectation is, even as we continue to work on the details.”