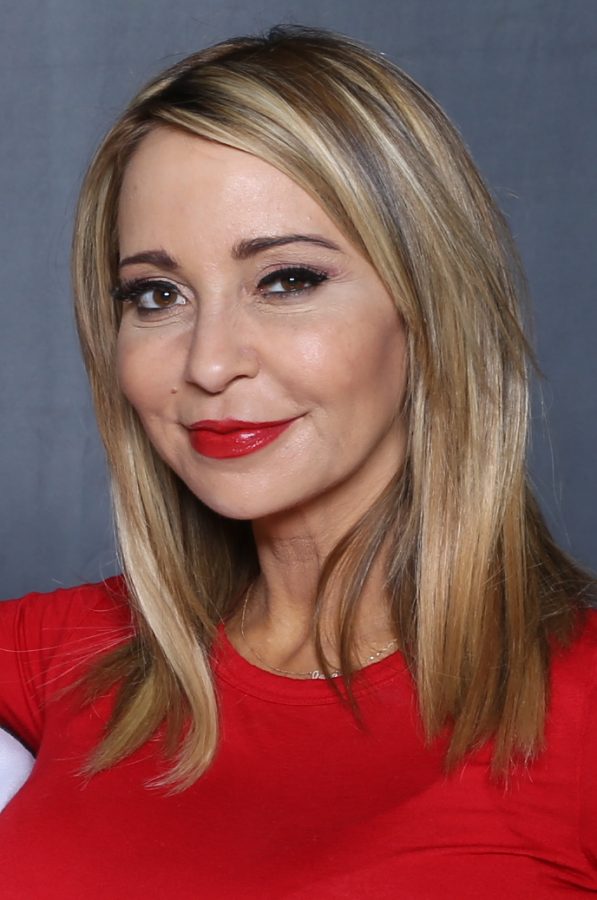 If you’re anything like me, you sometimes watch animated shows and movies to forget that you’re technically an adult now and you have to figure out how to pay taxes. If anyone wants to teach me how to correctly do taxes so I don’t accidentally commit tax fraud, be my guest. Seriously.

When I’m not thinking about tax evasion, I’m watching cartoons. It’s inevitable I’ll hear a familiar voice actor and think, “Oh! That’s the same voice as that one character in that one show!” It brings me a lot of joy when I correctly identify a character’s voice actor, maybe even too much. I want to share some of that joy with you! We’re gonna take a lovely stroll down memory lane. This week’s Screen Time is all about some of my favorite voice actors who gave us the many characters of our childhood and have stuck by us for our adulthood.

Oh! She played Timmy Turner in “Fairly OddParents,” Daizy from “Wow! Wow! Wubbzy!” Dil Pickles in “Rugrats,” etc. Tara Strong has been in almost every animated show you could think of within the past two decades. She’s such a successful voice actor that she runs her own company teaching people how to get into the voice acting business. It’s called VoiceStarz, which is very appropriate, since she herself is a #VoiceStar. When she was only 13, she snagged the role of Hello Kitty in “Hello Kitty’s Furry Tale Theater,” which I’ve never seen, but I definitely wasn’t booking gigs like that at 13. I was probably doing Rainbow Loom and watching YouTube.

Oh! He played Iago in “Aladdin,” Berkeley Beetle in “Thumbelina,” — a cinematic masterpiece — Digit in “Cyberchase,” etc. Gottfried started his career when he was just 15, doing stand up in New York City. When “Saturday Night Live” needed new comedians in 1980, Gottfried thought he’d found his big break, but he was only around for 12 episodes — in one of which he had to play a corpse. His real big break came when he was cast as Igor Peabody in the “Problem Child” film series. Then of course came his famous evil parrot role in “Aladdin” that we all know and love — because we all secretly root for the villian, right?

Oh! He played Kronk in “The Emperor’s New Groove,” Alien Cop — the best character — in “Chicken Little,” Big Bad Wolf in “Hoodwinked!” etc. Warburton grew up in Huntington Beach, California, and originally went to school for marine biology, but dropped out to pursue acting (and modeling, #werk). I’m glad he dropped out, because if he hadn’t, who knows if we would have ever heard him do his famous Kuzco’s poison monologue. You know? The poison for Kuzco?

Oh! She played Numbuh 5 in “Codename: Kids Next Door,” Susie Carmichael in “Rugrats,” Cleo in “Clifford the Big Red Dog,” etc. Summer was born in Los Angeles, but grew up on a Native American reservation in Saskatchewan. Her father is Canadian and her mother is a member of the Plains Cree First Nations. She has a little brother named Rainbow Sun, which I honestly think might be cooler than my name, Heaven Infinity. Cree’s first role was Penny in the animated “Inspector Gadget” series. One time, I was on a seven-day cruise with my family, and the TV in our suite only showed “Inspector Gadget,” so I feel very close to the show. Before you ask — no, I don’t know why the TV only played “Inspector Gadget.”

Don’t you just love walks down memory lane? They make you feel all warm, like a piece of toast. Or like laundry out of the dryer! Lots of things can stress you out, like a test or your taxes. Or the thought that our world is just a tiny rock spinning in an enormous universe — that usually stresses me out quite a bit. When that stress hits, take another walk down memory lane and watch some cartoons. Maybe you’ll hear one of these famous voices!

Heaven Infinity writes about all things film and television. Talk to her at [email protected]!