Editorial | There’s no room for partisanship at the border 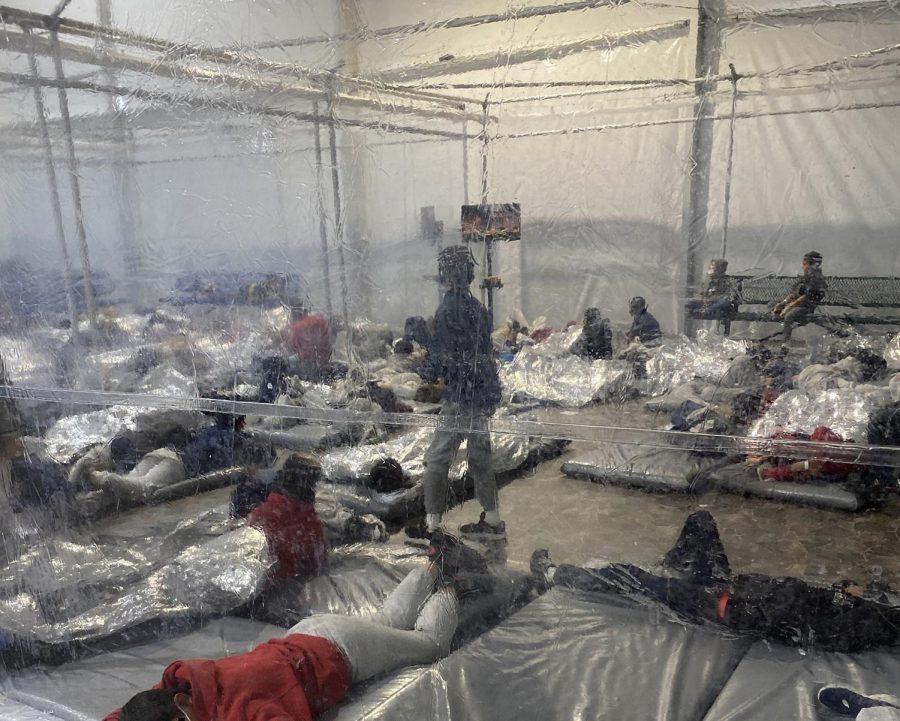 A photo provided by the office of Rep. Henry Cuellar, D-Texas, shows detainees in a Customs and Border Protection overflow facility in Donna, Texas, on March 20.

Texas Sens. Ted Cruz and John Cornyn led a group of Republican senators on a tour of various border facilities in the Rio Grande Valley on Friday. Following the tour, Cruz commented on the conditions in holding facilities at the U.S.-Mexico border.

“John and I were able to bring 18 senators down to Texas, down to the Valley, to see firsthand the crisis that is unfolding here,” Cruz said. “All of us today witnessed the ‘Biden cages.’ What is occurring here on the border is heartbreaking, and it is a tragedy.”

While the situation is absolutely heartbreaking and tragic, it seems that some Republicans want to make Biden shoulder the blame for this tremendous failure. However, the responsibility and the blame fall on both Democrats and Republicans, as they continue adhering to party lines in conversations about the border. This is a human rights issue where there is no space for partisan politics — we need better conditions at the border now.

The border is receiving increased attention due to a recent surge of undocumented immigrants entering the United States. This surge follows the Biden administration’s reopening of the border after the Trump administration’s strict closed-border policies, but the border holding facilities cannot handle increased populations. The GOP senators who visited the Texas border saw this — the facilities are overflowing, forcing the people held there to live in inhumane conditions.

It often seems as though politicians use the situation at the border as a sort of political grenade, hoping to bring down the opposing party. Democrats are eager to blame the Trump administration for the current conditions, while Republican senators shift the blame to the Biden administration.

Politicians need to stop pointing fingers across the aisle and using the situation at the border to make their opponents look bad — they are all at fault here. These politicians — members of Congress, the president and the members of his administration — are the only people who have the power and influence to directly improve the conditions at the border. They need to stop playing this immature partisan game and start working to fix the facilities and improve conditions.

This doesn’t have to be a discussion about how to regulate the border or what kind of immigration policies the U.S. government should enact. It’s simply a matter of making sure that the conditions at the border are habitable and humane. Holding facilities need to have space for people to practice social distancing and other pandemic precautions. People deserve to have actual beds, not mats on the ground with foil blankets.

These are basic, humanitarian issues — undocumented immigrants are people, and they have the inherent right to clean, safe living conditions. Facilities at the U.S. border must establish and maintain these conditions. Immigrants often go through hell just to get to the United States. There is no reason for them to continue to suffer when they arrive.

The current conditions at the border are unacceptable. While the GOP senators who visited the border have every right to be shocked — what they saw is appalling — they cannot pretend like they are powerless to fix this, nor can they pretend they played no part in how the situation developed.