Editorial | No, you don’t need to go to Florida 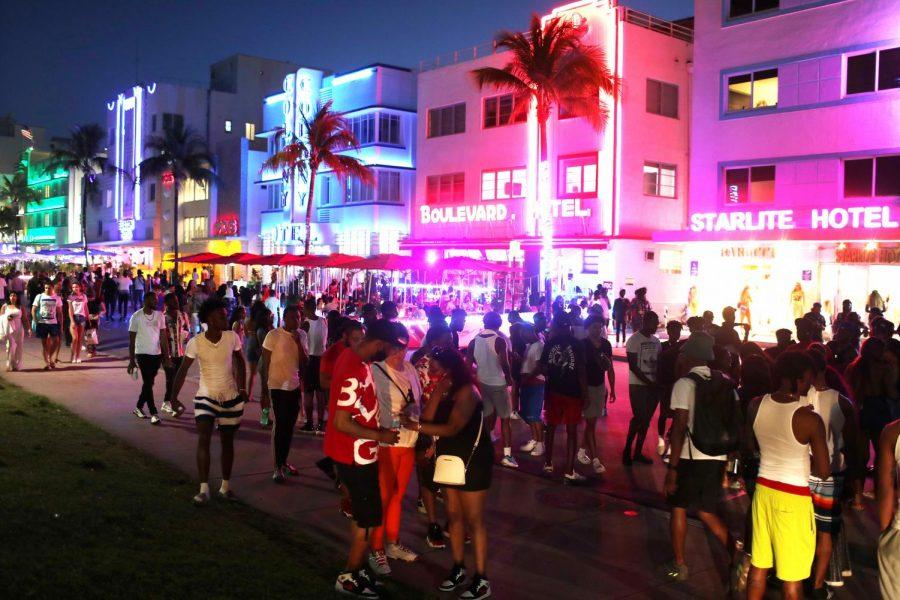 People enjoy themselves as they walk along Ocean Drive on March 18 in Miami Beach, Florida. College students have arrived in the South Florida area for the annual spring break ritual.

Vaccine rollout is ahead of the target pace in the United States. But as far as the COVID-19 pandemic goes, the good news essentially stops there.

Virus cases in the United States are on the rise again — up by about 15% from this time last week. Dr. Rochelle Walensky, director of the Centers for Disease Control and Prevention, warned Americans about “another unavoidable surge” in cases due to the increasing presence of more contagious variants in the United States on Monday. This comes at a time when many states are relaxing restrictions — including mask mandates — at a rate that’s raising concern among top health officials, and President Joe Biden. Florida specifically is a state that both eased restrictions at an alarmingly quick rate and is driving the surge. And the age group that’s specifically driving the state’s surge? Young people going to bars, theme parks and partying at the beach.

But just because Florida is open doesn’t mean it’s safe to take a trip. And even if you’ve decided it’s OK to take a personal risk, you’re putting more than just yourself at risk. Whether you’re fully vaccinated or haven’t received a single shot — even if you’re young and healthy, and supposedly low-risk — you do not need to, and should not, go to Florida right now.

Gov. Ron DeSantis, R-Fla., doesn’t have the best track record as far as keeping his constituents safe — and thinking logically — goes. He barred local governments from imposing their own restrictions, and also refused to tighten the state’s restrictions as cases soared in the fall. He’s also sidelined experts and endorsed questionable science — saying in February that lockdowns didn’t decrease virus mortality. Recently, he threatened to sue the CDC if it didn’t allow cruises to resume by July. This is all to say that just because Florida is open doesn’t mean it’s safe. And it doesn’t mean the leaders have the best interest — in terms of health — of the American people in mind. This is not a good excuse to travel.

Despite many states reopening, the CDC still discourages nonessential travel for all Americans. Younger people may not be particularly concerned about COVID-19 exposure, although they should be. Scientists have observed long-lasting organ damage in young people post-infection, as well as psychotic symptoms. But all of this pushed aside, Florida has one of the nation’s largest populations of elderly people, who are at the highest risk for severe illness. People who get sick while traveling and partying will increase the virus’ presence in Florida communities — putting people who don’t travel and party at a higher risk. Travelers also risk bringing the virus to their own home communities.

The point is, travelers are not only putting themselves, but everyone at risk, all to go to a bar and have some selfish fun. Cases are rising, and the variants are spreading. You can’t justify going to Florida, no matter how hard you try. Just stay home.