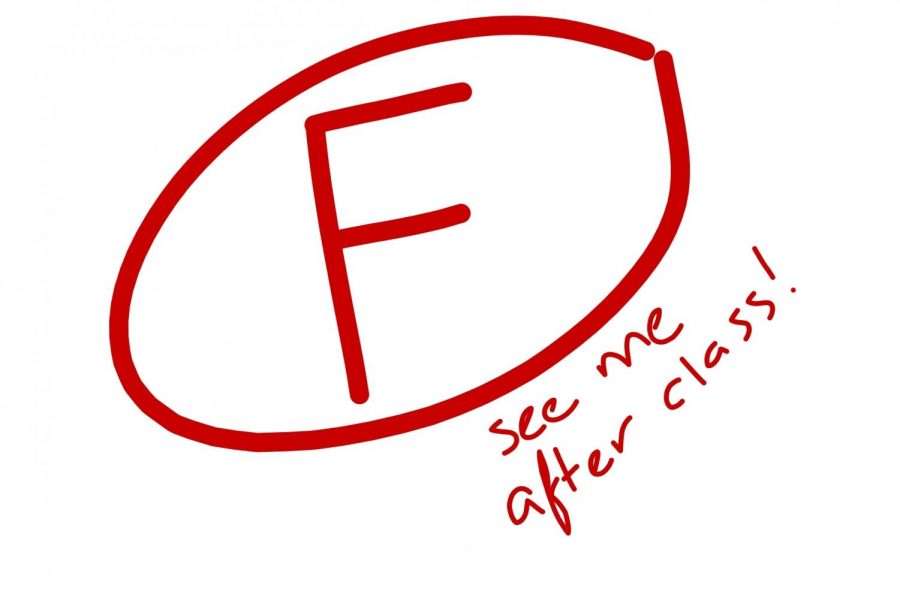 In the United States, we grade on a letter-based scale, which is determined by a percentage. The letters range from A being the best grade, to an F or an E for a failing grade. Funnily enough, most schools do not use an E in their grading system because back in the 1930s, there was a worry that it would be mistaken for “excellent”. Today, some schools, Pittsburgh Public Schools included, have switched back to E grades as a failing grade, because the F is just so stigmatized.

The current grading system is arbitrary, subjective, not truly reflective of a student’s strengths and weaknesses and breeds academic dishonesty. It creates an unhealthy learning environment in which people are more concerned about their grades than actually learning the material to the best of their ability, and pits students against each other to fight it out for valedictorian, which is not how learning should be. We need to adopt a grading scale that accurately measures the strengths of students and encourages a healthy environment where learning can flourish.

In the scientific method, when performing an experiment, it is essential that variables are operationalized, meaning that they are standardized in their measurements so we know exactly what we are measuring and so they can provide an accurate read of the sample population — in this case, the students. Theoretically, this is how grades should behave — they should give an accurate, unbiased, standardized measurement of how well a student performs. If a researcher proposed our current letter-grading system as a scale for survey results in a psychological research study, it would not be used because it is not a valid way of measuring student success.

With a letter-grade system, what kind of work constitutes an A or a B differs from teacher to teacher. Some teachers offer extra credit, some don’t. Some allow for looser deadlines, some don’t. Some will fail you based on how well you follow MLA style, and others beg you not to use MLA at all. Some class grades are made up of plenty of small assignments over time, while others are just based on two big exams. The teachers and their administration decide what questions to ask on tests, how much homework assignments are worth and if they give partial credit. But the teachers aren’t at fault — it is the fault of an inaccurate and inefficient grading system that is focused on the numbers rather than learning quality.

In the current grading system, academic achievement and effort are unevenly weighted and subjective, and just one letter cannot show a student, their parents or a university whether they’re not putting in the effort they need to, just aren’t meeting the baseline for academic achievement in that level or are just turning some things in after the deadline.

The most important thing about the balance between academic achievement and effort in the grading system is that it doesn’t accurately reflect a student’s aptitude to do well. Angela Duckworth, one of my favorite psychologists, specializes in the study of grit — passion and perseverance for long-term goals. Her research suggests that students with higher levels of grit do better in school and in the long run. And yet, grades do not measure grit.

No one student is the same as the next. One of the most significant downfalls of the letter-grade system is that it actively works against students with learning disabilities, developmental disorders and mental illnesses. Because letter grades do not measure effort or grit effectively, the students that may take longer to learn certain skills and ideas or learn them in different ways are left behind.

The letter-based grading system is not the only grading system out there. Pass/fail grades, master/passer grades and narrative grades are all alternative options to the current grading system that foster a healthier learning environment, are beneficial for students in reducing pressure to get A’s and broaden what success in learning can look like.

Narrative grades, however, take the cake for being the best kind of grading system out there, and I wish I had had something similar when I was in grade school. Pass/fail and master/passer grading systems still do not create an open line of constructive criticism between teacher and student, but narrative grades do. Narrative grades are a comments-based grading system in which teachers write an assessment of a student’s strengths and weaknesses. This form of grading is constructive, and based on the idea of a growth mindset — rather than just being labeled as a “B student,” students are recognized for communicating their ideas well in class but may need to work on turning things in on time. With a narrative grading system, not only is there dedicated space to improve, but there is also increased collaboration with teachers to help students reach that goal.

When students get a report card with a “C” on it, they have to ask the teacher why they have the grade they do. This is when teachers pull up their grade book and show the student missing assignments, or tests they bombed — none of which is helpful to the student to improve their grade. But if students are given specific skills to improve upon before the next grading period, they know exactly how to improve their learning on a larger scale rather than just completing the assignments for the grade.

This method also allows teachers to be more receptive to what they themselves need to improve on — if multiple students seem to be struggling with the same skill, it may be at the fault of the teacher. If a student’s effort in assignments suddenly drops, teachers may be more receptive to that change after taking the time to properly evaluate a student’s current strengths and weaknesses in the classroom, and then can address the problem.

To see how well a student will actually do in school and in life, seeing exact strengths and weaknesses, dealing with criticism and learning how to improve will make all of the difference.