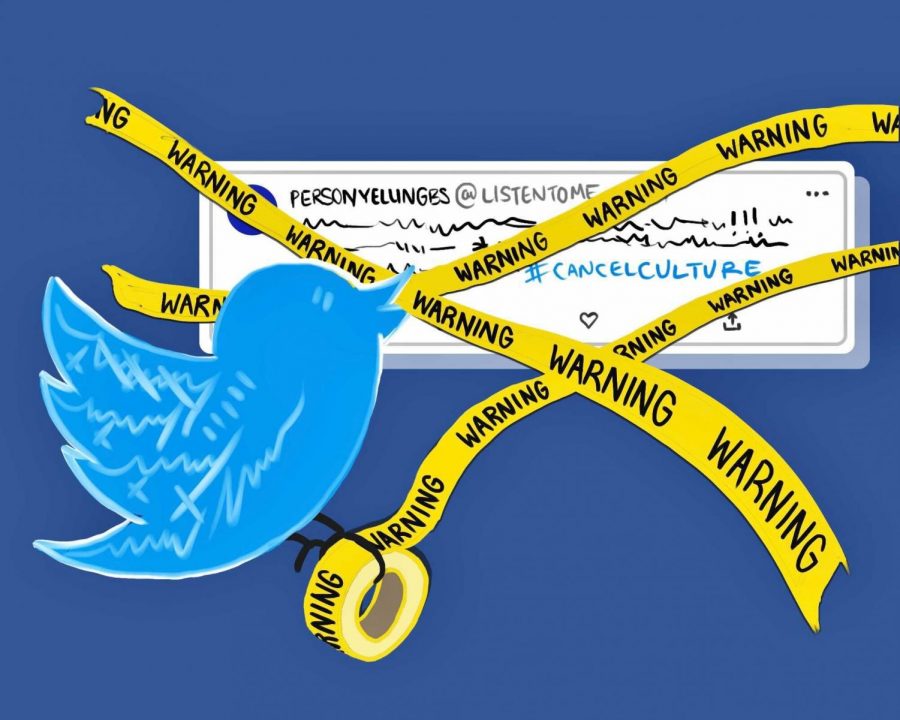 Rep. Jim Jordan, R-Ohio, called on the U.S. House Judiciary Committee to hold a hearing on “cancel culture” earlier this month, claiming it’s a “dangerous trend” that threatens to kneecap the First Amendment. His justification came off as hand-wringing over alleged conservative censorship more than a legitimate constitutional concern, but the situation is hardly surprising.

Conservative identity has been increasingly shaped by a persecution complex and an appetite for “alternative facts,” a trend accelerated by Donald Trump’s presidency. Those four long years left the Republican Party hollowed out of most policy substance beyond hampering America’s COVID-19 response and complaining about cancel culture — the modern term for the age-old concept of boycotting. They didn’t even write a new platform for the 2020 Republican National Convention, instead opting to recycle the 2016 platform and its more than three dozen references to President Barack Obama.

Even if it’s all they have left, we can’t allow Republicans to define the narrative around cancel culture. The idea that conservatives are having their perfectly rational ideas shamed out of the public discourse is self-serving and simply false. Trump’s incessant election lies have not earned a seat at the political table. Neither has Gina Carano’s shockingly insensitive comparison of conservatives to Holocaust victims or Steven Crowder’s racially charged criticism of Biden’s COVID-19 relief bill.

These figures have not been unreasonably canceled — they’re just facing, perhaps for the first time in their lives, the consequences of their actions. There’s plenty of space for tolerant ideas rooted in reality everywhere — from the halls of Congress to the dinner table. If you consistently operate outside of these boundaries, too bad. We live in a consequence culture and should be unapologetic in enforcing it.

When we don’t enforce it for fear of appearing biased, hate and misinformation gain legitimacy. We need not look any further than our own government for evidence of this.

The most recent elections produced a duo of pro-QAnon representatives — Lauren Boebert, R-Colo., and Marjorie Taylor Greene, R-Ga. — who are entirely detached from reality and seemingly addicted to playing the victim.

Boebert made the news in February for displaying several AR-15-style rifles, similar to the one used in the recent mass shooting in her home state, in her Zoom background during a House Natural Resources Committee hearing. This was in protest to a proposed ban of firearms in committee meetings, which Boebert would only comply with if the committee’s chair provided her with a personal security detail.

This demand is brutally tone deaf given the far-right’s role in the Capitol Hill insurrection, but like I said, she’s addicted to playing the victim.

Greene has made a name for herself touting QAnon conspiracy theories before and during her run for office. She endorsed the “Frazzledrip” conspiracy on Facebook in 2018, which claims that Hillary Clinton and her former aide Huma Abedin sexually assaulted a child, wore their face like a mask and drank their blood in a satanic ritual. She has also claimed online that 9/11 was “done by our own gov[ernment]” and the Sandy Hook and Parkland shootings were false flag operations designed to rally support behind gun control.

These representatives were elected to Congress in part because we made space for them online. Both representatives, but Greene in particular, should have faced a blanket ban from mainstream social media the second they expressed support for QAnon or related conspiracies. When a congressional candidate has a platform and uses it to tell such harmful and baseless lies, they must face consequences.

Of course, Trump spent years softening up the right’s regard for the truth. Tweets following the 2016 election claiming that Obama wiretapped Trump Tower and illegal immigrants voted en masse for Hillary Clinton should have warranted at least a suspension from Twitter, if not an outright ban.

Instead, Twitter tolerated these lies for years out of fear of a conservative exodus from the platform. He was eventually banned, but it was too little, too late. Trump’s online role in inciting the Capitol Hill insurrection is undeniable, and the legacy of his Twitter presence is still actively damaging our democracy. Just this week, Gov. Brian Kemp, R-Ga., signed a bill to protect against “voter fraud,” also known as disenfranchising Black Georgians through more stringent ID requirements, fewer ballot drop boxes and making it a crime to distribute food or water at polling places.

When it comes to people outside of government, such as Carano, social media bans may sometimes be too absolute of a tool for maintaining a healthy discourse. In these cases, social and professional ostracization suffice as consequences.

The most controversial of Carano’s multiple questionable posts compared Jewish persecution in Nazi Germany to the modern day political climate. Lucasfilm promptly fired the actress from her role in “The Mandalorian,” which Carano has since decried as evidence of a totalitarian mob bullying dissenters into submission. She’s even taken on a bit of an anti-cancel culture activist role, stating “They can’t cancel us if we don’t let them.”

Give me a break. The sane majority has no obligation to tolerate right-wing delusions and fetishization of oppression. Carano losing her job and getting a thorough public shaming are perfectly appropriate consequences for her insensitivity.

The “paradox of tolerance” — coined by philosopher Karl Popper — states that if a society is tolerant of intolerance, the intolerant voices will destroy the tolerant ones. If we make room for misinformation and hate on some high-brow freedom of speech basis, it’s a death sentence for the First Amendment. If Jim Jordan is so concerned with the health of our Constitution maybe he should read up on that.

True tolerance is allowing room for good faith mistakes and substantial apologies. Very few people on the left, if any, are waking up eager to cancel celebrities with slightly problematic tweets from a decade ago. Likewise, I’m not cutting off friends who I disagree with over health care reform or the best path forward in environmental policy.

Tolerance is not letting far-right ideas cower behind their own conceptualization of cancel culture until they have the levers of social and political power. People who knowingly spew hateful and false rhetoric should be minimized at every turn. Cancel your racist grandma for all I care. We can’t be afraid to take the mic away from those who refuse to help chart a course towards a more inclusive, equitable and tolerant America.

Jack Troy writes primarily about politics and SGB. Write to him at [email protected].