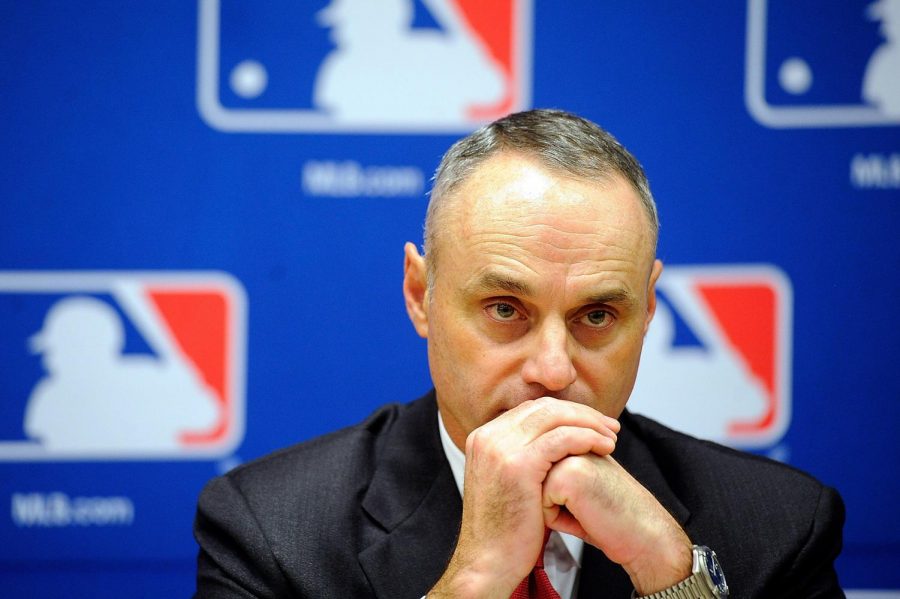 Talking about the disparity between men’s and women’s sports might seem boring and not exactly groundbreaking. But is there a way to get the public’s attention on women’s basketball?

Two weeks ago, while smack in the middle of Women’s History Month, a Tik Tok by Oregon women’s basketball player Sedona Prince went viral with more than 18 million views. Her video exposed how the women athletes in the NCAA tournament had a tiny area with a few dumbbells and yoga mats. The men had a full, state-of-the-art gym set up.

The NCAA explained this disparity by claiming the women’s facilities had less space to work with. Yet the same Tik Tok showed empty and available rooms nearby. More evidence followed shortly after — worse food, smaller gift bags and antigen COVID tests instead of the more accurate PCR tests that the men received. The message seemed clear — the NCAA would rather come up with illogical excuses than admit it didn’t seem to care about its women athletes.

Many have pointed out that March Madness, the brand that typically only applies to the NCAA Division I men’s championship, makes more revenue every year than the women’s tournament. But the NCAA is a nonprofit organization — its mission isn’t to make profit, but “equipping student-athletes to succeed on the playing field, in the classroom and throughout life.”

The NCAA should enhance the women’s tournament’s marketing by using the March Madness brand for both the men and women. Billions of dollars lay hidden in that slogan, from hefty sponsorships to social media accounts. For marketing, fans google the words “March Madness” more than “NCAA tournament,” the phrase the women get stuck with.

You’re hosting the women’s basketball championship anyway — which technically counts as March Madness, according to the NCAA’s trademark lawyer. Why not try to get people to watch?

The players received the necessary equipment to prepare for their games and an apology from NCAA Vice President for basketball Dan Gavitt. The NCAA also hired a law firm to focus on gender equity. But it sounds like it needs that help and more.

Major League Baseball is the most prominent professional baseball league in the world. Hundreds of players from all over the world travel across the United States and Toronto, showcasing their talents to millions of passionate fans. Superstar players like Juan Soto, Tim Anderson, Jacob deGrom and Aaron Judge put butts in the seats and eyes on the TVs.

But those players didn’t start in the majors — nearly every big leaguer has had a stint in their team’s farm system. The farm system, more commonly known as the minor leagues, consists of more than 100 teams across the country. With the popularity of MLB and its players, it’s important to understand why the minors remain significant in the grand scheme of things.

Several smaller communities don’t have the luxury of calling a big league team their own. Sure, states in New England will most likely support the Boston Red Sox, but fans still have to cross state borders to watch MLB games in person. The minors provided a great way for smaller communities to experience professional baseball, but MLB commissioner Rob Manfred has started to strip that experience with the removal of several minor league teams.

The teams in the minors primarily exist so major league teams can develop players without spending big bucks. But the teams that haven’t been cut by Manfred still provide an intimate baseball experience, not bogged down by the multibillion dollar industry. Fans sit closer to the field, teams give back to the communities and some teams have histories that predate those of major league teams.

Minor league baseball promotes an intimate baseball experience, and its history helps strengthen the sport’s lore. Even when there are less teams now, MLB would be nowhere near as popular without its minor league squads.

The Pittsburgh Pirates published their starting roster for opening day and, if outfielder Gregory Polanco was not starting, it could be the starting roster for the Altoona Curve. If one asked a casual baseball viewer the Pirates’ level of play based on their roster, most would guess Double-A or Triple-A.

The Pirates total payroll for the 2021 season is just under 49 million dollars. During the 2020 season, the Pirates made 44 million in TV revenue alone. That means that through ticket revenue, merchandise sales, concessions and more the team has way more money to spend on quality players than it has recently done. While Pittsburgh may have trouble competing with larger markets like New York and Los Angeles, the franchise has gotten drastically outspent by mid-tier markets like Milwaukee, Cincinnati and Cleveland.

It appears that Pirates owner Bob Nutting has purposely kept a Triple-A caliber roster to maximize profits. He doesn’t seem to have any interest in putting together a real professional team that has a hope of competing. The MLB should punish owners like this for poor performance, and what better way to do that than through relegation.

A structured system exists in European soccer — take the English leagues, for example. At the top lies the Premier League, followed by Football League One and Football League Two. After that sit the National Leagues and non-league teams. The bottom teams from each league get relegated, meaning they get demoted to the league under them, and the top teams either get automatically promoted to the league above them or compete in a playoff for promotion.

This system provides economic incentives to win. Relegated teams lose a lot of money in TV deals, as it is not nearly as profitable to broadcast a League One match than a Premier League match. In 2012, Harvard Political Review calculated that relegation would cost teams around 34.6 million dollars. This incentive is exactly what businessmen like Nutting need as motivation.

The Major League Baseball season got underway on Thursday, and baseball fans got their first glimpse of 26 of the league’s 30 teams. One of the marquis matchups of the day featured the New York Yankees — a team many have picked to win the World Series — playing host to the Toronto Blue Jays. The New York Yankees are considered one of the few elite teams in the American League along with the Chicago White Sox and defending AL Champion Tampa Bay Rays, with a larger group of teams hovering somewhere between decent and mediocre.

This middle tier is generally where experts have placed the Blue Jays — a team coming off of a 32-28 season where they finished third in a deep AL East.

But the young Blue Jays — if they stay healthy — will have a chance to prove themselves as an elite team in 2021.

With their young core and recent offseason additions, Toronto appears due for a breakout year while seemingly flying under the radar of baseball pundits and analysts. Pitcher Hyun-jin Ryu has established himself as one of the best pitchers in baseball, and while he enters his age 34 season, Ryu finished 3rd in the AL Cy Young voting last year and shows no signs of slowing down.

On the offensive side, the exciting young core of Cavan Biggio, Vladimir Guerrero Jr., Lourdes Gurriel Jr. and Bo Bichette remain from last season. Gurriel is the sole member of the group over 27 years old, and all four have shown the ability to produce at a consistently high level.

Add them to an already impressive roster, and you have a team that could make a deep run into October.

Pittsburgh is not an NBA town // Dalton Coppola, Staff Writer

Rumblings ripple throughout the NBA every few years of the possibility for expansion. The typical suggestions include bringing back the Seattle Supersonics and major cities like Las Vegas and San Diego getting their own team — even locations north of the border like Montreal and Quebec have received discussion as potential landing spots for a new team.

Pittsburgh, although not as popular among league officials, has been discussed as a potential landing spot for a new basketball team. Although it may seem exciting at first, this experiment would crash and burn in a dreadful way.

The City already boasts three of the most historic franchises in sports with the Penguins, Steelers and Pirates. The teams all don the same black and yellow colors that Pittsburgh has coined its own, building a united culture for the city’s sports.

Pittsburgh fans remain notoriously dedicated to these teams — adding an NBA team’s schedule to conflict with the Steelers’ late-season playoff push on top of an overlapping season with the Penguins would not bode well. It would simply become too difficult to convince fans to watch a struggling expansion team in a league with no parity — especially when well-established franchises with overlapping seasons already exist.

Not to mention, the NBA is a player-driven league — Pittsburghers would not handle the antics of “load management” and players forcing their way out of teams when they become unhappy. James Harden publicly criticized the Rockets, neglected to go to practice and explored trade options all while under contract. Situations like the notorious Antonio Brown saga, where the star receiver forced the Steelers to trade him, that outraged the City would become commonplace if it introduced an NBA team to the culture.

Pittsburgh sports fans need to be honest with themselves — is there really room for an NBA team in the Steel City? Unless fans can significantly reduce the amount of time spent watching their favorite teams on top of tolerating the headaches that NBA players induce, Pittsburgh should and will remain a city without a professional basketball team.