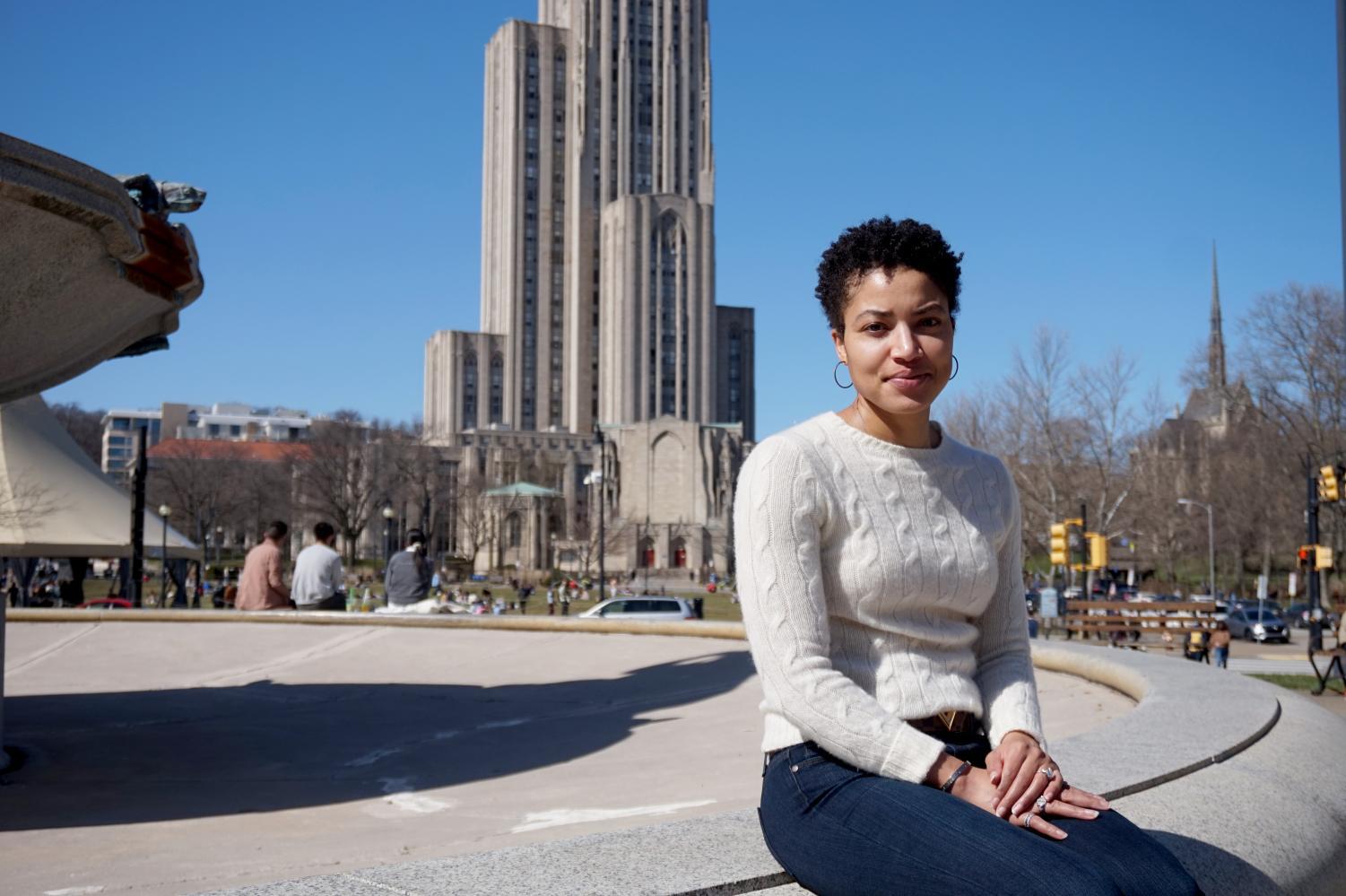 Growing up in Northern California, Alaina Roberts found her history classes to be relatively well-rounded. She learned about Native American history in her school, but as she grew older, and as she became a teacher herself, she learned that most of her students didn’t have this kind of background.

“We learned basic Native American history in elementary school, and a lot of it is tied to the mission system, which is in itself somewhat problematic,” she said. “But it's the idea that Native people don't exist that I hear from so many of my students all over.”

Not many people are aware that some Native Americans owned Black slaves. Roberts said she spent extensive time researching this combined history, particularly the interactions between Native Americans and Black slaves in Oklahoma, many of whom traveled there on the infamous Trail of Tears in the mid 1800s.

“What does Oklahoma look like, as a space where we have Black people, Native people and white people living there?” Roberts said. “They’re trying to call this place home and basically fighting over who should have a claim to this space.”

This didn’t hold much significance to Roberts during her childhood, but once she got to college, she discovered that she wanted to bring light to the history of people like her ancestors, who have been left out of history books for far too long.

Even though Roberts has only been at the University for three years, she has already made a significant impact on the history department and the course diversity for Pitt’s undergraduate students, according to former student Sydney Massenberg.

So when it came time for Massenberg to propose that Pitt add a mandatory Black studies course, she said there was no one she would have wanted by her side more than Roberts.

Massenberg initially proposed the course in June through a Change.org petition after the massive summer protests sparked by the killing of George Floyd at the hands of Minneapolis police. Months later, Massenberg’s proposal for a required Black studies course has reached far and beyond its initial roots.

Massenberg, who graduated last year and is now attending law school at New York University, said even though she isn’t a student at Pitt anymore, she feels confident that the proposal’s future is under Roberts’ watchful eye.

“She offered to sort of take over for me and do all of these things on my behalf, which I really appreciate because I really trusted her expertise and I knew we were on the same page,” Massenberg said.

Roberts has worked closely with John Stoner — a senior lecturer of history, as well as the co-chair of the University Senate’s Educational Policies Committee — to get this proposal off of the internet and into the University’s formal channels.

Stoner said though the University has not implemented the proposal into its curriculum as of yet, he’s impressed with Robert’s dedication to the cause and the proposal’s driving force to change the way we learn.

“I think it sends a message to the world about the kind of culture that it wants to create that will make Pitt welcoming to communities that it still struggles to serve, and to attract,” he said. “If she's willing to keep fighting this fight, I certainly look forward to having her as a partner and a leader in that regard.”

Despite hope for the future of the Black studies course, it might still have a long way to go — as of now, it’s working it’s way slowly through the official channels. Massenberg presented her case to the EPC with Roberts’ support late last summer, and now the proposal has moved on to a special committee.

Formed shortly after Massenberg’s presentation, this committee consists of members from the Educational Policies Committee, the University Senate’s Equity, Inclusion and Anti-Discrimination Advocacy Comittee and a handful of outside members specifically to address the course proposal.

This joint force committee, while not yet named, has been meeting since the late summer, though there have been a few roadblocks put up in place, according to Stoner. Firstly, determining the content of the course and how it would be taught across multiple disciplines, and secondly, how to make sure every school at Pitt could work it into their requirements.

Roberts' concern was chiefly how to make sure that the course is multifaceted and as accurate as it can be. This course shouldn’t just rely on history, but sociology, economics and other fields in which not every professor specializes.

“It’s difficult logistically, because I could not teach things on sociology,” Roberts said. “I'm a historian, so there would be multiple people who would have to be brought in to be able to do that in some kind of way.”

Either way, Roberts said she is determined to stay involved until the process is finished. Many of her colleagues said they noticed this determination and drive from Roberts when she started working at Pitt only a short time ago.

Lara Putnam, a professor of history, said she distinctly remembers when Roberts applied for a postdoctoral fellowship at Pitt three years ago, particularly because of the special area of research Roberts does at the intersection of Black and Native American history.

“She's doing cutting-edge research that's really unique nationally,” Putnam said. “And she's also deeply committed to bringing this into the classroom and to bring it out into the broader public, which is work that's urgently needed.”

Putnam, whose own research specializes in Latin American history, said researchers are eager to speak with Roberts, because often the things Roberts studies mirror the forgotten or muddled facts of their own research that they’re aiming to uncover.

“People who study 19th-century U.S. history, are eager to collaborate with her, and invite her to speak,” Putnam said. “There are lots of interesting and important parallels and comparisons and contrasting aspects of the stories that she is investigating.”

For Roberts, her desire is to simply untangle the sanitized idea many people have about U.S. history, particularly Black history. She said she wants to not only make sure the facts she presents are as truthful as they can be, but to make sure her students understand why they’ve learned history where many stories have been left out.

“It’s very simplistic and totally untrue. Because it's far more complex. And no one wants to tell the complex story,” she said. “For example, Black people could vote in a number of states in the 1700s. And then that was taken away. That doesn't make the U.S. look very great, does it?”

Massenberg said Roberts addresses many of these infrequently discussed parts of history in her classes. She felt that Roberts’ teaching style helped introduce students to talking about the communities often dismissed in typical history discourse, as well as learning how to address these potentially sensitive topics.

“Her class was just an amazing environment for learning and having conversations with people,” Massenberg said. “I think her style of teaching and her approach to education is just what makes her so amazing. And that's definitely why she's touched so many hearts.”

Since she started teaching at Pitt, Roberts has made an impression on her students and her co-workers. She recently published a new book, “I’ve Been Here All The While: Black Freedom On Native Land,” on the history of African American and Native American interactions in Oklahoma. She’s also created new history courses such as The Black West and Natives and Newcomers, highlighting her area of study and adding new opportunities for students to learn about Black history.

The Black West focuses on Black history in the western regions of the United States, weaving together their narratives with those of Native people in the area. Putnam said these kinds of classes start the process of erasing the cartoonish, whitewashed history so many students are taught in high school.

The American history that many people have learned focuses on the narrative of white Americans, according to Roberts, and diminishes the stories of other communities, such as African Americans and Native Americans, by not covering the full breadth of history.

Roberts hopes to implement a learning environment that tells a diverse spectrum of stories not only with her research, but also as a teacher. She said her work is not just about educating students, but also understanding American history at a deeper level with the respect and detail that it deserves.