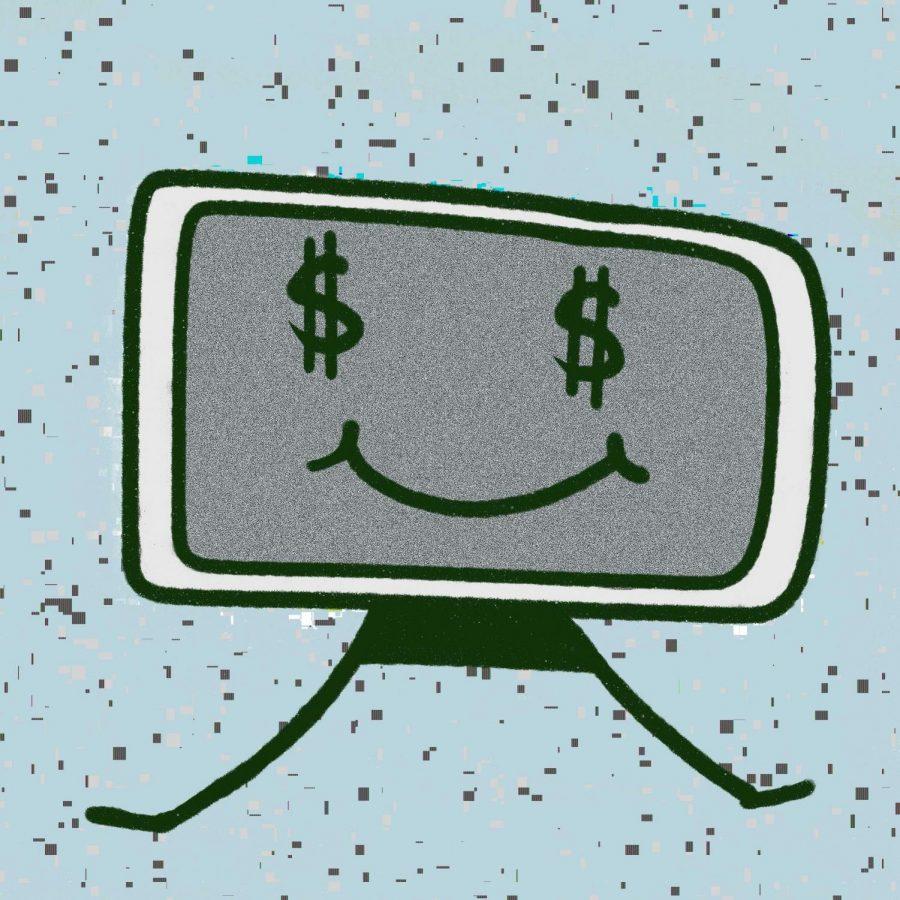 When you think of countries with massive propaganda campaigns, which ones come to mind? Perhaps North Korea, or maybe China. Rarely do Americans consider that the media in their own nation is indoctrinating them in certain ways.

World-renowned intellectual Noam Chomsky is credited with saying, “He who controls the media controls the minds of the public.” In their book “Manufacturing Consent,” Chomsky and co-author Edward Herman lay out the framework for American propaganda. The main conclusion to draw from this reading is that U.S. mainstream media networks primarily serve to assemble public support for the special interests that dominate the government and private sector.

The special interests in question are industry leaders such as Amazon, Walmart and Exxon. These companies, and others of similar value, make most of the major decisions in this country. These special-interest groups pay millions upon millions of dollars to get certain politicians elected so that they can do their bidding and staff corporate executives in government positions.

Because this is the way that our economic and political system is set up, we need to realize that the media operates the same way. The primary objective of mainstream media networks is not to inform you, but to shape your worldview so it satisfies the needs and interests of these special interest groups. They want to warp your worldview because their capitalistic impulse is to make as much money as possible. The best way to do so is to work in accordance with industry leaders and do their bidding. When dealing with mainstream news networks, there is no “liberal” or objective news media — there is only the corporate news media.

Following the merger of Viacom and CBS, just five corporations own 90% of the media in America — Comcast, News Corp., Disney, ViacomCBS and Time Warner. Under our economic system, the principal focus of these five companies is to make as much money as possible. According to Chomksy, the only way for these companies to do so is to systematically propagandize the masses. A great way to enable this propaganda is to give people the illusion of choice. If people think they’re getting the full range of ideologies from all of the mass media networks, then they won’t question anything that falls outside those bounds.

While I do concede that there are cultural differences between networks like CNN and Fox News, their goals are entirely the same. Networks like CNN, NBC, CBS and ABC play to their viewers’ biases just like Fox News, Newsmax and One America News Network play to theirs — the former organizations pander to Democrats while the latter pander to Republicans. Essentially, these mainstream news networks have set viewer bases because they cater to our confirmation biases.

Because of these consistent network demographics, these networks, industry leaders and advertising firms can influence the masses at the drop of a hat. They can shape a narrative in any way they want, and it can be justified because of their clout. This is where Chomsky gets the term “Manufacturing Consent” from. The mass media can push narratives and storylines and networks have your consent to do so, since you have to go to them for information. Of course, nothing can be too outlandish, but the mass media has an enormous amount of power to determine, shape and restrict the boundaries of debate. For example, take a look at media coverage of the United States’ military policy.

Retired four-star Gen. Jack Keane has made many appearances on Fox News and Fox Business as a trusted source on military issues since he stepped down from his position in the military. But Fox conveniently failed to mention that he is executive chairman of AM General — one of the leading defense contractors who produces various tactical military vehicles. In other words, Keane has a vested interest in the military industrial complex. The audience never got the chance to realize that every time Keane discussed a certain policy decision, he may have had dollar signs in his eyes.

But don’t think for a second that this is just a Fox News bias. NBC News and MSNBC often give retired Adm. James Stavridis a platform to air his thoughts on military policy. And just like Fox News, they usually fail to mention that Stavridis currently works for the Carlyle Group and McLarty Associates — two groups who benefit from the military industrial complex.

Retired Adm. James Winnefeld Jr. has appeared on CBS to give his opinion on U.S. military policy. He also currently serves on the board of Raytheon — a massive defense contractor. And, you guessed it, CBS failed to mention his role as a board member of a billion-dollar company that directly benefits when the United States goes to war. If I go on CBS or one of these other networks to argue why the United States should withdraw all troops from the Middle East, I’m giving viewers my opinion without a conflict of interest. But if someone with direct ties to the military industrial complex gives their take, they’re just indirectly promoting their business.

All of these examples paint a picture of one of the many biases that the mainstream media has, due to the networks’ corporate connections — specifically, this bias is one that supports the military industrial complex. And even with the notion that some of these networks are more “liberal” than others, any argument that attacks the status quo from the left’s point of view is taken as ridiculous, outlandish or radical.

In fact, these networks seem to not want to really promote any progressive ideas, such as universal health care or ending wars, because the industries that would object to these proposals work with these mainstream networks — directly or indirectly. Sen. Bernie Sanders, I-Vt., was given far less coverage than more moderate candidates such as Pete Buttigieg or Joe Biden, despite leading the polls consistently in the beginning of the presidential race.

I’ve shown how the mass media directly employs, or offers screen time, to corporate executives who profit off of the military industrial complex. Indirectly, mainstream news networks obtain ad revenue from the pharmaceutical industry — an industry that would lose a lot of money for shareholders if universal health care was enacted. This is also why I believe the mainstream media implies that universal health care is impossible to pass. These are the mass media biases that constrict the bounds of debate.

According to Chomsky’s propaganda model theory, the mainstream media is a business looking to sell something — you, the viewers. Media sells viewers to the highest bidders — oil giants, tech giants and other gigantic corporations that really influence the way our society functions and operates. If all of CNN’s viewers stopped watching tomorrow, it would still be making money from all of the advertisers who pay them to get their products prime media time. Based on what I’ve seen from CNN and Chomsky’s theory, I really don’t believe that the network cares about giving viewers objective news or keeping them informed. I think it only cares about getting as much money as it can from advertisements.

With all of this in mind, the key takeaway is that the mass media is essentially altering the narrative in a way that benefits them the most. Networks are selling an image of the world to their massive audiences, in part with the corporate giants who keep them afloat. This image satisfies the needs and interests of the billionaires who benefit from our economic system.

So should you not listen to anything the mass media says? No. It is the bigger picture that gets warped as these mainstream mass media networks ultimately determine what the major news stories are. Unfortunately, the local news media tends to follow suit as well, considering that many local news stations are just corporate affiliates.

When looking at a story from one of these networks, take it with a grain of salt. Just remember that the mainstream media operates on a propaganda model. Work under the assumption that you are being fed this information for a reason — whatever it may be. The next time you hear someone on mainstream media arguing against universal health care, remember that the network likely takes money from the pharmaceutical industry.