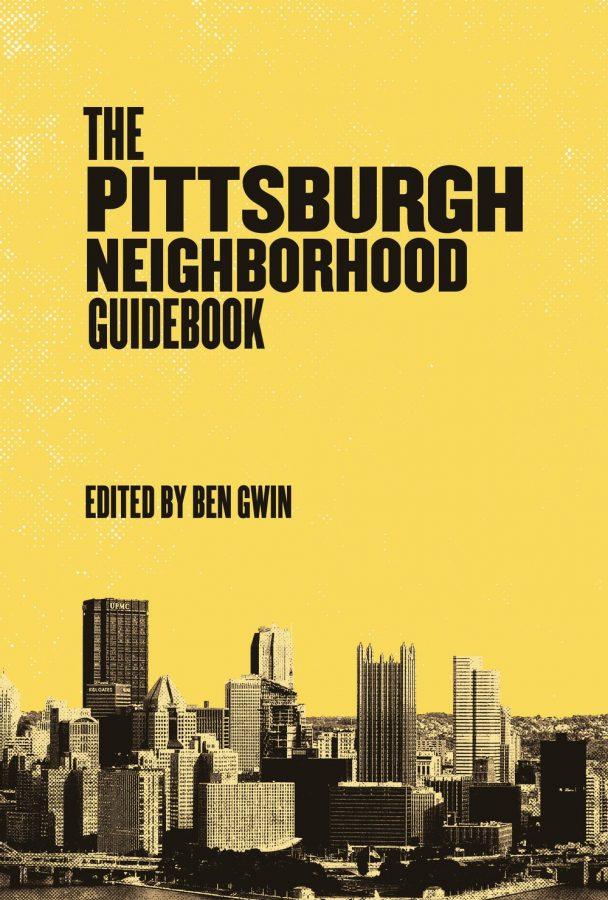 “The Pittsburgh Neighborhood Guidebook” is part of an anthology series from Belt Publishing that chronicles the many faces of cities in the Rust Belt.

What does Oakland look like as a neighborhood? College students strung across Flagstaff Hill with picnic blankets and wine bottles at night. Ambulances speeding down Forbes on their way to Presby. Cathy standing as a beacon to us all from miles around.

This is just one neighborhood of Pittsburgh, but there are so many more to explore, none the same. In “The Pittsburgh Neighborhood Guidebook,” which was released on Tuesday, the local writers of Pittsburgh are telling the world about them.

Edited by Ben Gwin, a native of New Jersey who has family ties to the Pittsburgh area where he now lives, “The Pittsburgh Neighborhood Guidebook” is part of an anthology series from Belt Publishing. The anthology series chronicles the many faces of cities in the rustbelt like Detroit, Cleveland or Chicago.

White Whale Bookstore, located in Pittsburgh’s Bloomfield neighborhood, will hold a launch event for the book on Friday at 7 p.m. via Zoom. Tickets can be purchased for free on Eventbrite.

Gwin, who was asked by Belt Publishing to helm this project, said it was a long and daunting experience, especially because he started collecting stories just before the COVID-19 pandemic swept over the country.

“I mean it was in the middle of like COVID. And do I want to keep following up and badgering these people for an essay?” Gwin said. “I didn’t really know what to do. So it was interesting.”

But despite Gwin’s initial hesitancy about getting the anthology filled with essays and stories, he reached out to local Pittsburgh writers he knew, and word spread in the community. He also sent out a public call for submissions through Belt for anyone interested in participating.

Brian Broome, a Pittsburgh native and writing instructor at Pitt’s English department, had one of his pieces published in the East Pittsburgh section of the book. His short story “79,” named for the 79 bus, focuses on the East Hills neighborhood.

The East Hills, located on the very edge of the City, is a predominantly Black neighborhood often forgotten by the news according to Broome, unless it’s to report on a recent crime or the creeping threat of gentrification. Broome said he wanted to write about the East Hills and the people who live there because the media often only displays them in one way.

“I wanted to highlight the fact that the people in this neighborhood are real people,” Broome said. “People can’t be seen as just a monolith, I mean, there are really good people in the East Hills but it only seems like the negative gets reported in the news.”

There are many pieces in the book that depict the neighborhoods of Pittsburgh in this raw and unabashed way. Gwin said it was one of his favorite parts about the stories. These writers conveyed what life was like “before” the pandemic that now dominates everyone’s lives — the good and bad parts about it.

“I think it’s interesting coming out of one of the most eventful and turbulent years that we’ve had and everything just encapsulates ‘before,’” Gwin said. “You know, things still weren’t ‘great’ either for a lot of folks. But it’s also a good time capsule of where things were before everything came to a head.”

But the anthology also contains some exploitative pieces in a more joyful light. One of which — “The Squonk of Beltzhoover” by Almah LaVon Rice — plays with fantastical and speculative fiction in the setting of her own neighborhood of Beltzhoover in southern Pittsburgh.

Her story focuses on a sighting of the American cryptid, the squonk, a small boar-like creature covered in warts that’s said to roam that forested woods of northern Pennsylvania.

LaVon Rice said she was initially surprised to find her piece accepted into the anthology because of its more unusual subject matter. LaVon Rice said she identifies as a “fairy marsh monster,” as in she’s always felt an affinity to the magical and mysterious aspects of the world that are often misunderstood. She said this piece simply served as an extension of her lifestyle.

“So for me, speculative fiction isn’t something I write, it’s something I live. I was like ‘okay, this is how I live in my neighborhood, probably won’t work for you but here you go,’” she said. “And I was actually surprised to find that he accepted it enthusiastically.”

But this connection to nature extends beyond LaVon Rice’s possible encounter with a squonk. She said Pittsburgh itself is more integrated with the wild than people might think, and she has had encounters with wild turkeys, foxes, deer and even her favorite hummingbirds.

“We’ve got this big park across from my street … but in a few minutes I could be Downtown,” she said. “I read a while ago that compared to a lot of cities in the U.S. it’s pretty compact. So you’ll have a lot of wild creatures in the city, like there was a bear in Penn Hills last year.”

Not all of the pieces in the book focus just on neighborhoods in the City. Bowie Rowan, who will be a part of the Friday launch event, wrote their piece of the Pittsburgh suburbs through the lens of school shootings in the area.

Rowan said it wasn’t what they initially set out to write at all when they were asked by Gwin if they could contribute to the anthology, particularly because it has a dark subject matter. But they felt compelled to write it after realizing how vulnerable their open campus was, especially with mass shootings on the rise in recent decades.

“The more I researched the campus I started thinking about mass shootings and was then going back in my memory, but also fact tagging it with research about shootings that have happened in the Pittsburgh area,” they said. “I have to write about this. I haven’t read anything in relation to Pittsburgh, that really talks about this outside of some of the news stories I quoted.”

According to Rowan, their story is more focused on empathy and a call for compassion in the face of these shootings, and depicts a truer and rawer Pittsburgh — especially in comparison to the way the City is advertised as a shiny, up-and-coming place to live to people unfamiliar with the area.

Rowan said in reading the anthology, they hope people can understand more about what it means to come into Pittsburgh as someone who isn’t familiar with the area, and especially how this will impact the neighborhoods in which they choose to live.

“I do think in cities like Pittsburgh where a lot of people are coming … for more affordable cost of living and maybe opening up their own businesses and all of that, it’s really easy for people to lose sight of the community they’re becoming a part of when they’re a transplant,” they said.

Broome also said he wanted the book to represent Pittsburgh truthfully — its good aspects and its bad. He said hopefully, when reading the book, people come upon not just the community of writers that call it home, but the general populace who all live very different lives in the same City.

“I also see that it’s a City that’s changing,” he said. “And even though we’re often called the most livable City in the world we have to ask ourselves, well, to whom is it most livable?”