Preview: Pitt baseball hoping to make up ground in series vs. No. 18 Miami 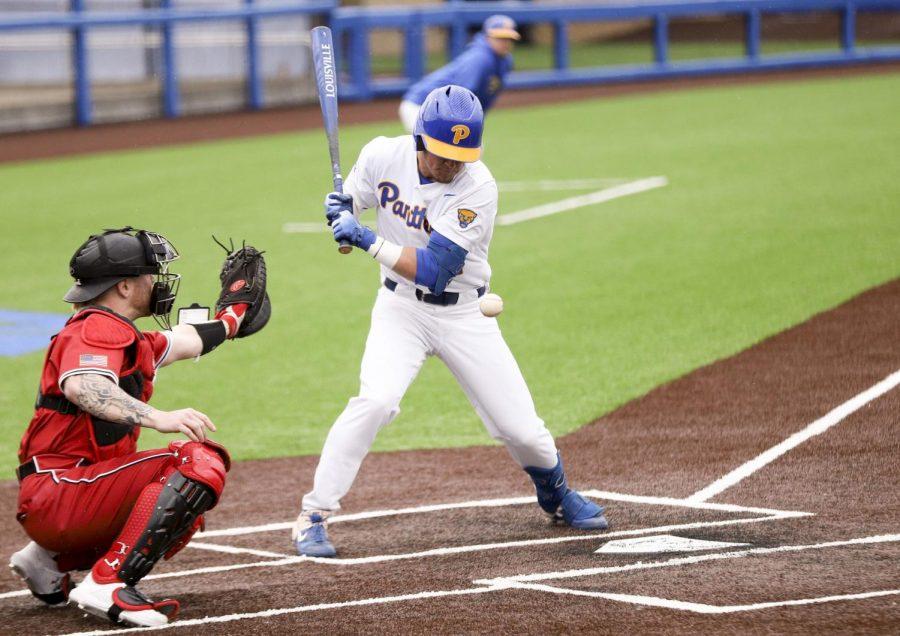 After knocking off rival West Virginia in the most recent edition of the Backyard Brawl, No. 24 Pitt Baseball (14-10, 9-9 ACC) will look to build on their momentum against the No. 18 Miami Hurricanes (17-8, 10-7 ACC) starting on Friday in Pittsburgh.

After knocking off rival West Virginia in the most recent edition of the Backyard Brawl, No. 24 Pitt Baseball (14-10, 9-9 ACC) will look to build on their momentum when the No. 18 Miami Hurricanes (17-8, 10-7 ACC) come to town for a series starting on Friday. The Panthers will look to put an end to their recent woes in ACC play against a streaking Miami team.

The Panthers have alternated wins and losses in their last four contests and hope to establish a foothold in the ACC Coastal standings, where they currently sit in fourth. Pitt has lost five of its six most recent matchups against ACC opponents, dropping two of three to Notre Dame (13-5, 12-5) and a three-game sweep to the hands of Virginia Tech (16-9, 11-7).

Pitt won its most recent affair by a score of 5-1 against rival West Virginia on Tuesday. The game featured senior starting pitcher Chris Gomez, who went seven innings, yielding just one run and striking out three Mountaineers.

Junior Chase Smith and senior Jordan McCrum both relieved Gomez, pitching a combined two shutout innings to seal the home victory. The Panthers also swung the bats well, as junior infielder Bryce Hulett picked up two hits and a walk on the day, driving in two of the Panthers’ five runs.

“We were in a bit of a rut,” senior infielder David Yanni said after the win, “It’s good to see we had a lot of good at-bats today and we hit the ball hard. We’re just gonna build on that going into the weekend.”

On the offensive side, the Panthers are headlined by senior outfielder Nico Popa and junior outfielder Ron Washington Jr. Popa leads the team in hits with 35, while Washington is tied for second with 31. Both Washington and Popa have started all 24 games for Pitt this season and have been foundational pieces of the lineup all season.

Pitt’s starting nine also features the power-hitting Yanni, who has nine home runs to his name, and sophomore outfielder Kyle Hess, whose .301 batting average is good for third on the team. Both Yanni and Hess have also started all 24 games for the Panthers.

From a pitching standpoint, Pitt has leaned on the likes of junior starters Mitch Myers and Matt Gilbertson, and will likely continue to do so for the foreseeable future. Both Myers and Gilbertson have each logged over 44 innings this season, with no other pitcher reaching the 30-inning threshold. Myers owns a 2-4 record with a 2.56 ERA and 48 strikeouts over seven starts.

Myers’s best performances include a complete game against Virginia where the righty allowed just one run and a six-inning shutout win over Florida State in which he struck out 13. Gilbertson sits at 3-3 through seven starts with an ERA of 3.43, his most recent win consisting of seven innings of one-run ball in Sunday’s win against Notre Dame. Both are expected to toe the rubber this weekend against Miami.

The Hurricanes are riding a six-game winning streak heading into their weekend series in Pittsburgh, with victories against the likes of Duke, FIU and Virginia. Miami currently sits in third in the ACC Coastal standings, but is just a half game out of first place. In their most recent ACC series against Duke, the Hurricanes outscored the Blue Devils by a combined score of 21-7 in a three-game sweep.

Miami’s deep lineup was put on full display in their Wednesday night affair with FIU, as six of their nine starters tallied a hit in the Canes’ 8-3 victory. The lineup is led by the Del Castillo brothers — sophomore catcher Adrian and junior outfielder Christian. Christian, the elder brother leads Miami with a .340 batting average while Adrian doesn’t fall far behind with a mark of .316.

A series win for the Panthers would help them keep pace with the top three teams in the ACC Coastal division who have mounted a two game lead on Pitt and the rest of the field. After getting off to a hot start to ACC play, the Panthers have spent the better part of two weeks playing catch-up to Miami, Georgia Tech and Virginia Tech.

Pitt will look to regain their traction against the Hurricanes starting Friday afternoon at Charles L. Cost Field. First pitch is at 3 p.m.