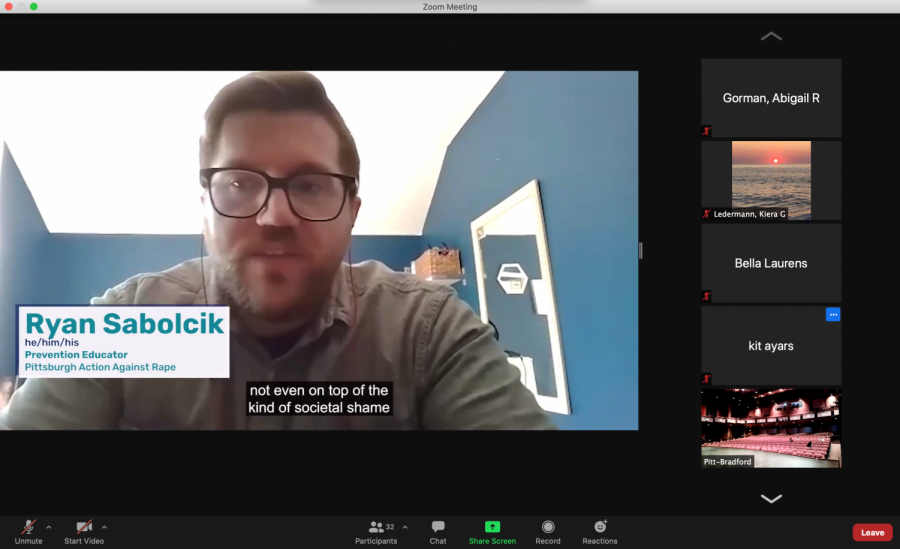 Pitt SAFE peer educators, Student Government Board members, clinicians from the University Counseling Center, and members of Pittsburgh Action Against Rape gave presentations in support of community members who have experienced sexual violence. The event, which in previous years had been held as a candlelight vigil, took place on Zoom.

Pitt’s annual candlelight vigil, held Thursday night online, was without candles yet illuminated a path to healing for survivors of sexual violence.

Danielle Floyd, a sophomore and chair of SGB’s wellness committee, said we need to commit to fighting sexual violence now, at a time when one in five college-age women experience sexual violence.

“Every act of sexual violence directly undermines the values of the Pitt community and so does every act of retaliation against those who choose to report this crime,” Floyd said. “Together we must strive to create a culture of prevention, accountability and respect for survivors.”

Pitt SAFE peer educators, Student Government Board members, University Counseling Center clinicians and representatives of Pittsburgh Action Against Rape gave presentations in support of community members who have experienced sexual violence. The event, which in previous years had been held as an in-person candlelight vigil, took place on Zoom.

The word vigil derives from the Latin word meaning “to keep watch,” Eva Price, a senior nursing student and SAFE peer educator, said. Over time, the word evolved to mean “a time devoted to mindful wakefulness, of prayer and commemoration.” The vigil commemorates survivors, aspects of whose healing are often overlooked, Price said.

The UCC provided a Zoom breakout room for private counseling that was available during the event. Seth Young, a clinician at the UCC, said resilience is not just about recovering.

Young said the recovery process looks different for everyone. Therapy, he said, often comes with not only healing and rebuilding, but also honoring the types of feelings associated with experiencing sexual violence.

Ryan Sabolcik, a prevention educator at PAAR, said the organization works to meet the needs of survivors in Allegheny County. PAAR — which offers counseling, as well as a survivor response team made up of medical and legal advocates — was founded in the mid ‘70s when a group of women met to talk about their experiences with sexual and domestic violence, Sabolcik said. It then evolved into a sexual assault crisis help line.

“Really understanding that PAAR kind of began by people gathering and talking about their experiences and talking about the needs that they have, I think that’s a really good kind of message that we can bring into this space too, because when we think about survivors of sexual assault, the needs are going to be very different,” Sabolcik said.

According to Sabolcik, a “spectrum of participation” exists when it comes to experiencing sexual assault, which is why he said it is important to pay attention to individual needs.

“There may be some people who have a lot of barriers that we aren’t seeing that they may need to work through in order to feel comfortable or feel like they are in a place where they are safe to disclose,” Sabolcik said. “If it’s somebody that you know, if it’s somebody that you care about, comes to you with any sort of issue regarding sexual violence or anything like that, knowing what works for them is very helpful.”

Regardless of where a person is on the path to recovery, Sabolcik said survivors are seen.

“My message to survivors is no matter where you are in your process of disclosure, whether you’re disclosed, whether you’re trying to, whether you don’t feel comfortable or safe, your experience is valid and we really do see you,” Sabolcik said.