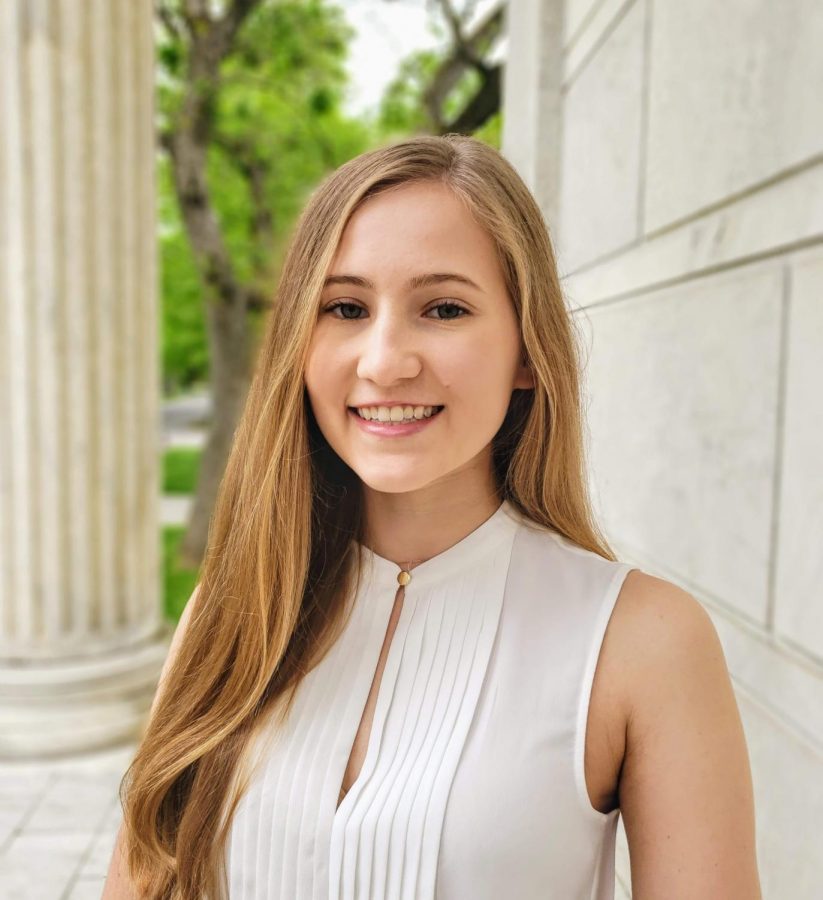 Joanna Gorka is one of 15 Pitt graduates who won U.S. Fulbright Scholarships for 2021. The Fulbright Scholarship Program — an international, educational and cultural exchange program that sends Americans abroad to participate in research — allows students to enroll in graduate degree programs or teach English.

Evelyn Bigini’s Fulbright scholarship has allowed her to “meet wonderful people” from all over the world who have helped teach her about environmental sustainability and cultural differences internationally.

Bigini — who graduated last spring with a degree in nursing — is pursuing a Master of Science in Global Health at Maastricht University in the Netherlands. She is also completing an online Human Rights and Global Health elective track from Thammasat University in Thailand.

“Although we come from different places and may go about doing things in different ways, they have taught me that core values extend beyond borders,” Bigini said. “While I have not been able to travel around Europe while I’ve been in the Netherlands, I have gotten closer to the people in Maastricht since we’ve been ’stuck’ here.”

Bigini is one of a record 15 Pitt graduates who won U.S. Fulbright scholarships for 2020-21. The Fulbright U.S. Scholar and Fulbright U.S. Student programs are part of an international, educational and cultural exchange program that sends Americans abroad to participate in research or to teach. The U.S. Department of State’s Bureau of Educational and Cultural Affairs sponsors the program to support academic exchanges between the United States and more than 150 countries.

Lesha Greene, a scholar mentor in the University Honors College and Fulbright program adviser for undergraduate and graduate students, said applying for a Fulbright scholarship is a long process. She said the application is open from March until early October. There is also an interim Pitt deadline at the end of August so the advisers can spend the remaining time with students perfecting their application. The decision results come out between March and May the following year.

Greene also said scholarship allows students to become a part of a global community. She added that despite the COVID-19 pandemic, there were a record number of applications this year. The Fulbright program gives about 8,000 grants annually, with about 2,000 going to U.S. students.

“Fulbright alum become part of a global network,” Greene said. “With Fulbright, you get the chance to see the world, engage in a different culture all while pursuing your goals.”

Joanna Gorka found out about the Fulbright fellowship coincidentally while she was already studying abroad in Austria and Slovenia via Pitt’s Comparative Healthcare Program in 2018.

“I met an individual who was pursuing a Fulbright fellowship and I learned about what a great opportunity Fulbright was,” Gorka, a 2020 graduate in microbiology, said. “Winning a Fulbright became my new goal.”

And just three years later, Gorka achieved this milestone. She planned to use her Fulbright fellowship in the Institute of Bioorganic Chemistry in Poznan, Poland, to study cancer-driving gene mutations and possible cancer therapies. She added that she’s always been interested in cellular disease mechanisms, particularly cellular metabolism, genetics as well as developmental biology and hopes to bring this knowledge with her to medical school.

“My interest in oncology stemmed from my experiences working in Dr. Prochownik’s lab at UPMC Children’s Hospital, in which I worked on various projects exploring tumor metabolism in liver cancer,” Gorka said. “I am intrigued by the process of translating such specific, molecular findings to clinical settings in a way that progresses the field and brings hope to patients.”

But due to the COVID-19 pandemic and travel restrictions, Gorka said her grants were delayed for a year in 2020. But she plans to use her Fulbright later this year.

Gorka said that while applying for this competitive scholarship was a “long and difficult process” with writing and rewriting essays, she is thankful for the help she received from her family, friends and the Honors College faculty. She also said she thinks she learned a lot from the process.

“I was extremely proud of the application I submitted. It was a long and difficult process, but I feel that I am now able to more effectively articulate my passions for science and medicine,” Gorka said. “Although I knew that the competition for Fulbright is steep, I was hopeful about my chances. Even if I did not win, I felt as though the process helped me to develop a new level of confidence about my goals.”

Dominique Gabrielle Vickers also graduated last spring with a degree in biological sciences. She said she first found out about the program from a friend who received the scholarship in 2018, but was “intimidated” to apply at first because of its prestige.

“Originally, I was super intimidated by the scholarship’s prestige and really didn’t think that I would apply at all,” Vickers said. “But my friend who won in the past and the Honors College mentors supported me so much that I actually went for it.”

When she found out that she won, Vickers said she was surprised.

“When I read the email saying that I won, I was completely shocked. I was extremely critical about my application, so I thought that there wasn’t a chance that I’d ever win,” Vickers said. “Overall, the whole thing felt like a dream come true.”

Vickers is now working as a Fulbright English teaching assistant in Ourense, Spain. She teaches chemistry, labor rights, first aid, informatics, business, molecular biology and preparation for the Trinity Exam — an exam that assesses English communication skills through a variety of performing arts. She assists other students at a plurilingual — English, Spanish and Galician — vocational school.

Vickers added that her advice for someone considering applying for the Fulbright program is to “just do it.”
“For anyone who is even thinking about applying to Fulbright — just do it,” Vickers said. “The application process is really hard, but you will learn so much about yourself, which is really rewarding even if you don’t win.”

A previous version of this story misspelled Lesha Greene’s name as Lesha Green. The article has been updated to reflect this change. The Pitt News regrets this error.