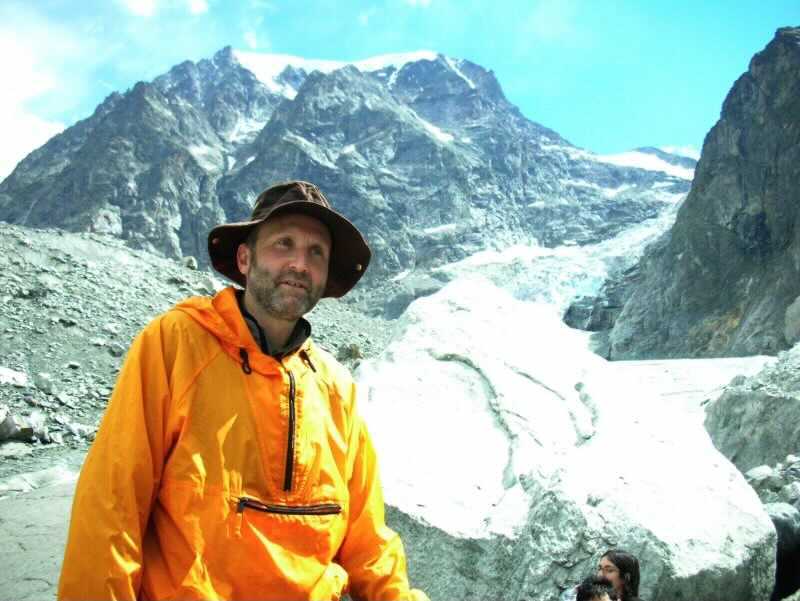 John Norton: A life of learning

John Norton truly believes that anyone can understand Albert Einstein’s work. To prove it, he has taken on the difficult responsibility of assuring that every student who comes through his classroom does just that.

In his class Einstein for Everyone, Norton, a distinguished Pitt professor of history and philosophy of science, often points students to his website for further information. While many scholars and professors fill their personal websites with research topics and various achievements, Norton has turned his site into a combination of physics textbook chapters and digital journal entries of his life’s work and passions.

While he is admittedly not one for travel, Norton’s many achievements and positions have taken him around the world. From pictures of university buildings in Kansas to images from bazaars in Istanbul, one can find evidence of Norton’s many trips on the “Moments” page of his site.

A quick scroll through the page, and one can see pictures of Norton’s old home in Princeton, N.J., post-run poses in front of landmarks, Guinness World Record-breaking kayak trips and multiple shots from throughout Australia.

Australia is Norton’s homeland. After completing a degree in chemical engineering at the University of South Wales in 1974, he moved back to his home city of Sydney to work for the local Shell oil refinery. Two years into the job, and he was already looking for a change of pace. While making gasoline as a chemical engineer was “a fine life,” in his eyes, it was not as satisfying as he had expected it to be.

Norton’s next step was to apply to a doctoral program within the University of New South Wales’ School of History and Philosophy of Science.

He knew the program might not work out as well as he hoped, but he felt that it was worth the risk.

“I thought, maybe I should give this other thing a shot and see what happens, and it worked out,” Norton said. “There’s no guarantee it will, and when you’re young you can take risks like that — professional risks — and I did, and I’m pleased that it worked.”

When deciding exactly what to do after leaving Shell, he focused on the interest in philosophy and science that had “bubbled away” during his engineering studies.

Reignited by thoughts of continuing education, his fascination with foundational concepts and history with physics-related classes inspired his change in fields.

Like many students, Norton learned about Albert Einstein in his early science classes. He always found Einstein’s work to be fascinating, but could have never predicted just how much he would learn about the German physicist.

Norton really began to learn about Einstein after he came to the United States in the early 1980s with his wife, Eve, who moved to pursue an urban design degree at Columbia University. This move across the globe led him to Princeton, and the Princeton University Press, where the Einstein Papers Project was originally established. He was able to work through Einstein’s manuscripts, looking for various new findings.

Mistakenly, Norton went into the project assuming that everything that could be written about Einstein had already been published.

“I had assumed that everything to do with Einstein had been written and done. The time I started work on this in the late 1970s was the 100th anniversary of Einstein’s birth, there was a big hoopla,” Norton said. “So, I figured that it’s been worked, it’s been done, but maybe there are a few crumbs I can sweep up.”

Norton soon realized that even a century later, there was still work to be done. As he read through every one of Einstein’s papers, he discovered a set of documents that would change his life.

“I just hit upon this notebook of calculations that Einstein had kept at the crucial moment — it hadn’t been worked yet,” Norton said. “Halfway through he had the completed theory and he just dropped it. It was a misstep that led to three years of misery. There’s one moment that changes the direction of your life, and for me it was that moment when I opened that notebook and flipped through a couple of pages.”

Norton wrote his doctoral dissertation about the history of general relativity — the exact concept and theory the journal related to, so he was able to easily understand the equations and notations in Einstein’s journal. All that was left was to use the notations to piece together the story of what the physicist’s process was like.

This work with the Einstein papers eventually led Norton to Pittsburgh, and to Pitt’s History and Philosophy of Science department, one of the leading HPS departments in the world according to Norton. It was the ideal place for him to visit back in 1983, and he has called the department home ever since.

For years, Norton has worked with students in his undergraduate and graduate courses. Einstein for Everyone, arguably his most influential class, has been popular since it was first offered in the 1990s.

Teaching is not for everyone, but Norton believes that for those deeply interested in research and academic topics, the jump from being the student to the teacher is not far.

“I never really thought that much about teaching,” Norton said. “Then of course, you get a job and you have to teach, and the amazing thing is, you discover it’s really wonderful.”

What you realize, Norton said, is that intellectual activity is actually a living tradition — knowledge is not spread through texts but is spread by people through the act of teaching.

“You don’t realize until you’re a part of it. You think knowledge lives in libraries, but no, if no one’s reading it, it’s gone,” Norton said. “The critical thing is, we need a living tradition of people who are reading about this stuff, thinking about the stuff, and adding to it. When you enter the teaching profession, you become part of that living tradition.”

He sees his job as enthusing students with enough interest in the material so the tradition is able to “persist and expand.” To him, there is nothing quite like the experience of standing in front of a classroom of students, especially those in introductory courses. Being able to teach introductory classes is a true privilege and a crucial step, in Norton’s eyes.

“With the introductory classes, you’re undertaking arguably the most important step,” Norton said. “You’re opening the door to new thinkers for the first time.”

When teaching science and philosophy courses to a group of young undergraduate students early in their studies, Norton said it can be difficult to explain highly complex concepts. Michael Dietrich, the HPS department chair, has experienced this firsthand, and he believes Norton is exceptionally good at dealing with this challenge.

“One of the things that makes you good at history and philosophy of science is being able to sort of engage with that very technical knowledge of science but explain it in a way that doesn’t require you to have that Ph.D. in physics or biology or whatever,” Dietrich said. “And he’s very, very good at that, because some of the stuff he’s dealing with is so technical and so difficult and it speaks volumes to his abilities that he’s able to convey it.”

Feedback is especially useful in Norton’s creation of the “Einstein for Everyone” textbook, which is featured on his website. What originally started as the recording of short lecture notes turned into actual chapters on numerous physics concepts for the class.

Norton did not originally plan on making a textbook for his introductory students, but after recognizing the lack of sufficient available texts, he felt he had to do something.

Often, Norton said, introductory textbooks resort to the argument that because Einstein is smart, he should be believed and trusted. Norton knows there are much better reasons to trust Einstein’s theories, and he has taken it upon himself to tell students what they are.

”Very often [textbooks] resort to this awful argument that ‘I know it doesn’t make sense, but Einstein was smarter than you are so you better believe it,’” Norton said. “That’s not why you should believe it, you should believe it because there are damn good reasons for it, and I’ll tell you what they are. All of this goes into my Einstein for Everyone website. It’s huge and accessible to everyone.”

Harrison Payne, a former student and teaching assistant for Einstein for Everyone, said what makes Norton such a successful professor is his genuine interest in the students. The level of interest that Norton shows is “rare” for people of his status.

“It is that type of behavior that I think is best indicative of John’s personality,” Payne said. “He is always willing to help you (he is capable of helping as well), but most of all, he demonstrates care for his students beyond what is [expected] in the contemporary academic setting.”

Help is something Norton offers even outside of the classroom entirely. An avid sailor for 10 years, Norton knows the Pittsburgh rivers inside and out. He offers help on his website once again, encouraging other interested sailors to watch his videos and to use his guides to navigate the currents and wind patterns.

Some people become successful because they are highly self-interested, but Norton’s colleagues believe he has had such a great impact on his field because he cares deeply about those around him. He wants to help others succeed. Dietrich said what’s especially great about Norton is that despite his incredible success, he is mindful about his colleagues, peers and most importantly his students.

“One of the reasons why we have a great department is because of people like John and their sense of commitment, and it’s a serious commitment,” Dietrich said.