Shelter-in-place guidelines altered to include religious services after complaints 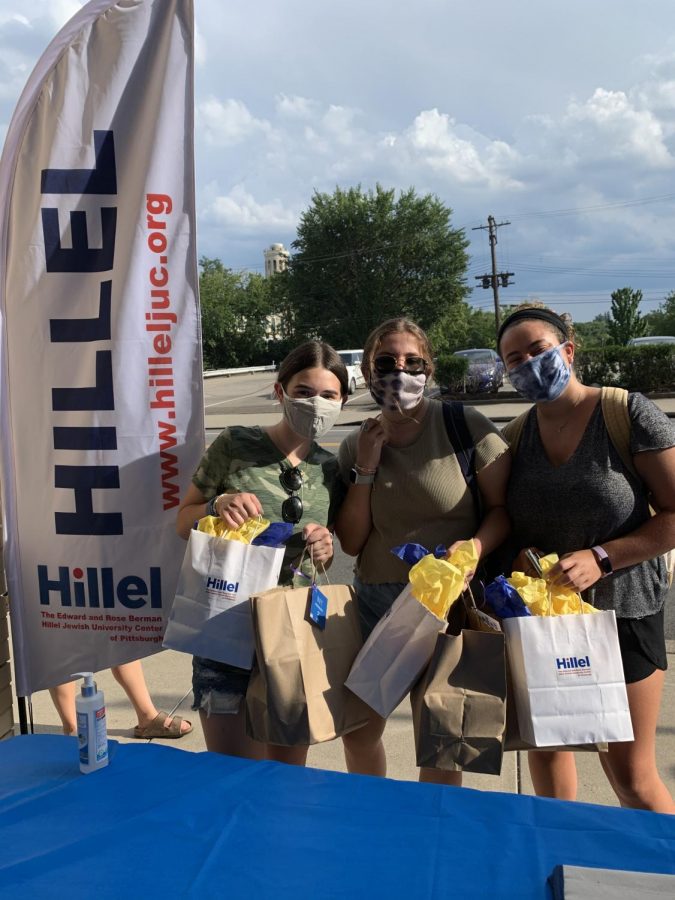 Pitt Hillel distributed meals to University students on Friday during Passover as part of Shabbat, while following shelter-in-place/social distancing guidelines.

Pitt enacted shelter-in-place guidelines on March 31, but it originally left one issue unclarified — guidelines for attending religious services at a time of year with major holidays for several religions.

Within an hour of receiving the initial shelter-in-place guidelines, Ryan McDermott, an associate professor of English, initiated a request to Provost Ann Cudd and the COVID-19 Medical Response Office for the guidelines to include attending religious services as a sanctioned activity.

“I thought it was really important that students know that if they did wish to attend service in person that they knew that this was included in the policy despite it not being stated,” McDermott said. “So, we put together a little request encouraging the administration to make that explicit.”

McDermott — the founder and faculty director of the Beatrice Institute, an organization that works to help people understand Christian intellectual and cultural traditions — said fixing the guidelines, especially during Holy Week, was important so students could properly practice their faith. He said religious observances are an important factor to consider when creating the shelter-in-place guidelines, as they support the mental and spiritual health of the students.

“When something as important as religious observances is not explicitly listed, it would be easy for us to assume that you’re not allowed to go so,” McDermott said. “This shows that universities support the students’ mental and spiritual health.”

Students are now allowed to attend religious services under clarified guidelines released a day after the original email.

Pitt spokesperson Kevin Zwick said the University received concerns from individuals and families regarding religious services after Pitt released the initial shelter-in-place guidance, so the University decided to adhere to guidelines from the Centers for Disease Control and Prevention instead. The CDC guidelines include suggesting communities of faith reduce the risk of spread when approaching their in-person worship, but encourage faith groups to continue their worship in accordance with their religious practices.
“Following the initial shelter-in-place guidance, we received a number of questions from individuals and families with questions about Easter and Passover services,” Zwick said. “In order to clarify expectations, the CMRO pointed to CDC guidance for communities of faith to celebrate religious services as safely as possible.”
Zwick said while attending religious services is now sanctioned by the University in the shelter-in-place guidelines, Pitt encourages the use of remote options whenever possible to reduce the risk during the COVID-19 pandemic.
“We encourage all members of the University community to take advantage of virtual options whenever possible, and to participate in testing if invited or if they have not closely followed Pitt’s health and safety rules,” Zwick said.

McDermott said safety is the main priority, with many traditions and practices having already adapted to follow social distancing guidelines before the shelter-in-place policy was enacted. McDermott said Catholic and Jewish communities have adapted by allowing people to attend services remotely instead of in person.

“Normally, Roman Catholicism, it’s an obligation to attend Mass on Sundays, but since last March the bishops have released Catholics from that obligation, and said that for this Easter there is a pass to not go to Mass and instead there are many online services that you can attend,” McDermott said. “I know that’s also the case for Jewish communities in terms of Passover services.”
Daniel Marcus, the executive director and CEO of the Hillel Jewish University Center of Pittsburgh, said the Jewish community has adapted in order to follow social distancing guidelines by providing to-go meals for Shabbat and using Zoom for its events.
“It has been very sad for us that we’ve not been able to have our in-person community experiences, especially when a large part of Passover is about being together and celebrating together,” Marcus said. “So, we’ve adapted that through using Zoom and supporting mental health activities, as well as safely providing kosher meals on Friday because we are focused on ensuring the health and safety of the student community.”
Marcus said Hillel collaborated with the University to distribute more than 200 meals in front of Posvar Hall to University students on Friday during Passover, as part of Shabbat.

“We’ve continued to build a sense of unity through that distribution of Shabbat, and holiday meals, because it is a chance to at least see each other, and our student leadership and staff have been able to keep a sense of connection and community,” Marcus said.

“I felt very safe and there weren’t any COVID cases at Easter or any of the Holy Week services because I would have gotten a text to let me know from the contact tracing they have implemented, so I think it was fairly safe and I was like, really glad that I was able to go and be there,” Burnette said.

Burnette said she believes the University has done everything to the best of its abilities to try and accommodate students who wish to attend religious services, especially after Pitt changed the shelter-in-place guidelines to allow for students to attend religious events.

“I was initially annoyed when they didn’t include the religious services in the shelter-in-place but when they did I saw that they were really trying to accommodate us,” Burnette said. “I really appreciated that because I know with COVID surging I do think they’re doing a really good job, and I don’t think there’s anything they could have done differently with the situation that’s at hand.”

Josh Brown, the pastor at Bellefield Presbyterian Church, said the shelter-in-place policies enacted by Pitt affected the church’s student-run organizations — such as Burnette’s Cornerstone Christian Ministry — but did not affect its religious services during Holy Week. Brown said the church has enforced mitigation efforts throughout its services in order to maintain safety while still allowing people to practice their faith in person.
“Throughout the pandemic, we have followed county guidelines and have put many mitigation policies into effect such as mandatory mask-wearing, physical distancing by household, staff/volunteer temperature checks, hand-sanitizing stations and a text check-in number for all who attend in the event we need to do contact tracing,” Brown said.
In terms of attendance, Brown said during times of turmoil and distress, especially with this past year, many individuals have found comfort in their faith. He said he has noticed students attending services for many different reasons, including to practice their faith and maintain hope during the pandemic.
“I think that there’s been two main groups of students who have been in attendance,” Brown said. “Some of the students attend to continue practice of their faith as it is was an important part of their life prior to the pandemic, and then there is another subgroup of people who are looking for something that offers some hope, or some encouragement to help cope with all of the things going on right now.”
Brown said his goal is to just acknowledge that the current events are difficult, and attending religious services can be necessary for some students to help maintain their health and cope with all the changes and loss people are experiencing.
“We try to acknowledge that this is a really difficult time and it’s OK to be angry and upset and worried,” Brown said. “I think it was helpful for people to have a place where they could just be very real about what they were feeling and also have some other folks who are wanting to figure out how we can continue to care for our community and love our neighbors when given all these challenges.”