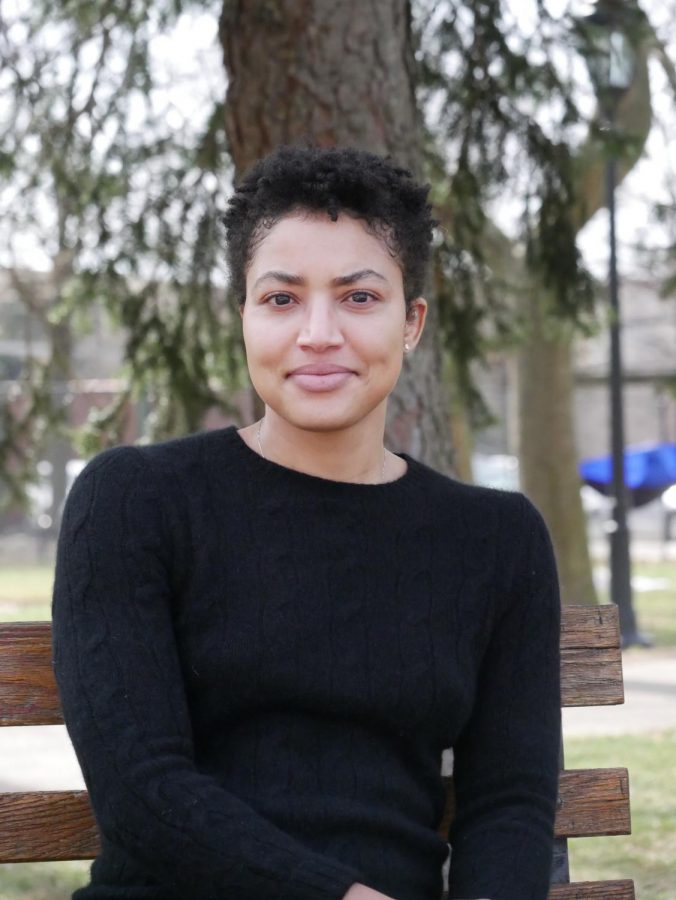 History professor Alaina Roberts helped create a formal proposal last summer that called for all undergraduates to complete a Black studies course as part of their general education requirements.

Alaina Roberts helped create a formal proposal last summer that called for all undergraduates to complete a Black studies course as part of their general education requirements. Her proposal followed a summer petition from alumna Sydney Massenberg that called for the same requirement — which Pitt said it was considering implementing at the time.

But since the petition reached the Provost Ann Cudd’s office last fall, Roberts has been left “in the dark” about its progress.

“The question is certainly an important one but I’m actually kind of in the dark,” Roberts, associate professor of history, said. “I have not been notified by the administration that anything is necessarily happening with the kind of course that came out of Sydney’s petition.”

University spokesperson Kevin Zwick said Pitt does not currently have a timeline for when it will act on the petition. Pitt’s Faculty Assembly and Student Government Board both passed resolutions supporting the new requirement after Massenberg initially proposed it last summer.

“The provost’s office has engaged a working group of administrators from across the University’s five campuses to discuss the alignment and coordination of general education requirements across all entities, and this includes the proposed Black studies course approved by the University Senate,” Zwick said.

Zwick did not directly respond to questions about complaints that Pitt is taking too long to adopt the new requirement.

While administrators are currently discussing the full Black studies course requirement, Pitt implemented a new one-credit class on anti-Black racism in August that all first-year students were required to take, but was open to any student. Roberts said while she appreciates the effort that the provost and the original committee — 12 professors and one student — put into the course, titled Anti-Black Racism: History, Ideology and Resistance, she’s hoping it goes through a sort of “evolution” from its original asynchronous, online format.

“I think all of us on that committee agree that that was only a stopgap,” Roberts said. “That ideally all students need to learn about racism with their fellow classmates in an environment like all of our other classes usually where you’re in person, able to talk to people, challenge people and really kind of work through these difficult subjects.”

John Stoner, senior lecturer of history, said while he also played a crucial role in bringing this petition to fruition as a co-chair of the University Senate’s Educational Policies Committee, which worked with the senate’s Equity, Inclusion and Anti-Discrimination Advocacy Committee to discuss what this Black studies course would look like, he is unaware of any progress on the implementation of the petition’s recommendation into Pitt’s general education requirements.

Stoner said the petition has received positive feedback from the Senate, but one of the largest setbacks is deciding if the provost has enough jurisdiction to make a Black studies course a requirement among all of Pitt’s schools.

“I want to choose my words carefully because obviously this is secondhand, right, so this is [Vice Provost for Undergraduate Studies Joe McCarthy] telling our committee,” Stoner said, “this is not privileged information, this was in the committee meeting itself, that the provost was not comfortable imposing a requirement on units that generally have a fair degree of autonomy when it comes to determining their own curriculum.”

McCarthy did not respond to requests for an interview to discuss the petition.

Both Stoner and Roberts said if the provost decides not to act on the petition, they have the option of proposing it to individual deans of Pitt’s schools. Roberts said while they would consider doing this if necessary, it would extend the timeline of the petition’s implementation.

“As far as I know it’s still in the provost’s hands,” Roberts said. “If the provost doesn’t act on it, I think there is an option to go to the individual deans and ask them to instate a class, but of course that would be more time-intensive and not as effective.”

Stoner said he hopes a Black studies general education requirement can appeal to all schools by incorporating it into each major’s specific curriculum and making it customizable to every degree to help students understand how the Black experience fits within their discipline.

“So if you were, let’s say, an engineer in training, that you would mostly get a common curriculum, this is about the Black experience,” Stoner said. “But then our hope too is that part of it could be customized to talk about engineering and race, or the social sciences and race or the humanities and that each discipline could show their own students its relevance to their discipline.”

Stoner said while he thinks some students — especially those studying hard sciences and engineering — may not see the relevance of Black history to their major or discipline, a testimony from an engineering student debunked this idea for him.

“One of the really compelling testimonies from one of our now former committee members, was that he had a kind of lightbulb moment where he realized that a lot of the datasets that he worked with were impacted by racial ideas over time,” Stoner said. “And so just even like that as a case study would be fascinating to say to students, ‘Look you think this doesn’t affect you, but let me tell you.’”

Roberts said she thinks the University wants to implement some sort of a Black studies requirement. But she said she fears it may be seen as consuming too many resources, such as devoting money to various professors to teach these new courses and professors having to teach one of the Black studies courses instead of other classes of their choosing.

“I think there is a desire in the administration for something on this subject that deals with racism,” Roberts said. “I just am worried that the logistics are kind of seen as too much.”

Despite the obstacles, Stoner said he is excited to work with the provost and Pitt administrators to hopefully take more action on Massenberg’s petition.

“Anything that becomes an obstacle does add delay, and it may be a reasonable obstacle, and it may be when we have to accept and figure out how to work our way around or over, under, whatever,” Stoner said. “But I look forward ideally to partnering with the Office of the Provost and with deans and with faculty and with students and with staff.”

Stoner said redirecting Pitt’s curriculum to be more inclusive of Black history and the Black experience is not only beneficial for students during their formative education years, but a necessary step to make a greater change in the community.

“This is not a thing that should be centered only, or principally, on students,” Stoner said. “We always, generally speaking, if you’re the traditional student we get you from the 18-to-22-sort-of moment in your life and that’s important, but this is also educating ourselves. This has also been part of that change.”