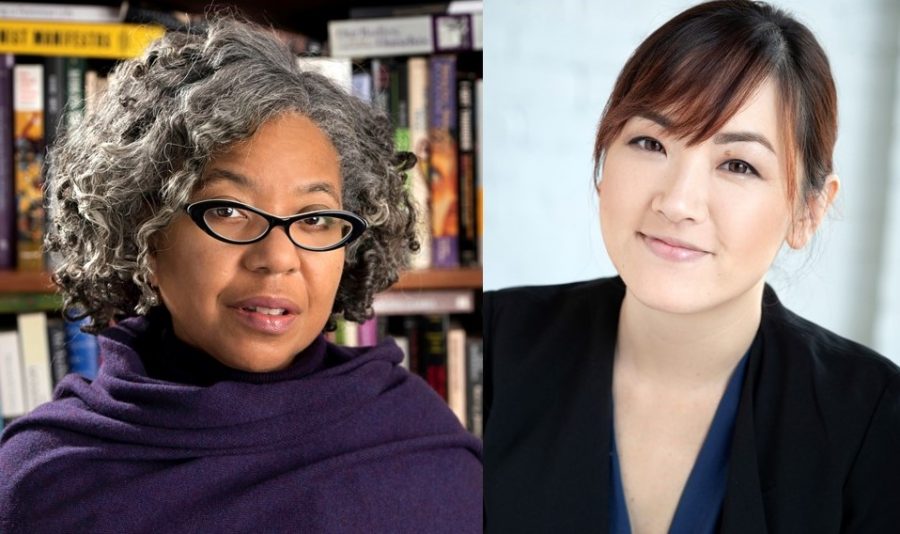 Courtesy of the Pittsburgh Cultural Trust

Black and white pictures of the National Negro Opera House in its former glory shuffled across the screen. The house, which is now on the National Trust for Historic Preservation’s annual list of “11 Most Endangered Places,” was founded in Pittsburgh’s Homewood neighborhood in 1941.

The building, designed as a hub for creativity and education for the City’s Black community, is now featured in Pittsburgh Humanities Festival @ Home. The festival, a production of the Pittsburgh Cultural Trust and the Humanities Center at Carnegie Mellon University, offers weekly talks about various topics in the humanities.

The festival took place in person every April in Pittsburgh’s Cultural District from 2016 until 2020, attracting people from all across Pittsburgh to join in these discussions. Due to COVID-19, the Trust is now hosting the event on its Facebook Live and YouTube every Wednesday this month.

David Shumway — co-director of the festival and director of CMU’s Humanities Center — first approached the Pittsburgh Cultural Trust with the idea for the festival in 2015. After witnessing similar events centered on the humanities in cities such as Chicago and Adelaide, Australia, Shumway wanted to bring these conversations back home to Pittsburgh.

“[The humanities festival] features not only academics, but journalists, writers, poets, performers in various fields,” Shumway said. “Often people whose work might not seem at first to have something to do with the humanities, but which turns out to.”

The Cultural Trust will highlight the works of four individuals this month, including Jonnet Solomon, whose work on the preservation of the National Negro Opera House was highlighted this past week. The festival will feature Yale professor and Black feminist music critic Daphne Brooks this Wednesday. Brooks is slated to discuss her new book, “Liner Notes for the Revolution: The Intellectual Life of Black Feminist Sound.”

Sara Tang — a member of the activist group #NotWhiteCollective, which seeks to highlight the artwork of nonwhite women — will interview Jasmine Cho, a baker based in Pittsburgh. Cho will discuss her work turning simple baked goods into platforms for her activism. Lastly, the festival will host a panel on gun violence featuring members of Not My Generation, an organization founded by Pitt senior Kathryn Fleisher and aimed at building sustainable change in the Pittsburgh community.

According to Randal Miller, a co-director of the Pittsburgh Humanities Festival, the Cultural Trust aims to bring in a variety of speakers from diverse areas of the humanities. The festival has worked on emphasizing groups and individuals based in Pittsburgh since last year, when the COVID-19 pandemic delayed the event from April to October. But Miller said the Trust also realizes that it’s important to choose topics that are relevant for today’s world.

“Something that is a really hot issue right now, a year from now is not,” Miller said. “And so we try our best to keep on the pulse of what’s happening and try to program accordingly.”

Before COVID-19 brought the 2020 Humanities Festival to a grinding halt, its organizers had the writers of The Onion and Ira Glass lined up to speak at the event. In previous years, the festival has hosted the likes of Kathleen Cleaver of the Black Panther Party, author Anthony DeCurtis and filmmaker John Sayles and his partner, Maggie Renzi.

The festival also hosts individuals doing work in fields seemingly unrelated to the humanities. One event featured Jonathan Moreno, a medical ethicist from the University of Pennsylvania, who discussed the difficulty of providing medical care to patients at the end of their lives. The Trust also highlighted Alex London, professor of philosophy at CMU, to discuss the ethical issues of artificial intelligence.

According to Shumway, while science and technology may seem far removed from the humanities, there are many humanistic qualities to various STEM fields.

Being able to make these interdisciplinary connections is one of the reasons why Shumway feels that it is important to keep these talks accessible to the general public, and not just students and faculty at major universities.

“Humanities, what with the kind of concerns and questions that the humanities raise, are really important for everyone,” Shumway said. “And people who aren’t going to school or teaching at a university often don’t have easy access to these things.”

Shumway said he hopes that by April 2022, the Cultural Trust can bring the Pittsburgh Humanities Festival back to in-person venues Downtown. According to Miller, the festival will continue to highlight local, national and international voices in various topics within the humanities.

According to Miller, the Cultural Trust hopes to host interesting talks while also adding an element of entertainment as well. While the format of the event will remain relatively unchanged, Miller believes that the festival will continue to adapt as a platform for these critical discussions.

Overall, Shumway and Miller both said they hope that the Pittsburgh Humanities Festival will continue to challenge people’s views and conceptions of the humanities. Throughout their events, they believe members of the community will learn new ideas about the City and world in which they live.

“It’s one thing to go in thinking, you know, a bunch of stuff and being reinforced in your beliefs,” Miller said. “It’s another, I think, equally valuable thing to walk into a room not knowing what you’re looking for, and coming out of it enriched.”