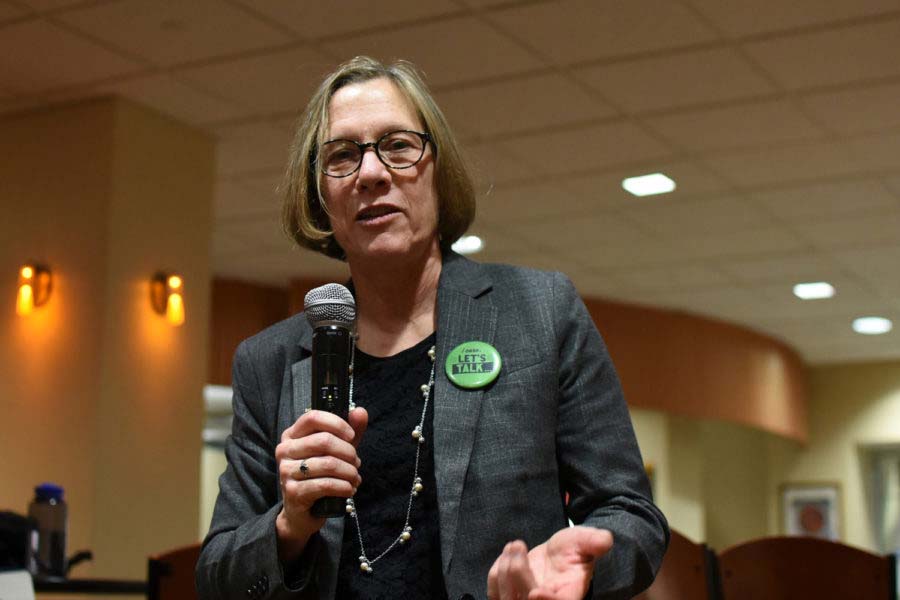 Pitt talked a big game about racial justice over the summer, sending out a University-wide email strongly condemning the brutal police killing of George Floyd and promising to strengthen the University’s commitment to diversity, equity and inclusion.

“In the days ahead, we must continue to stand in solidarity as we work to forge a better, more equitable future for all,” the letter from Chancellor Patrick Gallagher said.

Progress on this goal was initially swift. The University said it was considering implementing a summer petition by Pitt alumna Sydney Massenberg — which called for a three-credit Black studies general education requirement — just days after it started. Pitt’s Faculty Assembly passed a resolution, introduced by assistant history professor Alaina Roberts, in support of this requirement on Oct. 7 and Student Government Board passed a similar resolution shortly thereafter.

Pitt announced on Aug. 17 the creation of a mandatory one-credit course for first-year students on the history of anti-Black racism and anti-racist organizing. This failed to meet the requests of the petition, which called for a three-credit course, but the University claims to still be considering it as part of a broader review of general education requirements.

Despite widespread support from both students and faculty, this more robust Black studies requirement has yet to come to fruition. The petition is seemingly pigeonholed in Provost Ann Cudd’s office. University spokesperson Kevin Zwick said Pitt has yet to construct a timeline for acting on the petition’s requests. Not even those spearheading the effort, Roberts included, have been clued into when the Black studies requirement will be implemented.

This lack of progress and transparency from the University is simply unacceptable. This proposed requirement has now been at Cudd’s desk since last fall — after hard work from those in shared governance to craft a detailed proposal, it’s time for decisive action.

The major roadblock appears to be whether or not the provost has the jurisdiction to implement this requirement across all of Pitt’s schools. Whether the mandatory Black studies course is implemented unilaterally or through the deans of each school, logistical concerns cannot sink this proposal. The University needs to be able and willing to publicly lay out a plan to have this by the fall term — over four months from now.

The stagnation and opaqueness of this process makes it easy to doubt the University’s commitment to the lofty goals they laid out in June. Anti-racism efforts cannot fall by the wayside when anti-Black racism isn’t making national headlines. Issues of racial inequity and police brutality in America are urgent — 52 Black people have been shot and killed by police in 2021 alone. It’s hard to believe that the administration’s apparent lack of progress on the course requirement since last fall is a result of productive deliberation rather than reduced external pressure. Zwick has failed to directly respond to questions over Pitt’s delayed rollout of the proposed requirement — hardly indicative of any intention to follow through on this proposal.

The one-credit Black studies course for first-year students was admirable progress. Pitt was showered with favorable press as a result, but the University’s obligations are far from complete. As Massenberg pointed out last August, a well-developed three-credit course will allow students to engage more thoughtfully with critical race theory than the string of asynchronous video lectures currently provided.

Given the importance of education in combating anti-Black racism, Pitt needs to provide frequent updates to those involved in conceptualizing and teaching the course as well as the student body at large. Not only is transparency a must, but so is tangible progress.

Seemingly indefinite deliberation and logistical fretting does very little to “forge a better, more equitable future for all.” At the moment, nothing else is standing in the way of Pitt’s administration requiring a three-credit Black studies course next fall besides itself.