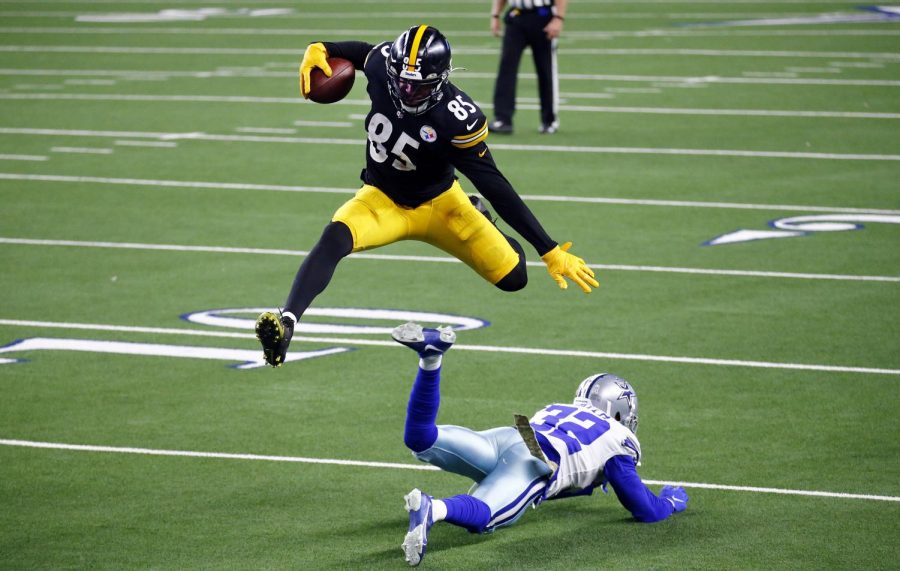 NFL owners approved the addition of a 17th regular season game for the 2021 season and beyond in a move certain to increase revenue for the league.

The ongoing COVID-19 pandemic undoubtedly altered every aspect of life, with the economy taking a drastic hit. Professional sports, along with most other businesses, suffered significant losses in revenue. The NFL saw a decrease of around $4 billion in revenue from 2019 to 2020, largely due to the lack of ticket sales. As an organization that has historically prioritized financial gain, the NFL took any measures possible to make up for the money due to the pandemic.

In response to the decrease in revenue, NFL owners last month approved the addition of a 17th regular season game for the 2021 season and beyond. While this move is certain to increase revenue for the league as a whole, it is also contradictory to one of the most pressing issues the sport of football currently faces — keeping its players safe.

Media and endorsement deals play a colossal role in funding the NFL, and the addition of another regular season game gives the league an opportunity to directly increase the revenue they generate from these deals. Theoretically, when the owner makes more money so will the players, meaning this new agreement would be beneficial for them as well. But it’s not that simple.

The expansion to a 17-game season is a byproduct of the new collective bargaining agreement, which was passed by NFL owners and players just around a year ago, but was met by mixed reactions from some players. While some players viewed the increased benefits of the expansion as a great thing, many players, such as Steelers tight end Eric Ebron and Bears wide receiver Allen Robinson, felt that the benefits were not nearly enough for the addition of an entire game. While the CBA was approved by the players by a vote of 1,019 to 959, more than 500 did not even take the time to vote, leaving many voices unheard.

Now that the media deals have been sorted out by the league, the new agreement not only adds a 17th game to the regular season slate, but also decreases the size of the preseason from four games to three. While a majority of players are fine with this expansion, there are hundreds of players who voted against it, and the official announcement was met with outrage from a series of the league’s star players, such as Saints star running back Alvin Kamara.

While the NFL is a billion-dollar business and its pursuit of revenue is its top priority, there is one aspect of this change that it should value over that extra revenue –– player safety.

The NFL injury data does not show any truly significant trends throughout the years, but it does show one thing –– hundreds of players suffer extremely serious injuries every season. In recent efforts to decrease the frequency of injury, there have been discussions of largely eliminating the preseason. While it has now been shortened, that last preseason game will be replaced by a much more grueling high stakes game in the regular season.

Injury will always be a large and unfortunate aspect of football and the addition of an extra game will likely increase the number of serious injuries for players across the league. The NFL has substituted a preseason game that most high-paid players skip anyways with a game that will be pivotal to their team’s success and personal career, all in the pursuit of slightly more revenue. While the players get one more game check and a one-to-two percent increase in their share of revenue, the format of the NFL season is being altered for one extra week of revenue that largely benefits the owners rather than the players.

While many players support the idea of an extra opportunity to compete and others remain indifferent on the matter, there are plenty of players who fear the potential consequences of exposing their body to an extra week of the grueling NFL season.

Simply put, the 17th game just does not need to be added, and seemingly the only reason it’s been implemented is for some extra money, the majority of which will go to the league itself and not the players.

The 17th game will mean less rest and more pressure for NFL players in the seasons to come. While injury is likely, if the NFL truly holds player safety and wellbeing as a top priority, they would be taking more measures to ensure that at least most of the players are comfortable playing that extra game. Instead, many players will go into week 18 games with serious doubts and premonitions about taking the field — all so the owners can reap the rewards of an extra week of revenue.