The Queer Corner | Fan-fictioning the flames 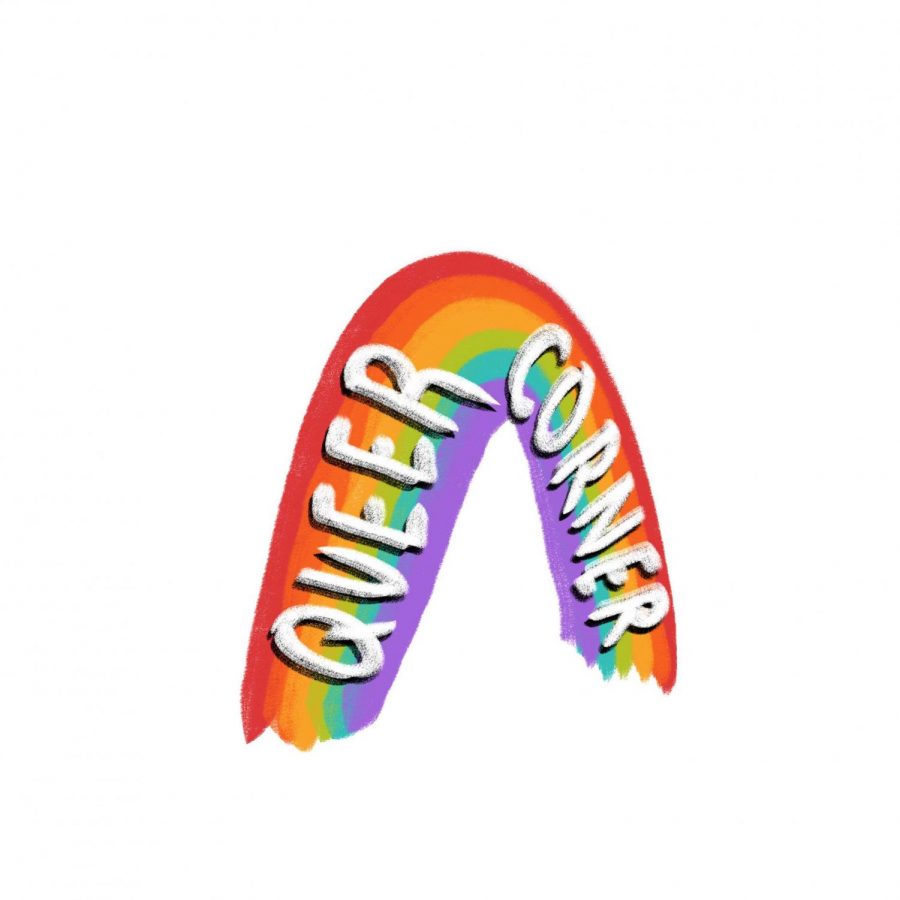 Everyone loves a good DIY project, and queer folks who haven’t seen themselves a lot on screen understand that sometimes representation won’t happen unless you do it yourself. Many people have speculated why queer fans read into the platonic relationships between television’s most loved same-sex characters. From Dean and Cas of “Supernatural” to Jane and Maura of “Rizzoli and Isles”, fictional friendships are subject to subtextual scrutiny by the queer community. Outside of the screen, a world of queer representation exists, and it’s just waiting to be explored.

“Supernatural” ran for 15 long seasons, and it culminated in one of the worst finales to date. Queer fans begged showrunners for years to make Dean and Cas’ romantic love canon. In the end, they did. Sort of. Castiel confessed his love to a stone-faced Dean, and Cas was promptly sucked into what Tumblr has dubbed “super hell.” So, not a good look for queer representation.

Even with a horrifically bad attempt at “queer” representation — because, really, should you even call it that? — “Supernatural” is not alone in its tense relationship with the queer community. “Law and Order: SVU,” “Pitch Perfect,” much of the Marvel Cinematic Universe and so many other mainstream films and television shows have baited the queer community with subtext just to fall short on actually delivering queer representation.

Queerbaiting — so aptly named for this bait and switch technique — allows the creative team on a piece of media to tempt queer fans with relatable characters and some offhand queer references without explicitly defining any of these characters as queer. While media has unapologetically queerbaited fans for years, it’s interesting to see the online world queer fans have made with the scraps of representation that they’re given.

This DIY attitude allows fans to rewrite narratives, reimagine characterizations, and sometimes eliminate the need for an author entirely. Take J.K. Rowling, for example. Queers fans flocked to depictions of abuse and trauma in “Harry Potter,” found family and friendship and characters whose fans so desperately wish to be queer. Despite her after-the-fact announcement of Dumbledore’s sexuality, Rowling exposed herself as a trans-exclusionary radical feminist, and this safe haven for queer fans has been torn apart.

Except, that safe haven may not be gone entirely. The concept of the “death of the author” allows for a separation of art from artist. Queer fans in online communities have taken Rowling’s characters, and they have created worlds she never could have dreamed of. From a transgender Remus Lupin to a bisexual Ginny Weasley and any combination of queer relationships, Rowling’s problematic relationship with the LGBTQ+ community has only fueled some fans’ commitment to queering her characters.

Similarly, some fans of Butch Hartman’s Nickelodeon show “Danny Phantom” have reimagined the title character as a transgender man. He’s depicted as hiding a big secret from his family, being uncomfortable taking his shirt off in public and he has the ability to shift between the human world and the ghost world. Of course, the show never mentions that Danny Fenton is trans, and considering that it has been off the air for over a decade, Danny Fenton is not likely to be trans in canon, but this hasn’t stopped queer fans from speculating.

While queerbaiting has lessened in recent years, representation of LGBTQ+ characters is a far way from perfect, especially for transgender characters. Online queer communities reimagine plenty of characters as transgender, non-binary and gender non-conforming, but the burden of representation should not exclusively fall on queer fans after the fact. Creators like Rowling or Hartman, while despising the queer community, profit off of the unpaid labor of queer fans. The “Supernatural” fan base was composed largely of people who were a part of the online communities improving the original text.

Fan fiction and fan art are free. The content that fans produce online exists largely free of charge on social media platforms like Tumblr or Twitter and independent publishing sites like Archive of Our Own. These creators know what they’re doing. The stars of “Rizzoli and Isles” often joked about their use of queerbaiting in the show. They acknowledged the support of queer fans, and the breadth of the online community. They continued to bait queer fans and switch out for straight characters.

On the surface, queerbaiting may not seem that diabolical. If a creator wants to write a straight character, who are queer fans to stop them? It becomes an issue when creators profit off of the work that queer fans put into these online communities, taunt fans with brushes at representation and never provide any follow through. We fall for it every time because we are starving.

These are characters that we love, that we relate to, and we fall for it because we desperately want someone like us to actually be like us. We want Danny Fenton’s magical transformation to mean more than just “going ghost.” We want the bond between best friends to become more than just platonic. We want an angel to see past our jaded, sinful exterior and tell us that we are the best person on Earth — yes, that really happened in “Supernatural,” and then they sent the angel to super hell.

It’s despicable that creators see this desire and do everything in their power to keep it away from us. When queer fans started to read more into Steve and Bucky’s friendship in the “Captain America” franchise, they sent Steve to the 1940s to live in heterosexual bliss rather than risk queer fans making speculative gifs of two men in love online.

J.K. Rowling recently wrote a book depicting a cisgender man who dresses in women’s clothing to murder cisgender women. Transgender women have historically been depicted as lying men, creeps and other atrociously hate-filled threats that cisgender individuals fear like no other. While transgender repsentation has come a long way, Rowling’s distaste for trans women combined with her platform as a well-loved author culminates in the perpetuation of harmful transphobic ideology.

Queer fans can see that some of their favorite characters could be transgender-coded, but non-queer fans only see what the author tells them. A large portion of LGBTQ+ representation only exists online, and this gap in the market means that the odd harmful trope fans the flames of anti-LGBTQ+ rhetoric offline. Queer activists are doing what they can to prevent the community from going up in flames, but they’re battling more than just film and television creators. State legislatures throughout the United States are proposing bill after bill cutting down on LGBTQ+ rights. Our queer corner of the internet is at odds with offline horrors, and I’m just hoping that we can write our own happy ending into law.

Rachel writes about queer culture, the queer community and navigating life beyond the binary. Talk to them at [email protected]