Opinion | An ode to my future self 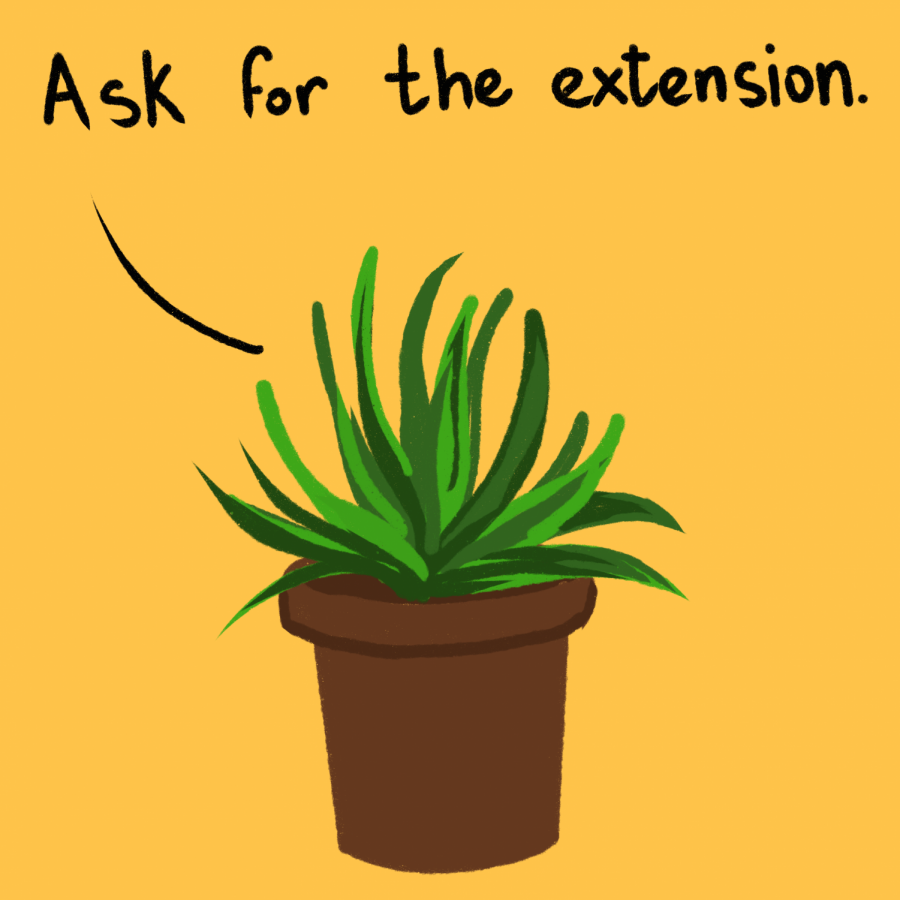 Future me, you are probably in Chicago right now. Odds are you are impulse buying something, thinking about ordering food because you always think about food, and taking on more work than you can realistically handle.

I can’t say for sure if the COVID-19 pandemic is going to be over, if you will feel comfortable dining in large restaurants or if you will feel more secure in yourself than you do now. But I can say — in full certainty — that I’m proud of you.

You’ve accomplished so much. Instead of eating at restaurants, you invented a new and improved form of dining — the Park and Eat. This food experience is not to be confused with Eat’n Park, a restaurant you have only seen in the Midwest. Your infamous park and eats involved ordering take out and parking next to parks in the Pittsburgh area to people-watch.

Your mundane yet unhinged behavior allowed you to make appearances at Schenley Park, Frick Park, Highland Park, Allegheny Commons Park, Point State Park and Herrs Island Park. During these visits, your judgey faces rivaled those of Dan Levy in literally any of his acting roles. You were able to eat pizza, pretzel sticks, salad, chicken marinara sandwiches and more as people jogged, strolled or skated past.

You may not have gotten comfortable enough on Zoom to be in the bathroom off-camera during class, but you were innovative. I hope you take that unhinged behavior with you into law school. Surely doing the exact same thing in Chicago will be equally as fun when you can add Millenium and Grant parks to the list.

Future self, I hope you are better at balancing work and fun. I know that Zoom school messed with your mental health and made balance hard to achieve, but I hope you learn from that lesson. Buying plants doesn’t replace therapy sessions and sometimes it’s okay to ask a professor for an extension.

I remember when you got pit stains from asking your professor if you could have 24 extra hours to type your final exam. Although I can appreciate a good anxiety sweat, I hope that wherever you are now, you know that it’s okay to take a break, ask for help and be honest, even if you think people are going to say no.

I know reaching out and taking a chance is scary, but you’ll be 23 in September, and you have more wisdom than you think. You also have more life lessons to learn than you know. But you’ve made it this far — at least give yourself some credit.

You have done so much and sometimes it’s crazy how much adulting goes on in one day. You’ll soon be living with two bandmates from The Brainstorm, and you will be the only feminine energy in the house. But at least when you feel like pulling your hair out from stress, there will be marimba and piano in the background.

My hopes for you, future self, are that you get more hand-eye coordination. While it is possible that your body has already reached its peak, you have the athletic ability of a visually impaired squirrel. Even though you tried running, yoga and Zumba, your inability to keep up is astounding, maybe even a little impressive.

Regardless of how slow you run, how hard it is to touch your toes or how rhythmically challenged you are, keep dancing and running and trying new things because it’s better to try and write a column about your failure than to never try at all.

I think I learned the most from chasing dreams that flopped and falling into new dreams. Even though applying to grad school left a mark on my ego and a lot of tears on Hillman’s fourth floor, it also forced me to get thicker skin and learn how to cry softly to avoid disturbing the other students.

Wipe away your tears, future me. I don’t know when you got soft, but I will blame birth control. Some things are worth crying over, but seeing a water centipede in your house isn’t one of those reasons. You don’t need to search the shower before stepping in, you’ll be okay — at least I think.

Once you’re back in Chicago, I hope you talk about hot dogs and deep dish pizza a little less and focus on expanding your personality traits. Instead of your personality consisting only of John Mulaney quotes and being from the Midwest, maybe you can add plant propagator and Trader Joe’s groupie to the mix. I mean, you deserve a hot granola girl phase.

But let’s just call it like it is, future me — you love to plan, and the universe likes taking your plan, shredding it, lighting it on fire, throwing it into the Pittsburgh sinkhole and then washing it into the deep abyss. I know you hate it when that happens, but your washed-up plans are the whole reason you ended up going to law school.

In the moment, it feels like all your work and effort and trials and tribulations were a waste of time. I can’t deny that. But future me, wherever you are, whatever you end up doing and however you feel in any given circumstance, give yourself the gift of patience. Maybe at the end of it all you will see why things work out the way they do.

I look forward to meeting who you become, future me — as long as you don’t become a white second-wave feminist type.

Anne Marie typically writes about unapologetically doing her thing. Write to her at [email protected].