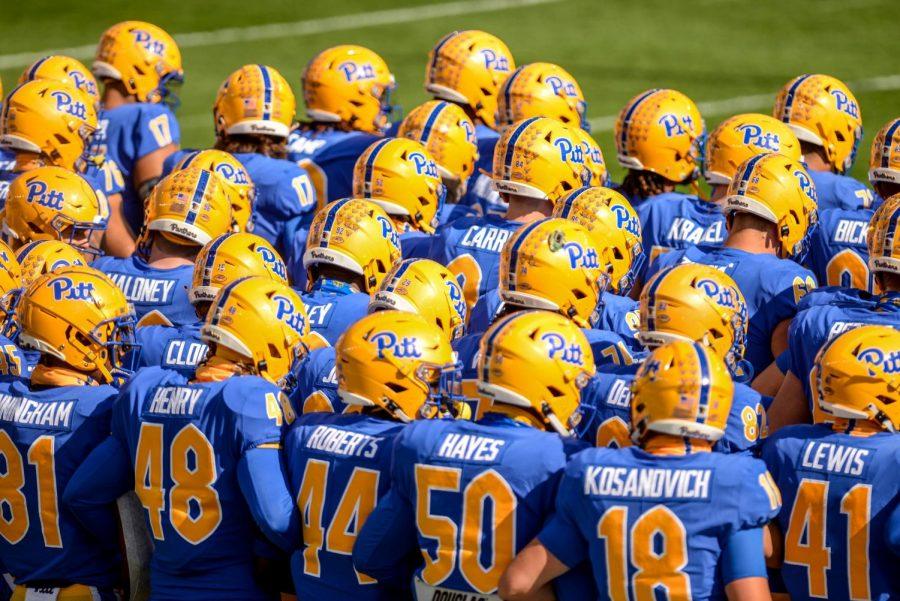 The Panthers are preparing to conclude their spring practices with a final scrimmage in their annual Spring Game at Heinz Field on Saturday.

Spring sports wrapping up, Pitt students moving back home for the summer and the weather warming up all mean one thing — college football is back on the horizon. The Panthers are preparing to conclude their spring practices with a final scrimmage in their annual spring game at Heinz Field on Saturday.

Pitt is coming off of a 6-5 season that was the embodiment of average — there wasn’t much to get excited about. The Panthers rattled off three eye-opening wins to start the season, earning the No. 21 ranking in the country before losing four straight games and falling into a tailspin back toward college football mediocrity — a state Panther fans have become well accustomed to in recent decades, as the program has reached the 10 win threshold just once this century.

The second half of this abysmal stretch saw the Panthers play without their junior quarterback and leader, Kenny Pickett.

Despite being eligible to test his luck in the NFL Draft, on Dec. 15 Pickett took to Instagram to let Panther fans know he’s returning for his super senior year, posting a picture of himself in the Pitt uniform, number eight on his chest and a ball in his gloved right hand with the caption: “One more year. #H2P.” Pickett’s return leaves Pitt’s window open to reemerge into the conversation as a contender to win the ACC, consistently be ranked in the top 25 and potentially a national title.

Pickett introduced himself to Panther fans in 2017 as a first-year when he took down the No. 2-ranked Miami Hurricanes in his first career start — making an astonishing first impression on the Panther faithful. The New Jersey native would go on to provide Panther fans with show-stopping performances and several upsets over the past several years, solidifying himself as Pitt’s leader and one of the faces of the program.

Panther fans caught a glimpse of life without Pickett after he injured his ankle in an overtime loss to Boston College last October and was forced out of two key games. The following week, redshirt sophomore Joey Yellen filled in for Pickett in a loss to Miami and although he played fairly well, it was evident the Panther offense was missing Pickett’s mobility and experience. Yellen played well enough against Miami to get the start the following week against Notre Dame — a game Panther fans would like to forget.

Yellen completed just 10 of 27 passes and threw three interceptions while the offense failed to find the endzone in a 45-3 loss against the Fighting Irish. The offense had to be simplified as a result of Yellen’s lack of mobility and experience, making the offense very predictable in his two games under center.

Pickett provides the Panthers with experience and much-needed flexibility in the offensive game planning — the offense is simply much more versatile with Pickett under center. But this is Pitt’s last year with Pickett at the quarterback position and the time to make the leap back into the elite stratosphere of college football is now.

The Panthers will be waving goodbye to one of the nation’s best defensive lines in the coming week as the NFL Draft rapidly approaches. The defense is going to look much different than last year with five starters departing from the program, not including former All-ACC defensive tackle senior Jaylen Twyman who opted out of the 2020 season in preparation for the draft.

Although the defense will look different, there are players waiting in the wings ready to fill in immediately in the absence of some of the team’s former stars. The Panthers don’t have this luxury at the quarterback position — it doesn’t seem there’s another quarterback on the roster who is ready to succeed Pickett.

Pitt can’t afford another year of mediocrity if it wants to start pulling big-name recruits away from the perennial powerhouses. If this team can’t put together a solid season, it will have to start that process all over again — this time with Yellen.

The time for Pitt football to return to its former glory starts with a big year from Pickett. He has the weapons on offense and a defense that is chock full of potential in order to make a serious run into the top 25 this year.

Head coach Pat Narduzzi needs to coach as if his job were on the line this year. Pitt is certainly back on the upswing, but another disappointing year could continue what seems like a never-ending run full of struggling young quarterbacks, no five-star recruits and a small-market bowl game. Pickett returning for another go-around gives this program the opportunity to break this cycle.

This team and program will go as far as Pickett can take it — Pitt football’s future lies on the shoulder pads of number eight.