Opinion | Mike Doyle has coasted in Congress for too long 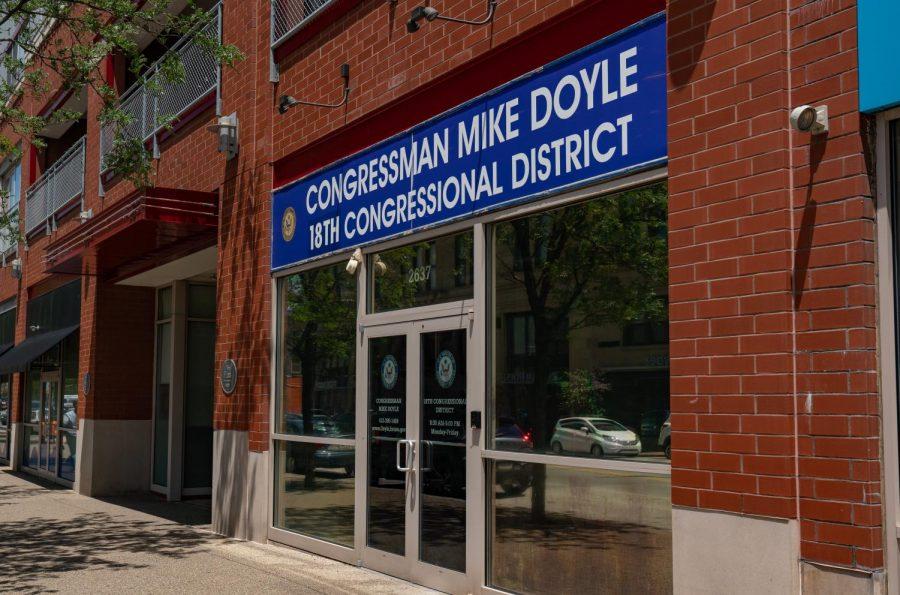 Rep. Mike Doyle, D-Pa., has been in the U.S. House of Representatives for 26 years — a long time to hold any occupation. I haven’t even been a college student for a full year and I’m racked with burnout and apathy.

Though his district has been redrawn twice — he’s currently representing Pennsylvania’s 18th congressional district — Doyle has always represented some mix of the City of Pittsburgh and its surrounding suburbs.

Pitt law professor and returning primary opponent Jerry Dickinson referred to the veteran congressman as a “dead horse” and a “backbencher” in a 2020 debate. He went on to say that the question was not if Doyle “had done something, it’s whether he’s done enough.” I was inclined then to agree. Nearly a year after that debate — a year when the COVID-19 pandemic brought the inequity and suffering that defines the American experience for many into stark relief — I couldn’t possibly agree more.

Doyle is a fine politician, but the problems facing the 18th district demand more than fine politicians. The national moment demands more than just fine politicians. Doyle is a ham and egger congressman, the type that we must vote out to make substantial, progressive reforms on salient issues such as health care, the climate crisis, police brutality and militarization, affordable housing and racial inequity.

For starters, Doyle is neither an advocate nor a leader. He’s serving his 14th term in the House,  but has failed to leverage this seniority into much more than a single subcommittee chairmanship. As Dickinson pointed out, riffing off Doyle’s captainship of the congressional baseball team, “He’s struck out on leadership positions his entire career. He’s bunted on the big issues and he’s hit a couple of singles here and there.”

Doyle has also never been the primary sponsor of significant legislation, unless you count tinkering around the edges of telecommunications laws as significant, and has missed double the amount of votes as the median representative over his tenure. His legislative effectiveness score, which measures “the proven ability of a legislator to advance [their] agenda items through the legislative process and into law,” is perennially low. In the 115th Congress, which spanned from 2017 to 2019, he ranked as the seventh least effective Democrat in the House. Admittedly, he’s been firmly middle of the pack in the most recent Congress, but that doesn’t excuse the preceding two decades of subpar performance.

More subjectively, Doyle simply lacks a presence in the community. I’m willing to bet that many of his constituents couldn’t put a name or a face to their representative — I certainly couldn’t until last year’s primary. He’s also relatively mum on the national stage. Searching through The New York Times’ archives yields zero recent headlines that reference Doyle in any capacity. He hasn’t faced a real Republican challenge since 1996. In such a safe blue district, Doyle should be championing progressive policies and making media waves, not acting like he represents a cautious swing district.

Doyle’s tenure is peppered with causes for concern besides his lack of influence. Most notably, he maintained his support for the Hyde Amendment, which restricts federal funding for abortions except in cases of rape, incest or a pregnancy determinded to endanger a woman’s life, until August 2019. Dickinson called out Doyle’s support of the Hyde Amendment on multiple occasions prior to August, making it doubtful that this pivot was rooted in a moral epiphany rather than political convenience.

His donation record also gives pause. Doyle’s top donors from 2019 to 2020 include DISH Network and Comcast, both of which scored big wins when Congress allowed parts of the STELAR Act to expire in December 2019. This effectively removed access to broadcast channels for rural customers.

Additionally, Doyle has received around $215,000 from oil and gas interests over the course of his career. Juxtaposed to his support for the CLEAN Future Act, a moderate counter proposal to the Green New Deal that draws out the timeline for a transition to renewable energy, this raises significant questions.

If there was ever a City that demanded bold legislation addressing fossil fuels and a just transition to clean energy, it’s Pittsburgh — the City has the 9th worst air quality in the nation, the ill effects of which disproportionately harm low-income and minority neighborhoods. Neatly in character, Doyle shied away from the Green New Deal, opting for low-profile hedging instead of bold, progressive action.

Sure, he toes the party line when it counts, but so could any Democrat. Doyle is not a leader or an advocate — he’s a backbencher who’s wholly unequipped and perhaps even unaware of the urgency of addressing climate change, providing affordable housing and ending Pittsburgh’s shameful status as America’s apartheid City.

Circling back around to the debate, when pressed by Dickinson on his complicity in the poor health, economic and educational outcomes people of color in the region face, Doyle responded, “Did this happen on my watch? This happened on all of our watches.”

The people of the 18th district deserve better than such a helpless, buck-passing answer.