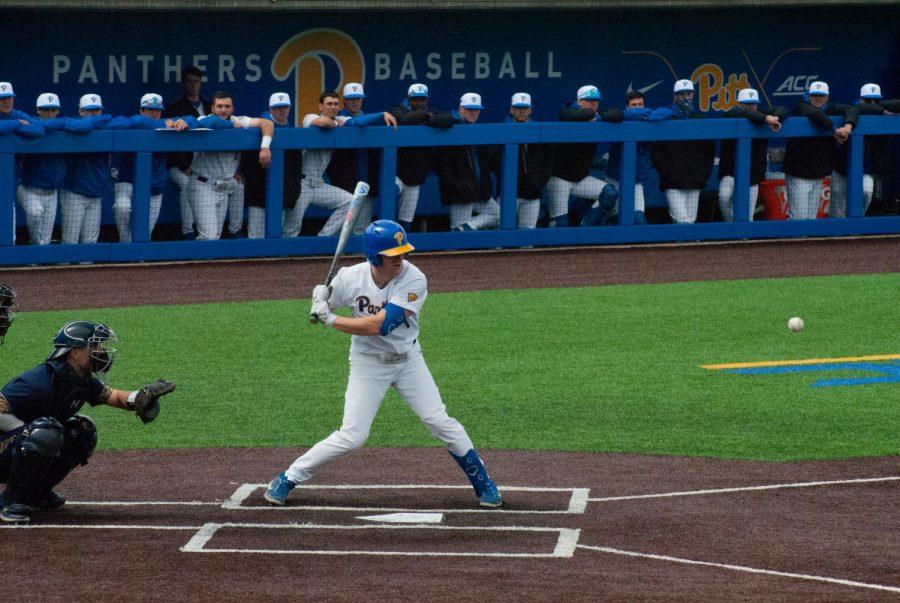 The Panthers fell 8-2, as they were out-dueled on the mound and out-slugged by the West Virginia Mountaineers.

After a 17-day hiatus and two cancelled series due to positive COVID-19 tests within the program, Pitt (20-12) took the road to renew the Backyard Brawl rivalry with the West Virginia Mountaineers (16-21).

The two clubs have been on quite different trajectories since their last meeting. The Panthers went 6-1, including a sweep of Miami and a series win over North Carolina. Meanwhile, the Mountaineers have skid to a 3-9 record and were fresh off of being swept by TCU.

Despite the abysmal stretch, the Mountaineers came out swinging and shelled Pitt senior pitcher Stephen Hansen early. Hansen labored through three and two-thirds innings, surrendering five hits and four earned runs before being removed from the game.

Head coach Mike Bell was forced to go to his bullpen early and often in the game, and much like Hansen, the pitchers who followed struggled to put the Mountaineers away — three of the four pitchers who entered the game for Pitt surrendered a run.

One of the few bright spots for the Panthers was a solid outing from senior pitcher Chris Gomez, who came in from the bullpen to stop the bleeding. Gomez spun two and two-thirds innings of shutout baseball while surrendering just three hits.

The Mountaineer offense capitalized on the sub-par pitching from the Panthers with 15 hits, only three of which being for extra bases. The offensive attack was slow and methodical as West Virginia chipped away at the Pitt pitching staff, tacking on run after run.

The Panther offense was lackluster for much of the game, as Mountaineer first-year pitcher Carlson Reed was mowing batters down for much of the early going. Reed kept the Panthers from posing any real threats with an impressive line of four hits, six strikeouts and just one earned run over five and two-thirds innings of quality pitching. Redshirt senior David Yanni broke up Reed’s shutout bid in the sixth with a two-out RBI double, to put the Panthers on the board and cut into the Mountaineer lead.

But Mountaineer senior outfielder Paul McIntosh promptly put the game out of reach in the bottom half of the inning, launching a three-run homer off the scoreboard in left field to keep the Mountaineers in the driver’s seat with an 8-1 lead.

The Panthers were able to tack one more onto the scoreboard in the top of the eighth, but it was too little too late as the faltering offense failed to score in the ninth — Pitt was outdueled in every aspect of the ballgame.

The Panthers won’t have to wait long for the opportunity to redeem their underwhelming loss to the Mountaineers. Pitt returns to ACC play at home against Boston College this Friday,with the opportunity to clinch a spot in the ACC tournament with a win in any of three games in the series. The game will be on ACCNX at 6 p.m.