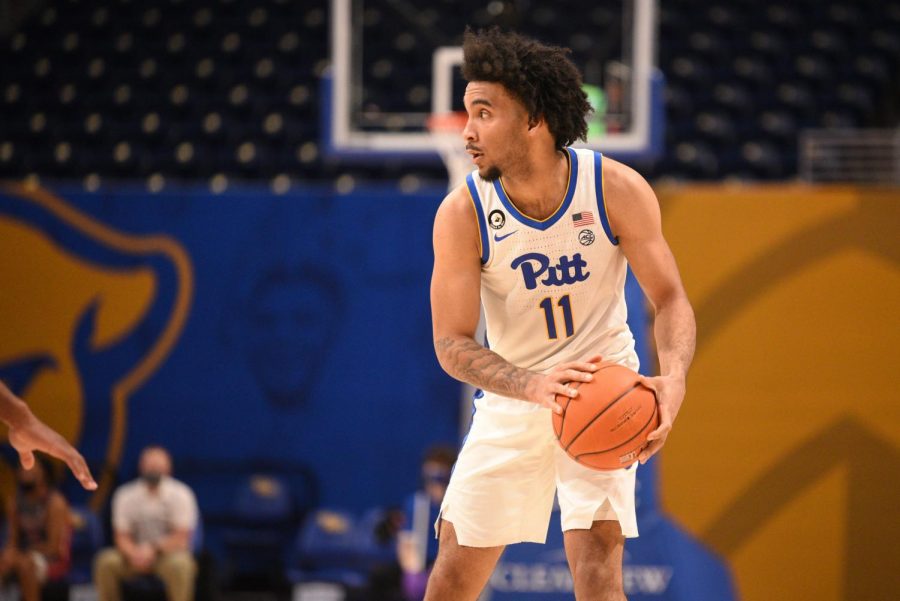 After announcing that he was considering entering his name into the NBA Draft, star forward Justin Champagnie made it official Monday — the sophomore will forgo his remaining years of collegiate eligibility and go pro.

The first-team All-ACC selection released a statement in tandem with the men’s basketball program and was sure to express his gratitude for Pitt, head coach Jeff Capel and the Oakland Zoo. But Champagnie ultimately felt that his time at Pitt has run its course and is looking forward to competing with the world’s best and most importantly, giving back to his family.

“My parents and my family have been my biggest supporters and they have made a lot of sacrifices to help put me in this position,” Champagnie said. “It was a difficult decision because Pitt has been such a special place in my development. I am going to miss the passionate support of the fans, especially the Oakland Zoo, but I know it is time to begin my professional career. I am prepared to take the next step, accept the next challenge and put in the work it takes to succeed at the next level.”

Although Champagnie is departing early from the program, Capel made it clear that there were no hard feelings and he was immensely proud of what the sophomore had accomplished in his tenure with the Panthers.

“Justin has been a terrific member of our program for the past two years and has earned the opportunity to be a NBA Draft selection,” Capel said. “I believe he is just scratching the surface of the player he can become and look forward to watching him carve out a lengthy pro career. Justin has our love and support and will always be a part of the Pitt family.”

Champagnie made his mark on the program through his sophomore season. He was the first Panther to average a double-double for an entire season since Pitt legend DeJuan Blair did so in the 2008-09 season, and was the first player in program history to lead the team in scoring as both a first-year and sophomore. Champagnie is the first Panther to forgo their remaining years of eligibility and declare for the NBA Draft for Pitt since Steven Adams in 2013.

Champagnie will hope to hear his name called in the 2021 NBA Draft, which starts July 29.