Film opportunities for students open up through new partnership 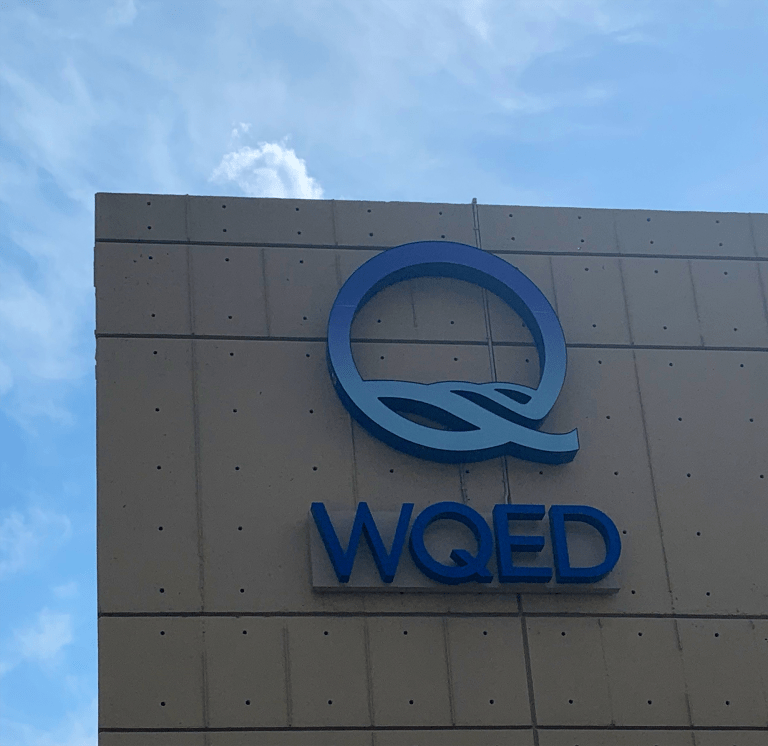 Steeltown, one of several local organizations that work to bring film production to Pittsburgh, announced their move to the WQED studios on May 12.

WQED is the studio where Fred Rogers filmed his show more than 50 years ago. Now, students interested in filmmaking can work there as an intern with Steeltown Productions, or visit to get help with their own projects.

Steeltown is one of several local organizations that work to bring film production to Pittsburgh, and also allow students to get involved in film and TV production. They announced their move to WQED’s studios on May 12, at the 2021 Elly Awards, an award show highlighting local Pittsburgh filmmakers.

Mary Ann McBride-Tackett, the program director at Steeltown, said one benefit of the move is that they will be closer to Pitt’s campus.

“[It’s] really serendipitous, since we’re here supporting filmmakers and the growth of kids in their creative endeavors,” McBride-Tackett said. “We’ve got a good record with getting interns from Pitt, and I think it’s gonna be even better now because we’re going to be within walking distance.”

“Pittsburgh has one of the greatest filmmaking scenes in the country,” Smith said. “The number one reason is the city of Pittsburgh lends itself like very few cities do in the country, too. It can be anywhere in the world.”

Smith said one of the key figures in bringing productions to Pittsburgh is Dawn Keezer, the director of the Pittsburgh Film Office. The office is an economic development agency that markets the southwestern Pennsylvania region to productions for film, TV and other screen productions.

“She is the linchpin to Hollywood being in Pittsburgh,” Smith said. “She’s the one that recruits the various studios and production companies to come shoot here.”

Keezer works to make filming in Pittsburgh more accessible, and pointed out the benefit to local business that comes from productions shooting in the city and bringing in new people. She said both large and small-scale productions go through her office for assistance.

Some recent productions filmed in Pittsburgh include both large and small-scale projects such as an upcoming streaming series based on the film  “A League of Their Own,” about the first professional women’s baseball league, Clea Duval’s 2020 lesbian holiday rom-com “Happiest Season” and Patrick Cannon’s pilot for “Mulligan,” a show about a former golf champion who ends up incarcerated.

“Mulligan” won Best Pilot honors at the Rhode Island International Film Festival, though Cannon, who was born and raised in Pittsburgh, valued receiving the Impact Award at the 2021 Elly Awards even more because it came from his hometown.

“‘Mulligan’ was born when I was living in New York City. And I wrote it you know, kind of homesick for Pittsburgh and, and daydreaming for Pittsburgh and missing my friends in Pittsburgh,” Cannon said. “This award, frankly, means more coming from our own community and from the people that matter most to us.”

The Pittsburgh film community is very tightknit. Events like Pitchburgh, where students from Pitt and other local universities can pitch their current projects and collaborate with one another, allow people in the industry to get to know each other.

Steeltown offers something similar with their Crew Connect initiative, which allows professional independent productions to find crews, and offers crew referrals to productions in the area.

Gabby Locke, a Pitt junior and an intern for Steeltown, said being able to get to know people in the industry helps create a supportive community.

“The Pittsburgh filmmaking community is amazing. It is so generous. Everybody just wants to see everybody else succeed,” Locke said. “I think Steeltown is a big part of creating this collaborative effort in filmmaking. It is this George Romero attitude [of] people with a camera trying to make something that they think is great.”

Another program at Steeltown is the Steeltown Film Academy, where they help high school students learn what it’s like to work on a film production. The films produced by these students are then shown off as part of the Elly Awards. For professional productions, McBride-Tackett said Steeltown offers a variety of resources.

“We offer Fiscal Sponsorship to filmmakers to give them access to grants and funding opportunities that they may not have access to independently,” McBride-Tackett said. “We really support and advise indie filmmakers in any way that we can.”

McBride-Tackett said she wants students interested in filmmaking to know that there are many resources available to them right in their backyard.

“It’s no longer the days where you needed to flee the city if you wanted to work in film or media, film and media is literally everywhere. [It] penetrates every facet of our lives now,” McBride-Tackett said. “There’s tons of work to be had here, and we’re here to help them know that and guide them.”