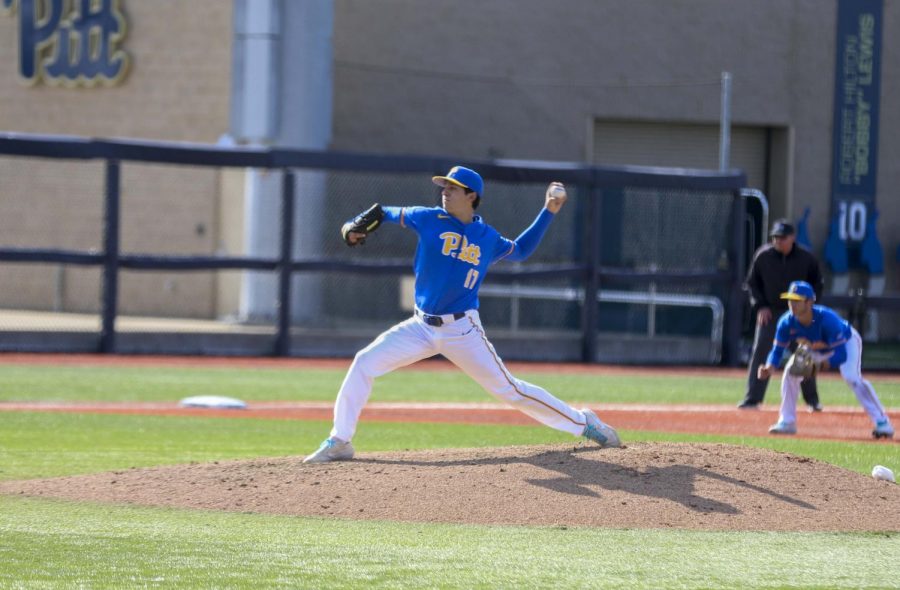 In the movie “Tin Cup,” actor Kevin Costner plays an amateur golfer named Roy who miraculously qualifies for the U.S. Open and heads to the final hole with a chance to win the event. But Costner ultimately fell short and the movie was nothing more than a feel good story about someone who couldn’t finish the job.

This is how the NCAA Selection committee saw Pitt baseball — a Cinderella story whose lackluster final month brought a memorable season to a disappointing conclusion. The committee made it known that they took note of the team’s end-of-season woes, dropping nine of their final 12 regular-season contests — the main reason the Panthers failed to qualify for the NCAA Tournament, according to the selection committee.

While Pitt’s sluggish finish was certainly a variable that the team could have avoided, its absence from the national bracket comes thanks to a lack of diligence on the part of the committee, a patently ridiculous ranking system and an absence of consistency.

Teams can qualify for the National Baseball Tournament a few different ways. They can win their conference tournament to secure an automatic bid or be extended an at-large bid from the committee. The committee weighs a variety of factors such as Rating Percentage Index ranking, regular season record, strength of victories and overall talent, among others.

After being named one of 20 potential regional hosts just over three weeks ago, Mike Bell’s team finds itself watching the tournament from afar after being filed under the “First Four Out” category during last week’s Selection Show.

Committee Chair Jeff Altier addressed Pitt’s omission from the tournament during the program.

“They’re a very good team,” Altier said. “They struggled at the end of the year, that was something that was important for the committee to consider — making sure we put into the tournament the teams that we feel are playing well.”

You can poke several holes in Altier’s logic here, but the most glaring problem with the argument is the case of Alabama.

The Crimson Tide finished the regular season on an arguably worse stretch than the Panthers after losing seven of their final eight regular-season games. But the team was still offered an invitation to the National Tournament.

Not only did they finish poorly, but Alabama had an 8-17 record against Top 50 teams while Pitt boasted a 17-12 mark against those squads this season. The one edge that Alabama had over Pitt? Their RPI ranking — where the Tide slotted in at No. 31 while Pitt sat at No. 50.

RPI is a ranking system that takes into account a team’s winning percentage, its strength of schedule and its opponents’ winning percentage. The fact that the NCAA uses this borderline experimental system to make any judgements when it comes to the postseason is preposterous.

For instance, Fairfield is not the second best team in the country. While the Stags’ 37-3 record is undoubtedly impressive, this was largely boosted by an extremely soft schedule compared to that of the Power Five teams. The COVID-19 pandemic limited teams to who they could play by geographical convenience, giving teams little to no control over their strength of schedule.

Fine — let the NCAA use this bizarre method to decide their tournament field. At least it will put all the teams on equal footing and teams will have some indication as to why they did or didn’t make the cut, right?

The defending national runner-ups didn’t exactly burn through the back half of their schedule as one might expect given their admission to the tournament despite a lackluster RPI standing. The maize and blue dropped six of its final 10 contests of the regular season and finished with a 27-17 conference mark against its pedestrian Big Ten slate.

Michigan was immediately bounced from the tournament this past week after dropping two games against UConn and Central Michigan. The Wolverines were outscored 14-3.

At the end of the day, it can be fairly concluded that Pitt probably should’ve been part of the 64-team field that included Alabama, Michigan and a fellow-ACC team in North Carolina that the Panthers beat in three of four meetings this year. But much like in the March Madness selection processes, mistakes happen.

But unlike college baseball, the basketball tournament has a much-needed safety net — The First Four.

The similarities between the two tournaments are obvious. Both fields consist of 64 teams made up of the conference champions and at-large bids who didn’t quite win their league tournament, but still played well enough to make the cut. While the Power Five conference champions are usually teams that were expected to make the cut regardless, the mid-major conferences occasionally present a few head-scratchers in both basketball and baseball. The First Four in March Madness are four play-in games that are held between teams that are on the verge of qualifying — ensuring that these “bubble teams” earn their way into the tournament.

Unfortunately for Pitt, baseball doesn’t afford their bubble teams the same opportunities as basketball, giving an inherent advantage to teams such as the Jacksonville Dolphins.

Jacksonville was crowned champions of the ASUN Conference after going 5-1 in their league tournament and defeating Liberty to clinch their automatic bid to the national tournament. Jacksonville finished the regular season with a record of 11-32.

Teams like this shouldn’t contribute to Pitt being left out of the tournament, but with the current setup, that’s the reality of the situation.

This is not to say that the feel-good Dolphins shouldn’t get a chance after their strong postseason, but at the same time, their first 43 games shouldn’t be swept under the rug. Rather, a play-in round would allow Jacksonville to prove that their late-season charge was more than just a fluke, while still granting those student-athletes the once-in-a-lifetime opportunity that they earned. Underdog stories are a part of what makes collegiate sports special, but it shouldn’t come at the expense of quality squads like the Panthers.

While the Panthers shouldn’t have been left out of the tournament to begin with, their omission brings a larger issue to the forefront. Good teams like the Panthers shouldn’t be left with the short end of the stick in favor of inferior teams who won their mid-major conference. A play-in round would have allowed the Cinderellas and Power Five standouts to both get a fair shake, but instead, Pitt was robbed of what would have been its first NCAA Tournament appearance since 1995.

Regardless, under no scenario should a mid-major with a losing record make the cut over a team that has been nationally ranked for the vast majority of the season. Pitt’s head coach put it best in a press conference after the team found out that it wouldn’t be participating in the national tournament: