Review: ‘In the Heights’ is yet another knockout for Lin-Manuel Miranda 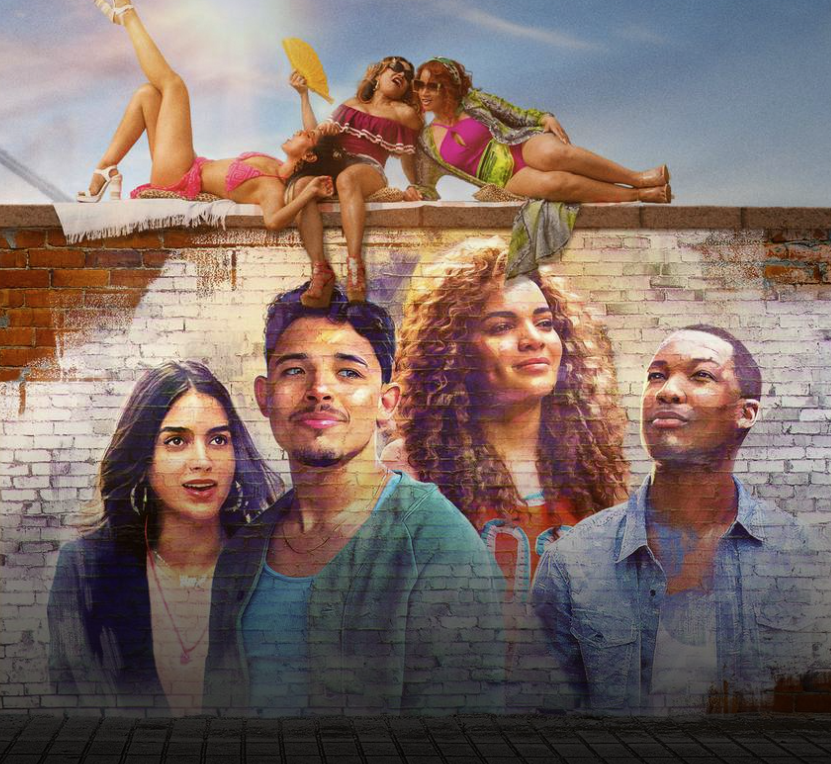 The movie adaptation of “In the Heights,” based on the Tony-winning musical written by Lin-Manuel Miranda, is a 2021 summer staple.

By Grace Hemcher, For The Pitt News

“Hamilton” stans are in awe of the new Lin-Manuel Miranda Broadway play-turned-movie, “In the Heights,” and it is no secret why. The diverse character stories, grandiose flash mob style dance scenes and vibrant colors reminiscent of a warm summer night engulf the viewer from the very beginning of the movie.

A live stage recording of “Hamilton” was released for the first time to a wide audience on Disney+ last summer. Finally we were able to see the catchy songs and explosive dance numbers performed from the comfort of our own homes without breaking the bank. The same goes for the new film adaptation of “In the Heights,” available for free to HBO Max subscribers.

The movie, based on the Tony-winning musical written by Miranda, is directed by Jon M. Chu and was delayed from its planned release last year due to the COVID-19 pandemic, but serves now as a 2021 summer staple guaranteed to take you through a whirlwind of emotions.

For a viewer with delicate heartstrings such as myself, I would recommend keeping a box of tissues within reach at all times, because this heartwarming story about community, friendship and following your dreams packs an emotional punch.

The movie begins on what we believe to be the sunny beaches of the Dominican Republic, with our protagonist, Usnavi de la Vega (Anthony Ramos), telling the story of his neighborhood, Washington Heights in New York City, to a group of small children.

From the beginning, Usnavi is determined to move to the Dominican Republic, which we believe he initially accomplishes. But we come to find out that the beach he’s on is an illusion, and Usnavi has stayed in Washington Heights to start his family.

This plot twist is a refreshing break from foreseeable endings that are widely common among family movies. But I was slightly disappointed that Usnavi’s heartfelt dream of returning to the Dominican Republic to reopen his father’s bar ultimately ceases to come true.

Though the wholesome relationship between Usnavi and love interest Vanessa (Melissa Barrera), who dreams of being a fashion designer in downtown Manhattan, makes up for this somewhat disappointing ending as the couple finds serenity amongst the supportive community of Washington Heights.

The rest of the movie is narrated through Usnavi’s eyes, but has several subplots with other members of the community. Each character in this film brings their own unique identity and ambitions, but each story blends together to create an emphasis on community and shared heritage.

At the heart of the film, bringing light, purity and faith, is Abuela Claudia (Olga Merediz), who the community leans on for support in their times of need. She immigrated to America in 1943 from Cuba and serves as the neighborhood’s matriarch.

Since his parents’ death, Abuela has cared for Usnavi but remains close to every character in the film. She is impossible not to love and is the sole source of my midmovie breakdown.

After a neighborhood blackout at the movie’s climax, The heat overcomes Abuela, which causes her heart to give out. As she begins to pass away, she envisions herself walking through the subway and singing her song “Paciencia y Fe,” which tells her story of coming to America to establish this tight knit community.

This powerful number, full of traditional Latin dance and music, concludes with Abuela’s tragic death. Out of every scene and musical number in the movie, this is certain to be a tear-jerker.

After the death of Abuela, her loss devastates the community, on top of the lasting effects of the blackout and changes to their community as a result of gentrification. But in another zestful dance number, they reflect on the challenges their ancestors faced and provide each other with the encouragement needed to get through this difficult time.

Another source of sentiment in this film arises from the portrayal of challenges that minority communities face every day, such as racial prejudice and immigration reform.

One character, Sonny (Gregory Diaz IV), a young activist and DREAMer, highlights the bleak realities for many children in America who are undocumented. During a protest, Sonny opens up in a conversation with another supporting character Nina (Leslie Grace) about the struggle of being a DREAMer.

Sonny discusses the reality that the American legal system will prevent him from getting a license, traveling outside of the country or going to college.

The conversation strikes Nina, who has a vastly different struggle. As a student at Stanford experiencing isolation and racial biases, she has decided to drop out. With pressure from the entire community and her father’s life savings at stake, she is inspired by Sonny to stay in school and dedicate her studies to bringing justice to the DREAMers.

These contrasting storylines make this film compelling and engaging for the audience by offering different perspectives of life in the Heights. Each story grabs the reader’s attention and leaves them committed to knowing what resolution is in store for each character.

Amidst the dynamic and spirited dance numbers, full of life and electricity, “In the Heights” is an emotional roller coaster featuring powerful messages from the Latinx community about what it means to have a dream.