Staff Picks: Movies made in Pittsburgh 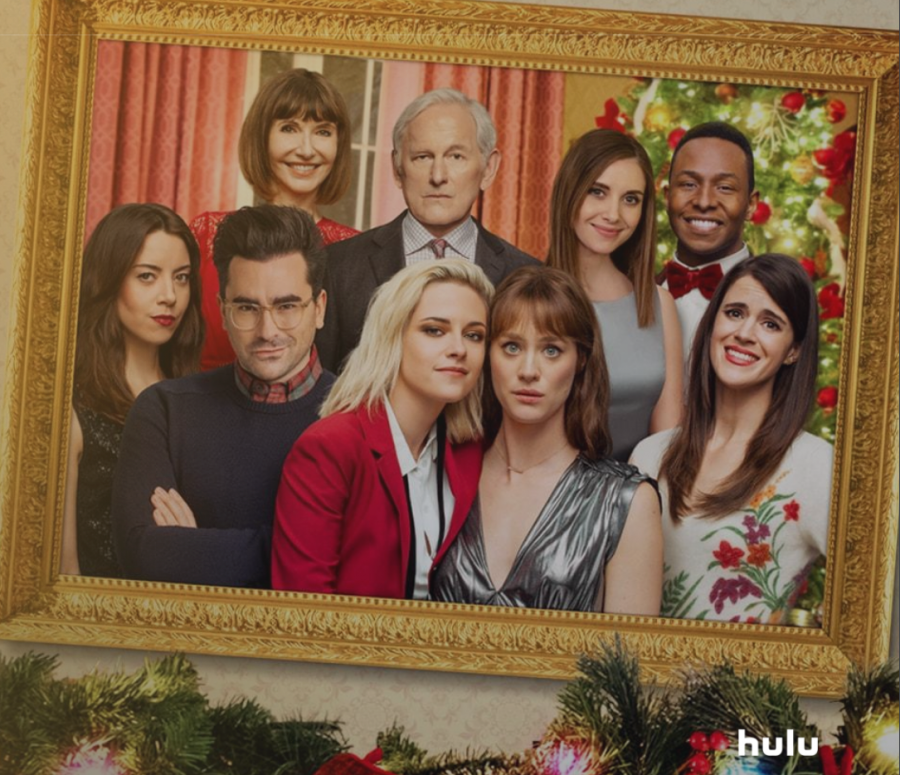 Screenshot of “Happiest Season” via Hulu

There are plenty of iconic film locations in Pittsburgh to visit in your time here, such as the ones seen in “Happiest Season.”

For those who may be unaware, Pittsburgh has a thriving film industry. The City is full of cool and quirky places that filmmakers love using for set locations. From Heinz Field in one of Hollywood’s major superhero blockbusters to the inside of one of Pittsburgh’s premier UPMC hospitals, there are plenty of iconic film locations in Pittsburgh to visit during your time here.

Pitt students will, no doubt, visit Heinz Field at one point in their life. It’s where Pitt’s football team plays, which is pretty cool since it’s the official NFL stadium for the Pittsburgh Steelers. And while that’s incentive enough to go see the Panthers play for yourself, what if I told you Tom Hardy himself has set foot on that field? In full supervillain Bane regalia? Now, there’s even more reason to go.

“The Dark Knight Rises,” the third film in Christopher Nolan’s Batman series, details the heroics of an ageing and injured Batman (Christan Bale) who had faced off against the Joker in the previous movie, changing him from Gothams’ beloved caped crusader into a hated vigilante. Bane (Tom Hardy) is the villain in the movie, and while it’s hard for him to fit the void that Heath Ledger left behind, there are some really cool scenes in the movie.

One of my favorites, that I can’t help but squeal a little about when watching, is Bane’s scene at Heinz Field — or, ahem, the Gotham Knights stadium —where he literally blows up the football field and all the players on it to give a grandiose terroristic speech to a horrified audience of Gothamites, before he proceeds to trap them in the city with a nuclear bomb. It’s eccentric, it’s bombastic and it’s all I can think about every time I go to the stadium in person.

The Perks of Being a Wallflower // Maria Scanga, Staff Writer

Based on the iconic book of the same title by Stephen Chbosky, “The Perks of Being a Wallflower” film was both based and filmed in Pittsburgh. The book was an essential young-teenaged read — making outcasts like me who struggled to make friends during the awful years that are middle school — feel validated. When the movie came out and was an instant success, that validation only multiplied.

The most iconic scene in the film occurs when the three main characters — Charlie (Logan Lerman), Sam (Emma Watson) and Patrick (Ezra Miller) — join together for one last night, driving through the very recognizable Fort Pitt Tunnel into Downtown. With David Bowie’s “Heroes” on full blast and the nighttime skyline of Pittsburgh in full view, it’s one of the most memorable movie scenes about friendship.

One of the group’s favorite hangout spots is also a Pittsburgh staple — King’s Family Restaurant. It’s the perfect diner food spot. And lucky for you, they have those iconic brownies with frowny faces that any Pittsburgh-raised child knows all too well.

Me and Earl and the Dying Girl // Jessica McKenzie, Staff Writer

If you were anything like me in middle school, reading tear-jerking teenage books that eventually turned into blockbuster movies a few years down the road was your favorite pastime. We’re throwing it back to 2015 for this one, when the Sundance film adaptation of “Me and Earl and the Dying Girl” by Jesse Andrews — a Pittsburgh native himself — came out. At the time I wasn’t paying much attention to the setting of the film or book, since I had no idea I would end up going to Pitt. But after rewatching the film as a Panther, I noticed plenty of recognizable locations.

First and foremost, UPMC Children’s Hospital of Pittsburgh. The film is about a girl battling cancer, and what better place to receive treatment than our beloved UPMC? The main characters also attend Schenley High School in North Oakland, which is just a stone’s throw away from campus. The main character, Greg (Thomas Mann), is aiming to go to “Pittsburgh State University” — which we can infer is our beloved Pitt.

Overall, this film is distinctive for its quirky, nostalgic portrayal of high school — awkward social cliques and all. Though the young adult terminal illness genre can be overrated at times, this film portrays it excellently, embracing the flaws of teenagers and emphasizing how much our high school friendships affect us in the long run. So, grab your friends and a box of tissues to get ready to relive some high school memories as you watch it.

I swear Pittsburgh felt gayer when Kristen Stewart and Dan Levy were in town filming “Happiest Season.”  What’s great about this movie — other than the fact that it’s a lesbian holiday rom-com filmed in Pittsburgh — is that it’s set in Pittsburgh, too. This gives locals plenty of things to pay attention to, in addition to Kristen Stewart’s slick wardrobe, of course.

Shot in areas like the Ross Park Mall and Butler Street, the movie centers on the relationship between Abby (Kristen Stewart), a Ph.D. student at Carnegie Mellon University, and her girlfriend Harper (Mackenzie Davis), a writer for the Pittsburgh Post-Gazette. Abby visits Harper’s family for Christmas, but things become chaotic when she realizes that Harper’s family doesn’t know they are dating. Essentially it’s every lesbian’s worst nightmare set in a dream city — talk about using creative liberty.

Watching “Happiest Season” is one of my guilty pleasures, mainly because for 102 minutes I’m able to convince myself that my world has collided with those of gay icons. Though, I will admit, I found some of the film’s creative decisions to be a bit troubling, like the fact that Pitt isn’t even mentioned once. It’s something I’ve decided to overlook so I can enjoy the movie.