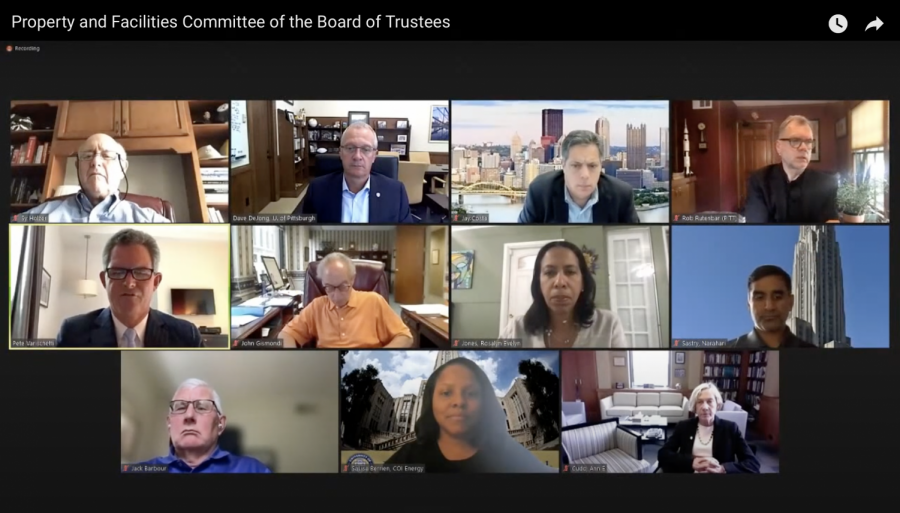 The Properties and Facilities Committee met last Thursday to discuss resolutions to construct new buildings on the Greensburg and Bradford campuses and improvements to an Oakland campus building.

The Properties and Facilities Committee of Pitt’s Board of Trustees held a public meeting last Thursday to discuss resolutions to construct two new branch campus buildings, as well as improvements to an Oakland campus building.

The committee also voted in favor of approving the construction of a new two-story Life Sciences Building on the Greensburg campus, which will include a corridor connection to the existing Smith Hall to create a “Life Sciences Complex.”

The committee voted in favor of beginning the second of two major phases to upgrade and modernize Alan Magee Scaife Hall. The projects modernize approximately 47,400 square feet of space on four floors on the west side of the existing building to provide teaching and student spaces, lecture halls, laboratories and group study spaces.

The existing classrooms will also be reoriented to serve as a hub for the six health sciences schools and the building’s mechanical, electrical and plumbing infrastructure will be updated to support requirements. The committee estimated the project cost to be $30 million.