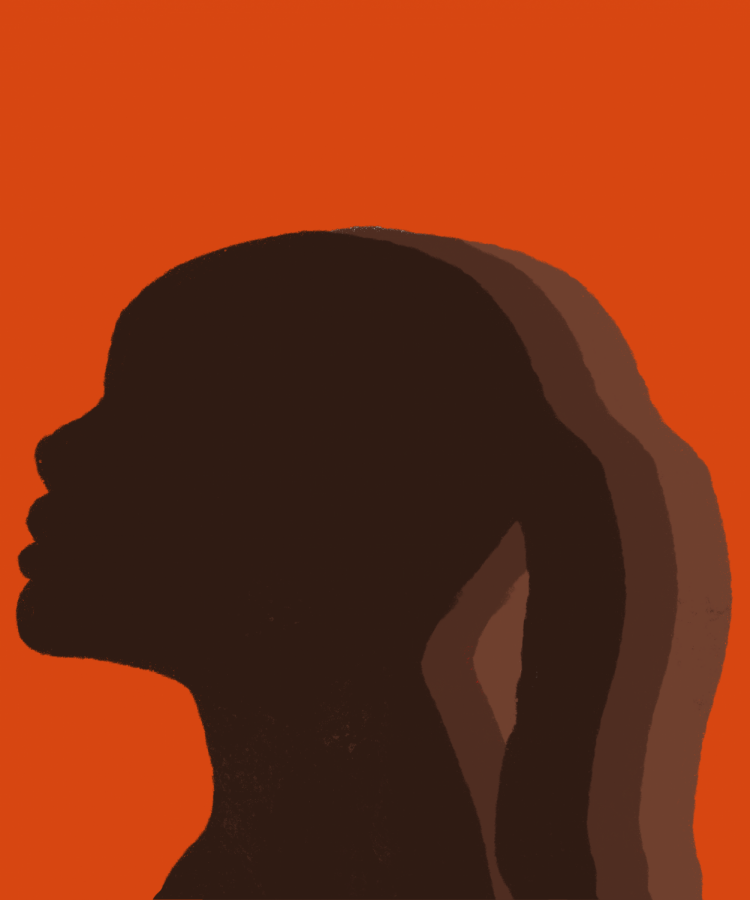 By Ashanti McLaurin, For The Pitt News

Black people face adversity every day. I’m seen as a walking threat everywhere I go, even if I’m just running through my neighborhood. Every time I see a police car driving behind me, my hands start to sweat. Then I think about what my dad has taught me — put your hands on the dashboard, have your license out, start video recording and hope to not become another hashtag with your face plastered on a photo collage.

But I’ve been accustomed to this lifestyle since I could understand what being Black in America means. People judge me based on stereotypes daily — being called loud, people clutching their purses every time I pass them and being looked at wide-eyed for my hairstyles. Though I’m the opposite of what people perceive me as, it still damages me physically, emotionally and mentally.

Conversations about mental health have been more open and raw in the past couple of years, but it’s still taboo in the Black community. Don’t ask me why, but Black people tend to not talk about mental health. When it is brought up it’s either to dismiss it or make jokes about it.

Mental health in the Black community is deteriorating and here are three reasons why no one wants to talk about it.

Rodney King’s beating left a traumatic mark on Black people. This beating was one of the first to ever enter the public consciousness through video — 24 minutes of brutal and graphic injury at a routine traffic stop. Fast forward 30 years later and the same treatment is still happening to Black people — like Trayvon Martin, Eric Garner, Breonna Taylor and more cases all over America that sparked the Black Lives Matter movement.

George Floyd’s murder brought an immense amount of anxiety and depression to the Black community. A Washington Post article shows how the rate of Black Americans showing clinically significant signs of anxiety or depressive disorders jumped from 36 to 41% in the week after the video of Floyd’s death became public. The trial of Derek Chauvin didn’t help the situation either, as Black Americans anxiously waited for a verdict. It’s draining emotionally and mentally to listen, see, feel and relive Black people dying at the hands of the police back-to-back and hoping the guilty are actually found guilty for their crimes.

COVID-19 has impacted everyone globally with long-term effects physically, emotionally, mentally and financially. Mainly, Black and Latino people have faced the extremities of the pandemic’s wrath. The Commonwealth Fund states that Latino and Black adults have experienced economic hardship during COVID-19 at a rate between two and three times greater than white adults. Survey respondents said they have struggled economically, and were unable to pay for basic necessities, or used up all their savings or borrowed money. This stress and pressure to try and survive can create a worrisome feeling which can lead to anxiety and depression.

A study from Columbia University describes how Black people often face socioeconomic disadvantages. Black people make up 40% of the homeless population, 50% of the prison population and 45% of children in the foster care system. Research shows how negative influences such as violence, incarceration and involvement in the foster care system can lead to higher chances of Black people developing mental health illness. Black people face stereotypes about being “uneducated” and “poor” — even though Black women are the most educated group in the United States. The pressure to prove your worth and beat institutionalized racism in the workplace and school can deteriorate not only self-esteem but also mental health.

It’s okay to seek out help — it shouldn’t be embarrassing to take time off to rest mentally. For Black people, it might be seen as embarrassing to be vulnerable, but there’s no shame in talking to therapists, calling mental health hotline numbers or searching for safe and positive ways to relieve stress, anxiety, depression and more.

Being a Black person in America is the scariest reality — although the culture and community are what make being Black amazing. Mental health in the Black community shouldn’t be seen as a trivial thing and should be taken more seriously.

We need to remind ourselves that our lives aren’t the only thing that matters — our mental health does, too.