Editorial | WADA’s ban on marijuana is senseless, unfair to athletes 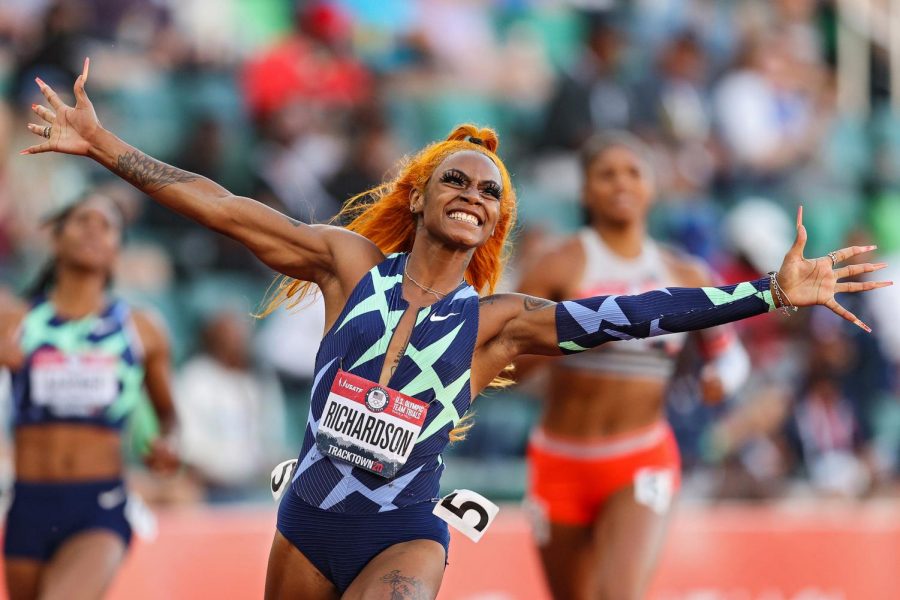 Sha’Carri Richardson finished first in the 100-meter dash at the U.S. Olympic Trials on June 19, securing both a berth at the Games and online acclaim for her impressive time and striking orange hair.

She failed a drug test for marijuana 12 days later, accepting a month-long suspension from the United States Anti-Doping Agency and forfeiting her Olympic spot as a result. Marijuana is on the World Anti-Doping Agency’s list of banned substances, though the organization has made it clear that the U.S. is a primary reason it remains prohibited. While she could have still been selected for the U.S. 4×100 meter team, U.S.A. Track and Field did not do so.

Richardson’s Olympic dreams were crushed over a drug that’s entirely legal for recreational use in 18 states plus Washington D.C., including her home state of Oregon. Richardson’s suspension and, more broadly, the USADA’s reasoning behind banning marijuana use doesn’t hold up to the tiniest bit of scrutiny.

The USADA claims that marijauna use puts athletes at risk, may have performance enhancing effects and “is not consistent with the athlete as a role model for young people around the world.” These guidelines are largely based on the idea that the USADA is a caretaker for athletes and viewers. When it comes to Olympians, it’s not this organization’s place to disqualify incredibly hardworking, dedicated athletes under the guise of their own safety. And, as we stated a few weeks ago, the onus of censorship falls on the viewer, not the entertainer. If an athlete wants to smoke weed and even be seen doing so publicly, that’s their prerogative.

And of course, it’s worth noting the uncertainty and relative insignificance of any performance enhancing capabilities marijuana may have. Studies show that the drug can manage pain and increase focus, two effects that are difficult to construe as detrimental to the integrity and safety of the Olympics. It can also affect the amount of oxygen a person can have in their body at a given point, which admittedly has potential for offering a competitive advantage. That being said, Gatorade offers a competitive advantage by hydrating athletes. Is that grounds for suspension?

Furthermore, with any of these anti-doping rules pertaining to recreational drugs, the USADA shouldn’t be so absolute. The circumstances leading to Richardson’s positive test are, from an athletic fairness standpoint, benign as can be. While interviewing with NBC on June 25, she received news of her biological mother’s death, a situation she’s described as blindsiding her with “sadness, and hurting, and hiding hurt.” She used marijuana in a state where it’s legal, outside of competition and in response to trauma.

Business considerations should matter for Team U.S.A. and affiliated organizations. And clearly they do — part of the USADA’s reasoning behind banning marijuana use for athletes relates to maintaining a good image for the Olympics. An even smarter business decision would be softening the rules on marijuana to avoid such a polarizing debacle like Richardson’s suspension. It’s not hard to envision Olympic viewership and support for Team U.S.A. eroding because of her suspension. Richardson could have been a national sensation and a public relations lift for the 2020 Olympics, which have been plagued by controversy. The USADA would be wise to change the rules before the situation repeats itself.