Pitt faculty to vote on unionization beginning next month 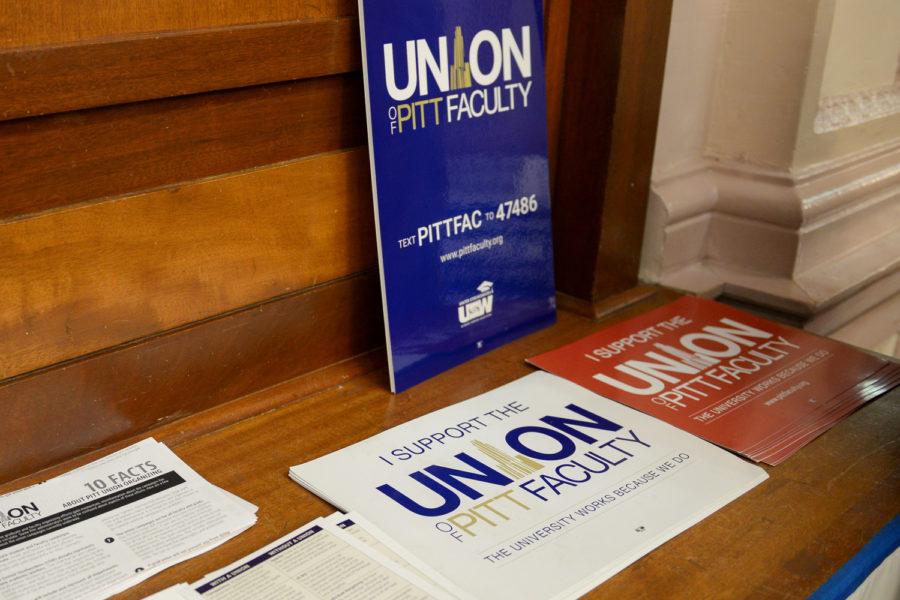 Pitt faculty will vote on whether to unionize beginning next month, the Pennsylvania Labor Relations board announced Friday.

After a years-long campaign, Pitt faculty will vote on whether to unionize beginning next month, the Pennsylvania Labor Relations board ruled Friday.

The PLRB will mail ballots to all union-eligible voters on Aug. 27, and they must be received back at the board’s Harrisburg office by Oct. 12. The board will begin counting ballots on Oct. 19 at 10 a.m.

Votes will be cast on the heels of an intense year filled with questions about shared governance during the COVID-19 pandemic, as well as a 1.25% progressive pay raise in this year’s budget which some faculty panned as too small after a salary freeze last year. Union organizers have had three main priorities since their campaign began in 2016 — improving pay, job security and transparency between the administration and faculty.

Tyler Bickford, an associate professor of English, said in a press release that he is “thankful that we will finally have the chance to make our voices heard.”

“A vote for a union is a vote to create a better university,” Bickford said. “Gaining a voice will provide faculty members with greater job security, improve educational outcomes, promote better research and increase transparency across the university system. It’s a win-win.”

Pitt spokesperson Kevin Zwick said the “University has always been clear that the question of faculty unionization is a faculty decision, and we will continue to keep all community members updated about the process.” He also pointed to a University-run website which includes information about the unionization process.

Pitt administrators have not explicitly come out against a faculty union, but Provost Ann Cudd said in September 2018 that she was “not really clear what the need would be,” and Chancellor Patrick Gallagher said a few weeks later that “sometimes unions don’t always represent everyone equally well.”

In the faculty union’s sister campaign to unionize graduate students, which fell just short of winning a spring 2019 election, the PLRB ruled that the University committed unfair labor practices, but showed sufficient evidence that its conduct “did not affect the results” of the election in favor of voting against union representation. Financial disclosure reports obtained by The Pitt News show that the University has paid more than $2.1 million to Ballard Spahr, a Philadelphia-based “union avoidance” law firm, since the two unionization efforts began in 2016.

The Friday announcement comes several months after a PLRB official ruled on the size of a potential bargaining unit. Stephen Helmerich, a PLRB hearing examiner, listed in his 25-page April decision the various groups of faculty members who would be included in the roughly 3,000-member Pitt bargaining unit, but ultimately did not include faculty from the School of Medicine, a point of contention. Union organizers had argued against inclusion, while the University had said the unit should include the School of Medicine.

Before the April ruling, the faculty union campaign had been at an impasse for two years due to disagreements between union organizers and the University over which faculty would be part of a potential union.

Organizers originally claimed in January 2019 that they had met the required 30% threshold of faculty members submitting cards to authorize an election, but the PLRB said several months later that organizers had not met the mark, prompting a legal battle. A Pitt News investigation found that Pitt had included hundreds of administrators and retired professors on its list of union-eligible faculty, which is used to determine whether the 30% threshold has been met. Helmerich ruled in June 2020 that the Pitt-submitted list was “factually and legally inaccurate.”