Center For Creativity prepares for fall with new strategies, workspaces 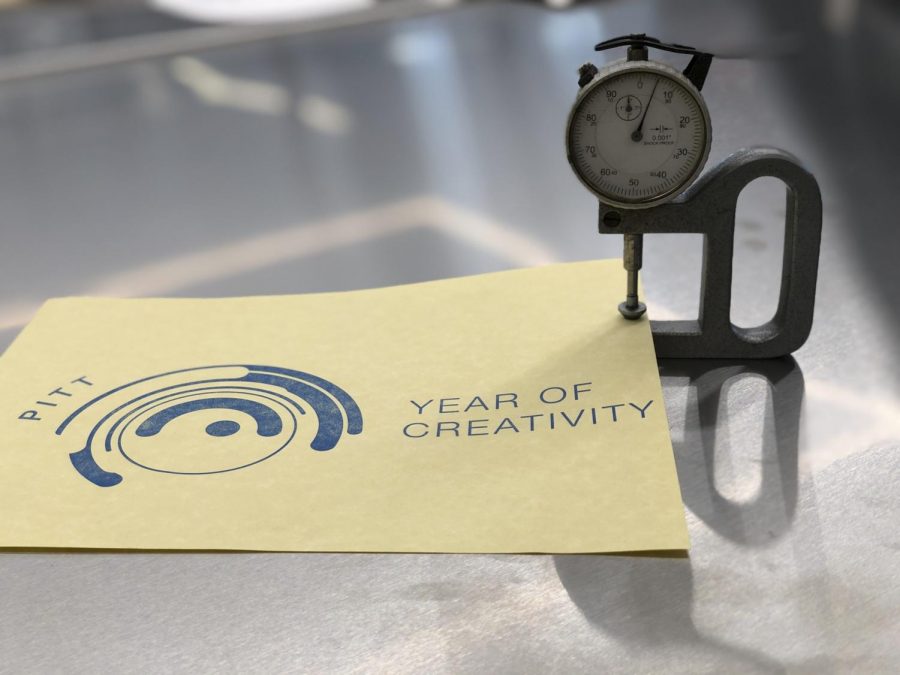 Image via Center for Creativity

The Center for Creativity is finally opening their second space this year, the Text & conText Lab space, located in the Hillman Library.

By Julia DiPietro, For The Pitt News

When looking to be crafty, the Pitt community often turns to the Center for Creativity for all things art. They will have a new space this fall to draw on their imagination — literally.

The Center for Creativity opened a new creative space a few weeks ago on the third floor of the Hillman Library, called Text & conText, where students can try out bookbinding, papermaking, calligraphy, a Vandercook proof press and more. This venture was a partnership with the University Library System.

Along with a new space, the Center is also planning for a return to some in-person activities with virtual options this fall. They hold classes and provide supplies at The Workshop below the University Store and now Text & conText. Because of the COVID-19 pandemic, their programming was entirely online last year. Pitt also delayed the opening of Text & conText from early 2020.

Both spaces have walk-in hours during the week from 10:30 a.m. to 4 p.m., Tuesday through Friday.

Kit Ayars, the director of the Center for Creativity, said one of the center’s goals is making sure people of all artistic levels feel comfortable in their craft. This is even more poignant for this year’s slate of activities because of the close community that has developed during the pandemic, she said.

“One of our mottos is ‘amateurs welcome,’” Ayars said.

Ayars said she’s most looking forward to seeing students engage with the new center this semester.

“The big thing is the Text & conText, which students have not been able to be in before,” Ayars said. “So that will be a huge new thing especially from the student perspective, to have that space in Hillman on the third floor.”

Finding a hands-on way to make art is one of the most important missions of the Center, according to Eric Schuckers, manager of communications and programming for the Center of Creativity. He said figuring out how to do this virtually was one of the most challenging aspects of last year’s programming.

“Our mission is finding ways to encourage hands-on making,” Schuckers said. “Initially we wondered, ‘How are we going to be able to do this and take what we do and translate it into an environment where hands on really means hands on in your house?’”

The Center for Creativity introduced film festivals with virtual screenings, produced the documentary “CHASING COVID” and started a three-season collaborative podcast about creative and current events. The third season discusses the Text & conText Lab as well as the importance of writing in modern times, propaganda and the press.

Shannon Fink, manager of operations for the Center of Creativity, helped create the podcast. She said it was one of the most fulfilling projects she worked on last year.

“I’m super proud of that because of the amount of teamwork that went into it and the way we were able to collaborate together,” said Fink. “I got to meet a bunch of cool people and we started building a community of people who do creative things at Pitt and just talking to them about it.”

But the return to in-person this fall doesn’t mean that all virtual work will halt. The Center said it plans to continue activities such as online open mic nights and film screenings. Schuckers said some of the new online efforts paid off and positively contributed to the center’s opportunities.

“I think we want to take a beat and recognize what we did for the last 18 months and what worked and use that going forward to continue to offer the best experience,” Schuckers said.

The pandemic changed how the Center for Creativity operated, but it didn’t change the ability to continue its productions. Shuckers said being able to take a difficult situation and turn it into a positive outcome shows the true importance of creativity and how it’s such a vital trait.

“Creativity encourages flexibility, risk taking and adaptability. Those things are all really critical for what students are going out into the world within a few years,” Schuckers said. “So I think on that level creativity is a skill that we all ought to be practicing and more consciously making an effort to use.”

Schuckers said the Center for Creativity values the process over the end result, and the engagement and connections between individuals.

“I think one of the things we like to emphasize about creativity is collaboration, and it is that opportunity to make partnerships both personal and creative across different kinds of making,” Schuckers said.

Clarification: This article has been updated to reflect that the Center for Creativity opened the Text & conText space in a partnership with the University Library System.