Opinion | Tips for your first year as a politically active student 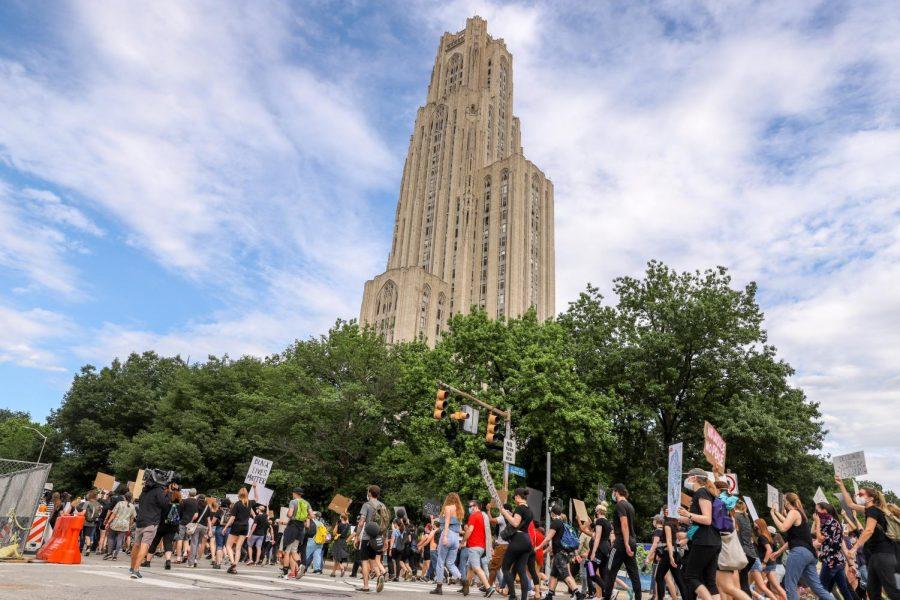 I remember stepping foot on campus last year and feeling incredibly nervous. I was easily one of the most politically active students at my small town high school, but I didn’t have the leadership positions and hundreds of LinkedIn connections that some of my Pitt counterparts did.

But over the year I slowly gained my political footing by making friends and participating in clubs. So here, dear readers, are my tips for your first year as a politically active college student.

Know the important issues and campaigns in Pennsylvania

This academic year will be an important one for politics. There will be elections across the state on Nov. 2, including in Pittsburgh, which is likely to usher in the City’s first Black mayor. There are also seats up on all three of Pennsylvania’s statewide courts.

In the spring, primaries will determine candidates for the entire Pennsylvania House of Representatives and approximately half of the State Senate. In those primaries — which take place on May 17, 2022  — voters will also choose the new governor and lieutenant governor.

Another primary election is already gaining national attention. The race for one of Pennsylvania’s two U.S. Senate seats began heating up after Pat Toomey announced he would not be seeking re-election. There are more than 15 declared contenders, including Lieutenant Gov. John Fetterman and State Rep. Malcolm Kenyatta.

There are also a slew of issues worthy of students’ attention. An election reform bill that would require voter ID passed in the Republican-controlled state legislature and was vetoed by Gov. Tom Wolf in June. But, it is likely to be re-introduced after Wolf said he is no longer opposed to considering new voter ID rules.

Also, Pennsylvania currently does not have a clear timeline for redistricting ahead of the 2022 primaries. Redistricting is a process done by legislators to draw state legislature district boundaries, deciding how many seats each district gets and who gets to vote for each legislator. House Republicans said it will be the “most transparent” redistricting process ever and the Legislative Reapportionment Commission scheduled three public hearings in early August.

Do not be quick to accept unpaid internships

It is important to think very critically before accepting any position that is unpaid. One of the Democratic party’s main talking points is raising the minimum wage, but, until recently, many campaigns and legislative offices were not offering paid internships.

A common excuse for not paying interns is that they are still gaining experience and can use it for their resumés. But when a young person is struggling to afford tuition, rent and meals, it is a completely unreasonable expectation. Work is work. And you should be compensated for helping someone get elected or keep their office running.

Participate in a wide variety of extracurriculars

Pitt really has it all. There are organizations that relate to your area of study such as the Political Science Student Association and Student Government Board, and also partisan clubs like the College Democrats or College Republicans. But it is also easy to intertwine your love of politics and advocacy with one of your interests.

Make friends within your major

Politically active students naturally stay very informed, which can definitely lead to stress. Having someone who will do homework with you and also tell you when it’s time to turn off the news can be helpful. Also it’s really nice to make a friend group that looks out for one another when it comes to finding internships, running for positions and going to rallies.

It was harder for Pitt students to make friends last year because so much was online. The availability of in-person classes this year will allow us to build communities with those who have the same passions and goals as us. So, remember to say hello to your classmate in your American Politics class and reach out to upperclassmen in your clubs!

Don’t forget about the City

One of the best parts about Pitt is its location. Pitt has a lot of opportunities for young people looking to enter political work. And when you step off campus, you have a wide array of local nonprofits and organizations to connect with. If you want to learn more about civil rights work, you could check out Pittsburgh’s ACLU. If you want to learn more about immigration justice, you could check out Casa San Jose. Utilize the alumni network or contact a legislative office. From the school board level to the U.S. House of Representatives, there are City leaders looking to work with young minds.

You might feel like a small fish in a big pond here at Pitt, especially if you come from a rural area like me. It can be easy to fall down a rabbit hole of resumé building and five-year plans. But it’s important to remember why you are here — to learn, grow, gain some independence, meet new people and have fun. Work hard, but don’t spread yourself too thin.

My advice? Immerse yourself in your classes and find a few extracurriculars that are fulfilling and keep you energized. As Sen. Elizabeth Warren once said, “A good education is a foundation for a better future.”

India writes primarily about politics for The Pitt News. Write to her at [email protected] or follow her on Twitter @indialarson_.