Staff Picks: Comedies to get you through the first week of classes 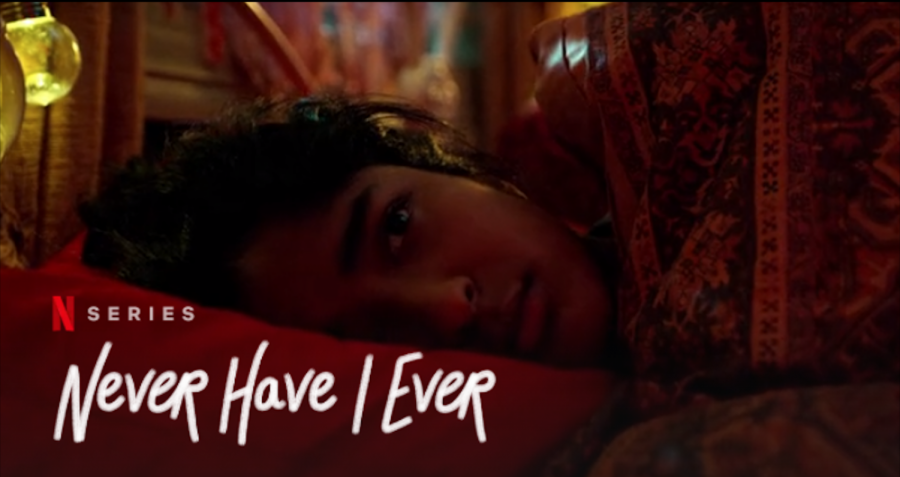 Screenshot of “Never Have I Ever” via Netflix

“Never Have I Ever” on Netflix is one of the staff’s picks for comedy movies and TV shows that are just what you need to survive the first week of classes.

It’s one of the best and the worst weeks of the semester, the first. While you’re getting all your syllabi together this fall, you should probably take a break to unwind even for just an hour or two. These comedic movies and TV shows will provide the perfect reprieve from work when class assignments start piling up.

Never Have I Ever (Netflix) // Julia DiPietro, For The Pitt News

“Cheesy” may be the first word that comes to mind when watching the hit series “Never Have I Ever,” but this isn’t in a bad way. Mindy Kaling, the writer behind the show, truly outdid herself. New half-hour episodes have just dropped on Netflix, providing you with two binge-worthy seasons right in time for the start of the fall semester. The story follows sophomore Devi Vishwakumar (Maitreyi Ramakrishnan) who faces the challenges of school, crushes, friendship and recovery after the death of her father.

“Never Have I Ever” manages to perfectly juggle a large range of topics in addition to its comedic notes. It covers current issues such as racism, eating disorders, mental health and toxic relationships. However, the serious moments don’t overshadow the light-hearted and smile-provoking segments of friendship, love and family. With a star-studded cast, including narrators such as tennis player John McEnroe, Gigi Hadid and Andy Samberg, “Never Have I Ever” brings a vibrant twist to the coming of age genre and is a perfect series for any college student looking to procrastinate.

The quintessential early 2000s rom-com “13 Going on 30” promises every emotion under the sun in the short span of an hour and a half. Following the life of 13-year-old Jenna Rink (Jennifer Garner) who wishes she could skip over the awkward teen years and be “30, flirty and thriving,” the movie is a cautionary tale to be careful what you wish for.

After an awkward but funny failed 13th birthday party, Jenna wishing she was 30 using magic wishing dust from her best friend Matt. Lucky for Jenna, her wish comes true, and she wakes up in a gorgeous Manhattan apartment as a beautiful 30-year-old with the career of her dreams, stylish friends and a famous hockey player boyfriend.

While it is hilarious to watch her go through the ups and downs of filling the gaps of the last 17 years of her life, it is also a heartwarming story of the missed romance between her and Matt (Mark Ruffalo). The perfect rom-com, Jenna’s adventures and personal growth through her new life as a 30-year-old helps her realize her current dreams aren’t really what she wants. Prepare to shed some tears, laugh loudly and hug your mother after watching “13 Going on 30.”

Have you ever wanted to see “The Breakfast Club” meets “The Lord of the Rings” but with a much larger margin for something insane to happen? Then you should really check out CollegeHumor’s “Dimension 20,” where current and former CollegeHumor cast members and guests play Dungeons and Dragons. Trust me, you don’t have to understand the game at all to get a laugh out of it. While most of the seasons are self-contained stories, I personally recommend “Fantasy High” as a starting point. The whole play is available on YouTube, and not all the players are familiar with D&D so more of the game’s rules are laid out.

“Fantasy High” follows the “Bad Kids,” a group of first-years at the Aguefort Adventuring Academy, as they work to unravel a mystery involving their entire town — a description that, while accurate, doesn’t begin to capture the show’s humour. The players, made up of former CollegeHumor cast Lou Wilson, Siobhan Thompson, Emily Axford, Zac Oyama, Ally Beardsley, Brian “Murph” Murphy and Dungeon Master Brennan Lee Mulligan, play fabulously off of each other to craft a story that is simultaneously touching, hilarious and just generally off the rails.

If you’re looking for comedy, anything with Eddie Murphy is always a good option, and one of his best films is “Coming to America.” The movie is firmly entrenched in the decade in which it was produced — practically oozing a “late 80s” vibe — but truthfully I’ve never laughed more than the first time I watched this. It’s quirky, crazy, dated in the best way and even a tad romantic.

The movie focuses on one Prince Akeem (Eddie Murphy) who hails from the fictional African country of Zamunda, similar to the comic-book nation of Wakanda where the Black Panther rules, in its wealth and scale. As he’s come of age, his parents task Akeem with finding a bride and future queen. When he finds the women in Zamunda lacking, he heads to America — specifically Queens, New York — to find his love. Akeem is joined by his childhood friend Semmi (Arsenio Hall) while they navigate the wonders of the wintery world of New York in the 80s, and it’s a far cry from the lovely golden-hued jungles of Zamunda. The characters are not only hysterical in their naivety but sweet in the face of all of America’s, well, “Americanness.” Will Akeem find his queen? The aptly named borough is sure to provide.