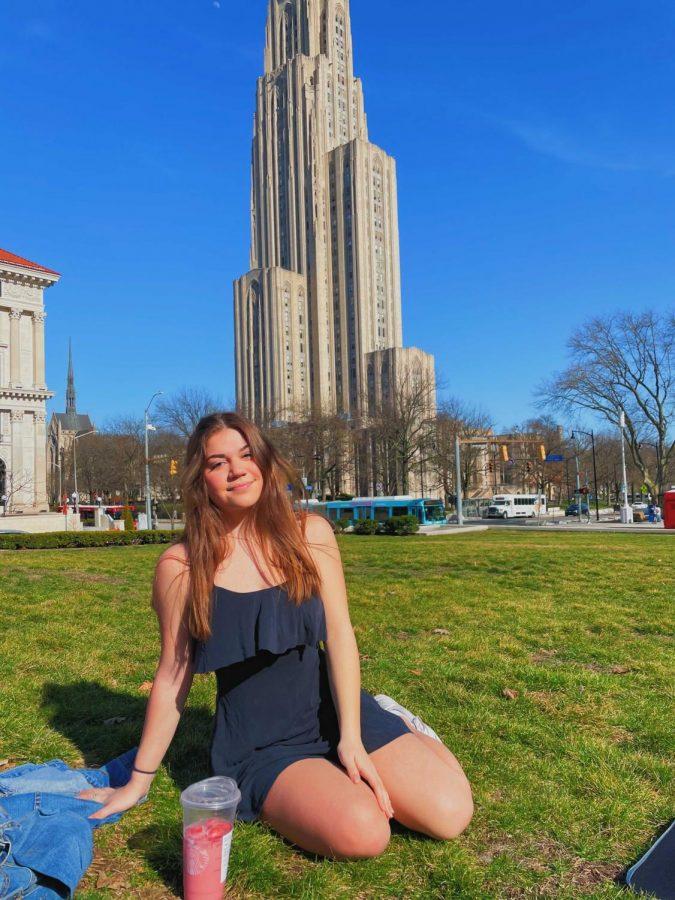 After the class of 2024 experienced their first year at Pitt virtually, many second-year students, like undecided sophomore Sara Saber, hope this semester can shine with a glimmer of normalcy.

GroupMe and Zoom are not the ideal way to meet people and make friends in classes, according to Sara Saber, an undecided sophomore. Saber said after a year of online school, she’s happy to be in person and to make friends more easily.

“I didn’t meet people in my classes last year,” Saber said. “I was able to make some friends in my classes through GroupMe and asking questions and things like that, but not a lot, maybe like one or two.”

After the class of 2024 experienced their first year at Pitt virtually, many second-year students said they lost the typical college experience and that they are coming to campus unprepared. While last year was unusual, the 2021-22 academic year is seemingly a step towards normal life with in-person classes and events.

Besides online classes, students couldn’t bring guests into their dorms last year. Saber said these rules made it difficult for her to make deep connections with people that were not on her floor in her dorm.

“I like my friends but obviously it was a little bit inconvenient how we had a lot of restrictions and we were just kind of tied down to that one friend group on your floor or in your building or whatnot. You weren’t allowed to go into other residence halls for a while and it was hard, I felt restrained.”

Haley Capeci, a sophomore neuroscience major, was on campus all of her first year. She said she was happy to be on campus since a lot of schools in New Jersey, her home state, were fully virtual. Capeci said being able to go to campus was an opportunity to get a first-year college experience that not everyone got.

“I felt really happy that I was able to be here and doing the classes,” Capeci said. “I felt like even though it wasn’t like actually attending a college class in person, I’m sort of still getting that college experience that some people weren’t getting.”

On the other hand, Lili Ball, a sophomore political science and communications double major, said she left right before winter break because she didn’t think it was worth the money to stay in the dorms.

“I was in Residence Inn Bigelow which was far from campus and lacked the typical dorm atmosphere,” Ball said. “The rules were strict and my roommate left before I did, which made me feel alone. I didn’t want to stay at Pitt feeling alone and paying for the unusual first-year experience that I was given.”

Pitt administrators announced last Friday that the first two weeks of classes this semester would have the option of being remote. According to Saber, this call was a disappointment to many sophomores who were looking to experience their first in-person classes at Pitt.

“I don’t honestly think it’s necessary to do the first two weeks online,” Saber said. “I was kind of bummed because I wanted to just experience everything in person and start off on the right foot. But if that’s what’s best and we’re guaranteed to be in person in two weeks, then I’m totally fine.”

With online classes making it more challenging to meet people, Capeci said joining clubs like the Pitt chapter of the Youth Movement Against Alzheimer’s and intramural kickball team helped her make friends and make her first year feel more normal.

To help sophomores gain the experience at Pitt that they may not have gotten before, Welcome Week — which is normally just for first years — is being opened up to sophomores this year. Sophomores can attend events designed for them such as Lantern Night and Second-year Late Night Breakfast.

Chance Wideman, director of New Student Programs, said sophomores should be welcomed alongside the incoming class of 2025, since they lost out on so much last year.

“Due to the ongoing pandemic, those students could not experience many exciting Welcome Week events, traditions and experiences,” Wideman said. “New Student Programs and various other departments have created a series of events for the class of 2024 to engage in and replicate a portion of their first year that they were unable to have. Events throughout Welcome Week have been heavily attended, and feedback has been excellent.”

Saber said she is excited to go to these events, which started last Sunday and go until next Sunday, to see how Pitt welcomes students and what big events are like in person.

“I am excited. I think that it would be really fun to go,” Saber said. “To see how Pitt put together group events in person since most of it was online last year.”

While Ball hopes all classes will be in-person after the two weeks, she said the option of remote learning was not really optional — many of her professors immediately decided to go all online, making it seem like her first year all over again.

“My professors are allowing us to sit in the classroom and join the Zoom there while they teach remotely,” Ball said. “Which I was disappointed by because I was hoping to be in a social learning environment and I feel like nothing changed from last year.”