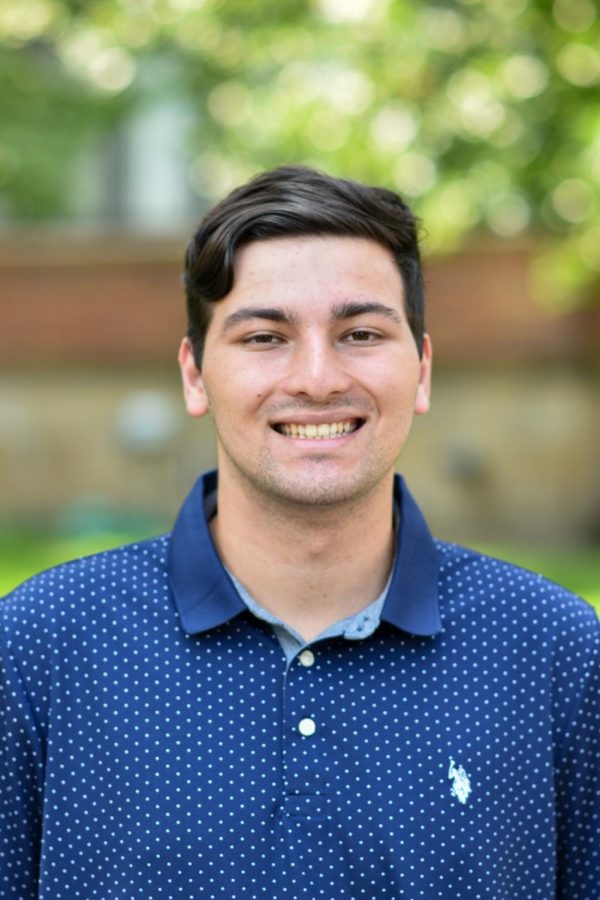 Mark Santora, a junior biology and classics major, is the club president of RollPlayers. RollPlayers is an on-campus organization dedicated to playing tabletop role-playing games such as “Dungeons and Dragons.”

For students in Pitt’s Urban Gaming Club, the tag game battle of “Humans vs. Zombies” doesn’t just take place during club meetings. The players can attack one another at any time, anywhere they run into each other on campus.

Wear said she originally joined Urban Gaming Club during her first year at Pitt after spontaneously joining a game of “Humans vs. Zombies” while in a meeting for another club.

“I asked them if I could join and I spent the next 10 minutes running around and having a good time 一 now here I am as president of the club three years later,” Wear, a senior mechanical engineering major, said.

Pitt’s gaming clubs are back in full swing this semester for both in-person and virtual activity. Along with the Urban Gaming Club, Pitt’s gamers can look forward to kicking off the semester with other gaming groups on campus such as Games.edu and RollPlayers.

Wear said the Urban Gaming Club started virtual game nights every Monday night on Discord when the COVID-19 pandemic began and will continue them this semester. They will also host board games, card games, video games or game streaming in David Lawrence Hall on Wednesday, Friday and Saturday nights.

One of the Urban Gaming Club’s newest efforts is to make games more accessible for students with disabilities such as blindness and deafness. While finding an online game accessible to people with such disabilities is difficult, the club improvises with in-person games such as Marco Polo. Wear said this work makes her proud to run the club.

“When I first came to college, this image of goofing off, playing games and having fun with a good variety of people became sort of the goal,” Wear said. “Urban Gaming Club is my community 一 it changed my perspective on clubs and being able to bring that fun and joy to other people is just so rewarding.”

Another gaming club that emphasizes inclusivity is RollPlayers — an on-campus organization dedicated to playing tabletop role-playing games such as “Dungeons and Dragons.” Club secretary Peyton Wood, a sophomore English writing major, said as an LGBTQ+ student, she found an accepting community through RollPlayers.

“Since a lot of gaming spaces can be very hostile toward marginalized groups, a lot of them are driven out of gaming spaces,” Wood said. “But I have never felt unsafe at RollPlayers 一 there’s a lot of people who are very inclusive.”

Wood joined RollPlayers last fall, when all club activities were virtual. The club’s communications are still primarily through their Discord server this year, although the club plans on hosting in-person games of “Pictionary,” “Among Us” and “Dungeons and Dragons” in the near future.

According to Wood, club members can suggest any role-play games in the club’s Discord server. The server currently holds almost 600 members, and there is always someone willing to play games with others. Wood said as secretary of RollPlayers, she has honed a lot of skills needed to run a game.

“That’s what I’m most proud of 一 being a club officer is one thing, but running games taught me time management,” Wood said. “Role-play games are also a team effort, so you need to be creative and cooperative with the players’ improv skills.”

Club president Mark Santora, junior biology and classics major, joined RollPlayers during his first semester at Pitt after finding a flyer at Phantom of the Attic, a local game shop on South Craig Street. He said the club felt like a perfect fit for him because of his longtime passion for tabletop games.

“I found my close group of friends through RollPlayers 一 even though we’re all different majors, we all have a lot of shared interests,” Santora said. “I’m even playing one game with two students who have graduated from Pitt 一 even though they graduated, RollPlayers still means a lot to them.”

Games.edu is another student-run organization for Pitt’s game fanatics. Before the pandemic, students in Games.edu were encouraged to make their own tabletop games, as well as experiment playing games that are more uncommon. Now, the club is regaining their footing with in-person activity and preparing to hold sessions for board games such as “Fog of Love.”

“This semester is interesting because it’s my first time planning in-person events. I had to figure out how to schedule meeting spaces and how to sign up for events and programs,” Dougherty said. “I’m excited to make sure that all my members feel happy and involved.”

Games.edu is keeping a virtual option for students who are not yet comfortable with in-person activities on campus. Students can join the club’s Discord server and suggest games for the club to play. To date, Games.edu has hosted sessions of “Cards Against Humanity,” “Werewords,” numerous LEGO games, “Skull” and more.

Dougherty said her primary goal as club president is to make new students feel welcome. While the sudden jolt back to normalcy can be overwhelming, Dougherty said she wants to give a safe community of gamers to students who are having difficulty adjusting to in-person activities at Pitt.

“I don’t want students to be lonely,” Dougherty said. “With everything that’s happened in the past year, we really just need a space to relax and learn how to socialize again with no pressure 一 I hope to create that atmosphere for anyone who needs it.”