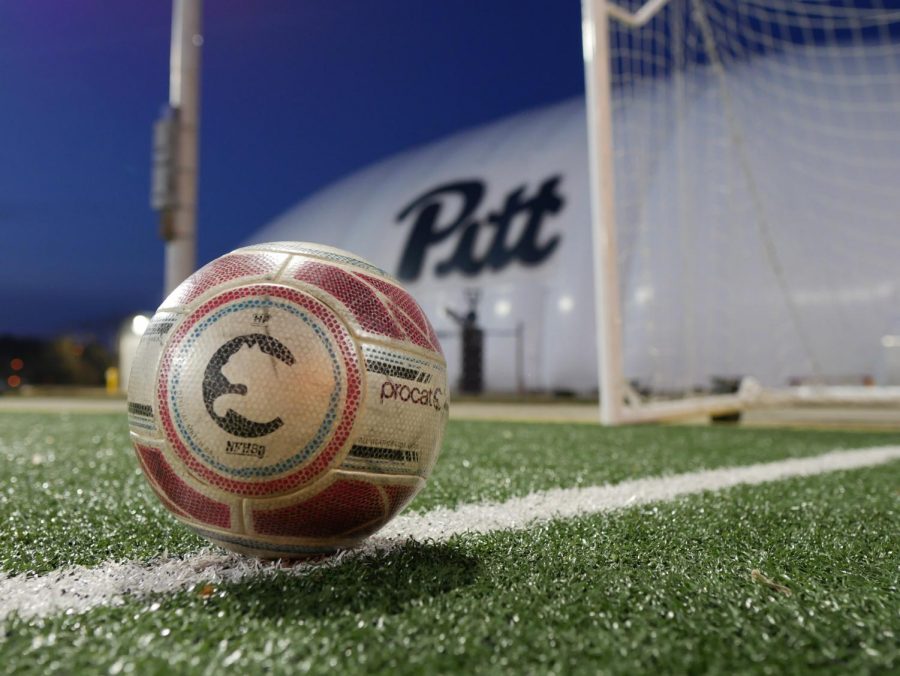 Junior forward Amanda West made her first start for the Panthers since Sept. 2, after an apparent ankle injury sidelined her for three games. The Panthers went 2-1 in the three games she missed.

The Panthers were without both junior forward Landy Mertz and head coach Randy Waldrum. Mertz injured her ankle in the 30th minute against Towson, leaving her needing crutches and a walking boot after the match. She did not make the trip to Clemson.

Both teams played pretty conservatively for the first 10 minutes, with the only shot coming from Clemson first-year forward Renee Lyles in the seventh minute. Despite this, the Clemson offense controlled the ball for a much longer time than Pitt.

The Tigers started to pressure the Panther defense in the 12th minute. The visitors held their ground, but the Tigers didn’t allow Pitt to get going on offense. One lone shot from first-year forward Sarah Schupansky went extremely wide of the net.

Clemson broke through in the 18th minute. Junior midfielder Hal Hershfelt passed the ball to sophomore defender Makenna Morris inside the 18-yard box. Morris worked her way around several Pitt defenders before threading a pass back to Hershfelt, who shot the ball in the top corner of the net. The first goal of the match gave Clemson a 1-0 lead.

West made her first start in almost two weeks, but didn’t play the entire half. She requested to be removed from the match in the 25th minute, where she went to the bench to rest her ankle. West would return, but only played 71 minutes on Thursday.

Clemson continued to pressure Pitt after its first goal, but the Panthers started to return the favor in the 30th minute. Schupansky got it started when she fired her first official shot from distance. The shot went well over the net and resulted in a Clemson goal kick, but Pitt would get more chances in the half.

First-year forward Ellie Coffield dribbled the ball up the center of the field and took a shot from just inside the 18-yard box. There wasn’t much power on the shot, and Clemson senior goalkeeper Hensley Hancuff made the save with ease.

The Panthers had one more opportunity late in the half. Off a Pitt corner kick in the 43rd minute, redshirt junior forward Emily Harrigan — who scored twice against St. Francis — headed the ball toward the net and got Hancuff moving the other way. But the ball hit a Clemson defender’s foot and went wide. Pitt’s last-ditch effort on a 45th minute free kick was easily corralled by the Tiger defense, and the half ended with Clemson leading 1-0.

Coffield’s shot in the 34th minute proved to be Pitt’s only shot on goal in the half on three total. Clemson had three shots on goal on a total of five.

The Panthers came charging right out of the gate in the second half. They pressured the Clemson defense early and often, but the Tigers were ready to intercept their attempts for shots. The Tigers countered in the 51st minute, and they had a chance to extend their lead. The ball found Clemson junior forward Caroline Conti inside the 18-yard box with lots of space, but she put the ball over the net.

Clemson played a very physical game. The home team committed 13 fouls, while the visitors only picked up five. Hershfelt, who scored the game’s only goal up to that point, received a yellow card in the 55th minute for a hard tackle on Pitt sophomore midfielder Emily Yaple.

Yaple would register two shots in the second half. The first came in the 61st minute, when she had a chance from about 20 yards out, but Hancuff made the save easily. Her second chance came in the 71st minute, giving Pitt its best chance to knot up the score. Yaple fired the shot toward Hancuff, but the keeper couldn’t corral the ball and it rolled away from her. Schupansky tried to pick up the loose change, but the ball was deflected out of play by a Clemson defender.

The Pitt defense became anxious late in the game, and junior defender Ashton Gordan committed a foul inside of the 18. The referee signaled for a penalty kick and sophomore midfielder Megan Bornkamp converted at the spot to seal Pitt’s 2-0 defeat.

The Panthers struggled with their conference schedule last season. They finished 2020 with a 3-5 conference record, which all but eliminated them from playoff contention.

The Panthers will stop off at Tallahassee to continue their road trip, where they’ll face the No. 1 Florida State Seminoles next Thursday at 8 p.m. The match will air on the ACC Network.