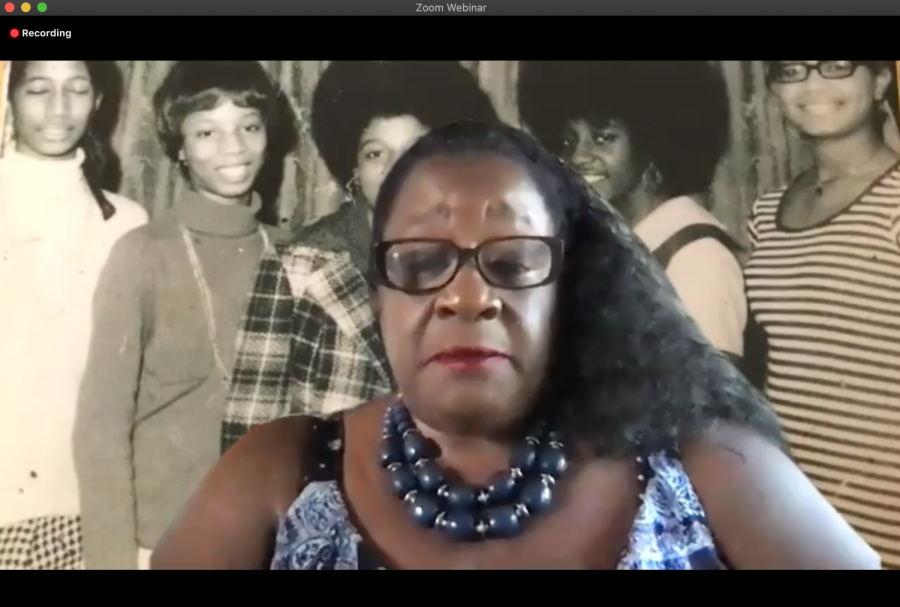 The African American Alumni Council held a webinar on Saturday titled “Activism Through the Decades.” The panel — made up of Black students, alumni and community leaders — focused on student and alumni activism and was open to questions from the audience.

By Donata Massimiani, For The Pitt News

Information is more accessible than ever and student activists can reach more people than they ever imagined, according to Destiny Mann. The widespread use of social media makes activists and their causes much harder to ignore.

“I think that’s what caused people to join the fight. Because now you can’t pretend that you don’t know,” Mann, the president of Pitt’s Black Action Society and Black Senate, said.

The African American Alumni Council held a webinar on Saturday titled, “Activism Through the Decades.” The panel — made up of Black students, alumni and community leaders — focused on student and alumni activism and was open to questions from the audience.

Latara Jones, an AAAC executive board member, hosted the event, and Curtiss Porter, a founding member of BAS and former chancellor of Penn State’s Greater Allegheny campus, served as moderator.

Mann said students involved in activism need to remember to take care of their mental health due to the work and time commitment that such activism requires. Mann helped BAS, alongside 17 other Black student organizations, send a list of more than 20 demands to the University in June 2020. These were the largest changes BAS requested since its famous 1969 Cathedral of Learning takeover where dozens of Black students, including Porter, locked themselves in the building’s computer center to demand the University improve conditions for Black students, faculty and other members of the Pitt community.

“When it comes to student activism, it’s really time consuming,” Mann said. “It involves a lot of meetings. It involves explaining the same viewpoint over, and over, and over again to many audiences. It also means having to lead these conversations as well.”

K. Chase Patterson, the CEO of The Urban Academy of Greater Pittsburgh and a Pitt alumnus, said he believes activism is perpetual.

“We are always fighting and therefore activism will always exist. How it looks may be different, to Destiny’s point as it relates to social media, but it is perpetual. For those of us, maybe not on this call but in the world, that think at some point the fight will be over, it will not be,” Patterson said. “The headstart was too far for us to imagine that the fight will be over anytime soon.”

While activism will always exist, attendees brought up concerns about whether student activists should be compensated for their work. Pauline Long, a former AAAC president and current CEO of Long Information Systems, said she believes Black student leaders deserve monetary compensation from the University just like teaching assistants or work study employees.

Long said she can attest to this personally, since she worked long hours as a student activist in high school planning meetings, writing letters and informing the community about events.

“It’s a lot of work and a lot of time, and yes, they should be paid, big time. Not minimum wage either,” Long said.

Jonathan White, a Pitt alumnus and current assistant teaching professor of history at the Penn State Greater Allegheny campus, agreed with Long, but said student activists need encouragement from other students and faculty on campus alongside compensation.

“They do need money, but I think we have to make sure daily they are getting the support they need,” White said.

In response to a question from an international student from Brazil about campus initiatives to support and include Black international students, Porter said he thinks Pan-Africanist thought is an important consideration. Pan-Africanism, according to Britannica, is “the sentiment that people of African descent have a great deal in common, a fact that deserves notice and even celebration.”

When he helped create what is now Pitt’s Africana Studies department, Porter said he and Jack Daniel, another founding BAS member, included Black voices from the Caribbean, West and East Africa and Baltimore. He said they wanted to “diversity the perspective of what it means to be Black on this planet.”

“I would like to see that ideology, that strategic outlook, that universal catch-all which includes all African people. I would like to see more thought and more practice going into what it means in the 21st century,” Porter said. “I think this would be a very timely moment to raise this issue of Pan-Africanist thought, by whatever name it might go for in the 21st century.”

White said Black people have embraced a constant state of activism since the beginning of American history. He’s excited to see what the younger generation does to continue that legacy.

“That’s the thing I look forward to, the younger generation telling our truth and realizing that there is always going to be oppression. But, there is not a point in African American history and American history where Black people have not resisted,” White said. “There will be oppression, but there will be resistance from those who want to see America be what it’s supposed to be.”