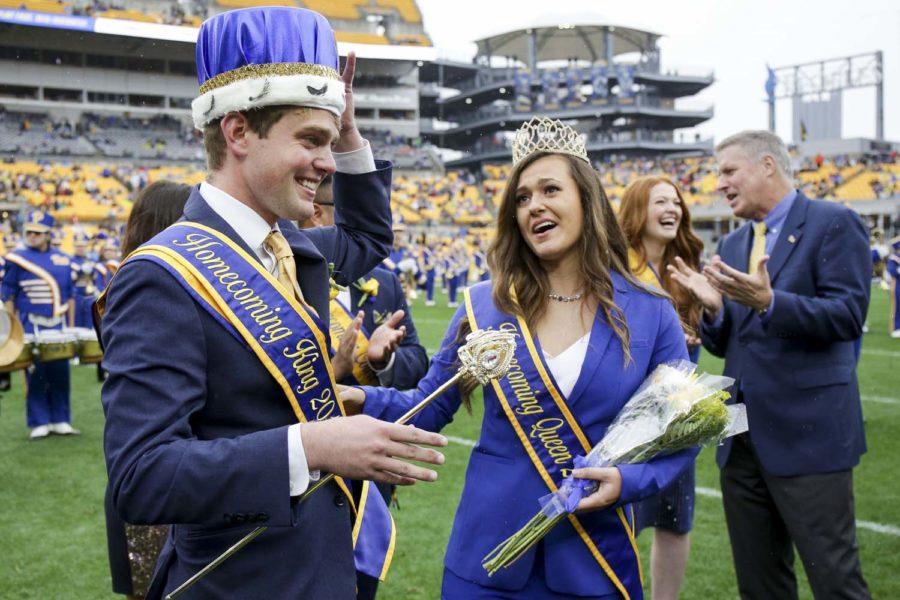 Past winners of Homecoming king and queen.

The energy surrounding a homecoming game, whether high school or college, is electric — and nothing tops it off better than deeming two worthy students royalty of their respective school. Historically, this royalty was always named a homecoming king and queen — but what about the royalty who are neither a king nor a queen, or are both?

Homecoming court needs to be ungendered in order to give all students an opportunity to be royal and to feel properly represented by their school. Pitt is one school, along with many others such as Purdue University, that opted for a gender-neutral homecoming court. Many students positively received this shift, and it represents progressive change — a change that all colleges and high schools should make.

As important as gender identity is, it didn’t become a common topic in public discourse until recent years. The discussion surrounding gender comes with the acknowledgement of gendered speech as well as gender stereotypes. While it’s a difficult concept for some people to understand and accept, younger generations especially moved mountains in destigmatizing gender roles and taking action to create gender-inclusive environments.

The benefits of a gender-neutral court may not be obvious, but they’re extensive. The most obvious being that any student, identifying as any gender, can be a candidate. Along with this, the two winners can be any gender, meaning the court relies solely on how many votes they receive as individuals. This eliminates the pressure to run in pairs, as well as the issue of someone being crowned only because they earned the most votes for their particular gender.

A hypothetical situation can explain the concept more clearly. Let’s say there are 10 people on the homecoming court — half are men and half are women and one of each must be crowned. Students have two votes for whoever they desire. All five women receive more votes than all of the men. Due to the stereotype that there must be a king and a queen, one of the men is crowned instead of the two women with the most votes.

Pitt eliminated this issue by choosing the winners only by the amount of votes, with gender completely set aside.

It’s also important in a college setting that homecoming court be gender neutral, because the winners are often awarded a scholarship of some amount — Spirit of Pitt award winners receive $1,500 in student resource funding. Candidates spend extensive time, energy and money campaigning in order to earn the most votes — it wouldn’t be fair to deprive someone of a well-earned scholarship just because they don’t identify as a specific gender. Imagine dedicating so much effort into a scholarship, technically winning, but being denied the award based exclusively on whether or not you’re a man or woman. This concept applies in the workforce — it is illegal to reject someone for a job based on gender, so how could a university reject students’ scholarships because of gender?

College homecoming is a competition above all else — not so much the popularity contest it was before — and there’s more on the line than just glory. The opportunity to win a scholarship should be available to any and all students at a university, no matter their gender.

It is just as important for high schools to have gender-neutral homecoming. High school age students deserve proper representation and opportunities during a time of crucial mental, physical and emotional development.

Everyone deserves to feel included and respected, despite gender identity. If schools take the step in creating gender-neutral homecoming courts, they can help set the new standard for other institutions and traditions regarding gender stereotypes and stigmas.

The common argument defending traditional homecoming customs is that since it’s always been this way, it should remain this way — a classic appeal to tradition fallacy. With this type of mentality, society would never progress, and the people benefitting from a progressive society would not be able to express themselves proudly in it.

The tradition of king and queen, while exciting, is outdated and sexist, and it is not necessarily exciting for everyone. If schools want all of their students to feel inspired, spirited and excited about events and other opportunities they have to offer, then they must represent all students.