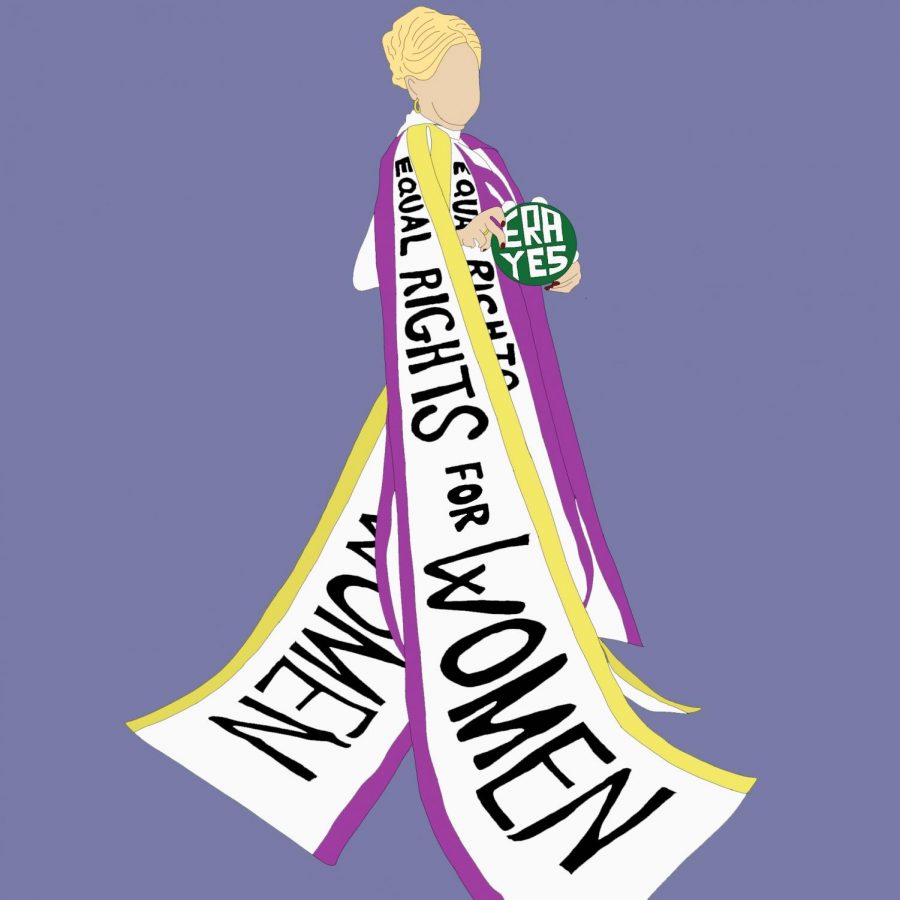 If your social media feed has looked anything like mine for the past week, you couldn’t escape the buzz of the designer looks worn at this year’s Metropolitan Museum of Art Costume Institute Benefit. The saying “wear your heart on your sleeve” came to life last Monday as the nation’s most influential celebrities and public servants gathered to celebrate the 2021 Met Gala.

With the Costume Institute choosing “In America: A Lexicon of Fashion” as the theme of the event, many notable figures, ranging from entertainment to politics, chose to interpret the theme through a socially conscious lens. However, I couldn’t help but notice that so much of the commentary surrounding those that chose to use the opportunity to dress as a force for change was highly critical.

Before jumping to criticize the bold statements made at the Met Gala behind a phone screen, try viewing the intention holistically. The daring approach of using fashion as a force for change as an insider at the event was a tactical way of rattling the status quo. The attendees of the Met Gala have the power to influence millions of viewers to be more open to the ever-evolving world around us. Plus, what better way to incite change than in a room full of those that hold power in the palms of their hands?

Among many of the standout looks at this year’s Met Gala was Rep. Carolyn Maloney, who represents New York’s 12th congressional district. Maloney chose to make a bold statement, walking the red carpet in a suffragette-themed dress embroidered with the daring idea of “equal rights for women.” To top off the iconic outfit was a clutch etched with the phrase “ERA YES,” endorsing the ratification of the Equal Rights Amendment to the U.S. Constitution.

“Across the country, women’s rights are under attack,” Maloney tweeted. “I have long used fashion as a force 4 change. As the Met Costume Institute reopens w/ their inaugural exhibit celebrating American designers, I am calling 4 the certification of the ERA so women can be equal once and for all.”

While the gown seemed neutral from the front, the sartorial slogan “Tax the Rich” was painted in bright red lettering covering the back of the piece, quickly fueling politically motivated backlash from both sides of the spectrum.

“AOC paid $30,000 to go to an event filled with the world’s richest celebrities just to wear a dress that says “Tax the Rich,” inaccurately claimed one Facebook user. “YOU THE RICH.”

Ocasio-Cortez explained on social media that her dress was borrowed from the founder and creative director of the high-end fashion brand Brother Vellies, Aurora James, and that she was invited to the fundraiser as a government employee. But the criticism circulating around her appearance at the event was no surprise to Ocasio-Cortez, who carried out the night holding her head high in a room full of people who the message impacted most.

“I think I’m kind of at the point where no matter what I do, if I wake up in the morning, there’s going to be someone who has something to say about that,” Ocasio-Cortez told reporters. “So at the very least, what we should do is act in our integrity and do things with intention and purpose.”

Let us not forget that the Met Gala also hosted many iconic looks inspired by members of the LGBTQ+ community as well, ranging from Elliot Page’s metaphorical green flower to Lil Nas X serving not one, but three game-changing outfits.

In light of the event’s progressive messages, this year’s Met Gala also marked Elliot Page’s first since coming out as transgender. Page walked the red carpet in a Balenciaga suit that meant more than meets the eye.

“The green carnation became a queer symbol in 1892 when Oscar Wilde instructed a handful of his friends to wear them on their lapels to the opening night of his comedy Lady Windermere’s Fan,” essayist Sarah Prager wrote. “From then on, wearing a green carnation on your lapel was a secret, subtle hint that you were a man who loved other men.”

Whether or not you agreed with or admired the looks featured at the 2021 Met Gala, the event has long been aligned with fashion history. With this year’s theme circulating around American independence, the apparent social and political consciousness hosted by the designer looks at the event deserves to be applauded.

“We can never get too comfortable in our seats at the table once they’ve been given,” James said. “We must always continue to push ourselves, push our colleagues, push the culture, and push the country forward. Fashion is changing; America is changing. And as far as this theme goes, I think Alexandria and I are a great embodiment of the language fashion needs to consider adding to the general lexicon as we work towards a more sustainable, inclusive, and empowered future.”

You can reach Mackenzie at [email protected].