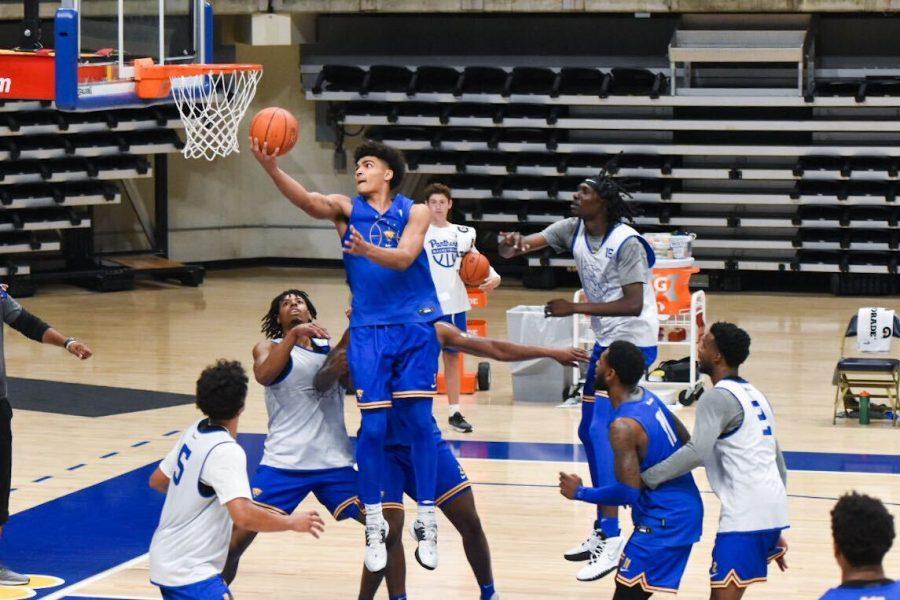 Pitt men’s basketball is in a much different place than it was six months ago. Six scholarship players left and one more was still serving a suspension while he awaited a hearing on three felony charges. Head coach Jeff Capel spent the following months repairing a broken roster and trying to breathe some life into a program deflated by a 2-10 limp to the end of the regular season.

Capel did reload and now Pitt’s roster looks vastly different than it did around this time last year, but there are few known commodities. Senior guard Ithiel Horton has two years of Power Five basketball under his belt and Nike Sibande is a proven scorer at the college level, but outside of those two the questions run wild. Who the Panthers will or won’t be this season is largely a mystery.

The Panthers have a roster comprised primarily of transfers, inexperienced sophomores and a one-man recruiting class that, because of its size, is the lowest rated of Capel’s tenure, according to 247Sports.

So what can fans expect from the 2021-22 Panthers? Not even the head coach can tell you that yet. He knows what he’d like to see but said that this team’s identity won’t reveal itself until after they’ve logged minutes together on the court.

“Obviously we want to try and hang our hat on being tough, being good defensively and hopefully we can be better offensively than we’ve been over the first three years and be a little bit more versatile,” Capel said.

This team will have some factors working in their favor as they try to build such an identity. Most obviously, the COVID-19 pandemic is in a more manageable state than it was a year ago, allowing programs to get back into comfortable patterns.

“There’s normally a rhythm of a season and for as long as I can remember being involved with it, it’s been that rhythm,” Capel said. “As a player, as a coach, it’s been that rhythm. Last year … it was the first time since 1993 that the rhythm was incredibly disrupted. And so I think it threw everyone off.”

But it wasn’t just COVID-19 that negatively affected the Panthers’ play last year. Over the offseason, players and coaches from the 2020-21 team cited chemistry issues as a reason for their declining quality of play down the stretch.

But Horton — now the elder statesman of this motley crew — said those issues are in the past and that this year’s team is working on preventing those same concerns from arising in the first place.

“I think a lot of our guys mesh,” Horton said. “Last year we didn’t have a lot of off-court gatherings like we do this year. A lot of our guys started to get to know each other, our interests. That’s what’s helping this year a lot … It was just a disconnect there last year that isn’t there this year.”

He said even transfers like Jamarius Burton, a senior guard who arrived at Pitt by way of Wichita State and Texas Tech, have taken serious time to get to know the rest of the team.

Horton said he and Burton bond over books and he credited Burton with helping him quit social media, which Horton said helped his focus and maturity.

There’s plenty to be concerned about with this team, purely from a basketball standpoint. Is sophomore guard Femi Odukale, the presumed starter at point guard, able to make the leap from exciting first year to everyday star? Can the Panthers mesh enough to be as good as they hope defensively? Is there enough depth in the front court? Will they be able to shoot enough?

All these concerns are secondary. With so much turnover, Pitt is trying to keep things simple and lay a base from which they can grow. A veteran roster last year meant expectations but those high hopes have fallen back to earth. The Panthers are back to square one, built around youth and they’re ready to start with a nearly clean slate.

Sibande thinks the results will come, but wins will only stack once this team is able to carry their camaraderie from off to on the court.