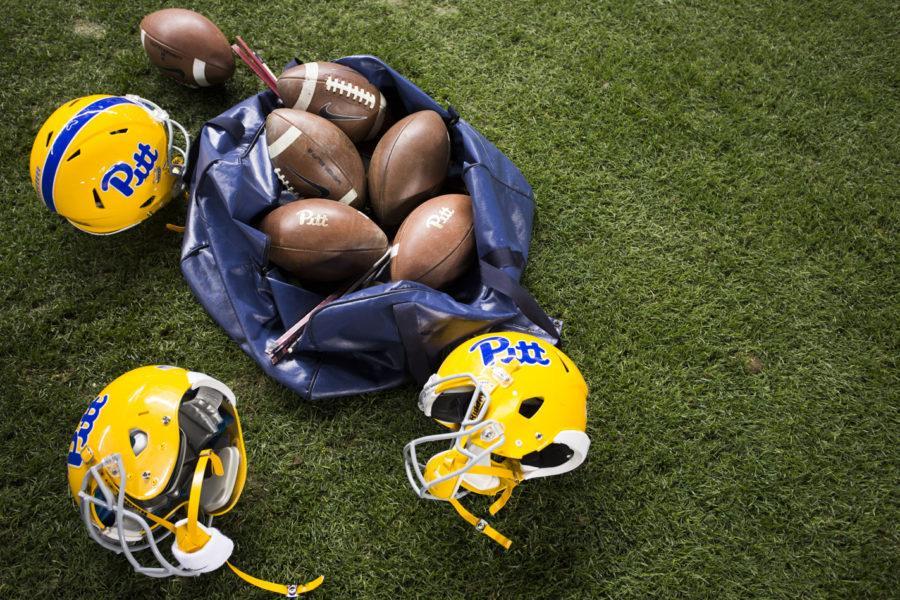 Campus Mogul, an agency that provides athletes with a platform to build their personal brands, has already attracted dozens of NCAA athletes including five Pitt football players.

By Kyle Saxon and Dalton Coppola

When Jeff Ermann founded his company, Campus Mogul, his vision was simple –– help college athletes capitalize on their name, image and likeness. Ermann said the idea to launch the company came soon after the NCAA put new rules in place allowing athletes to benefit from their NIL passed in early July.

“We wanted a brand that would resonate with ambitious college athletes,” Ermann said. “The idea came after the legislation that allowed athletes to monetize their name, image and likeness.”

The NCAA’s new policy allowing college athletes to profit off of their NIL has already dramatically altered the landscape of collegiate athletics. For Pitt athletes and college athletes in general, the rules opened a vast window of opportunity.

Ermann set out to find athletes who had a proactive mindset similar to his own. Campus Mogul’s mission is clear from the definition of what a “Campus Mogul” really is, according to the company.

“A Campus Mogul is an athlete who knows his or her worth, who wants to take control of and begin to monetize his or her personal brand,” the company’s website reads.

Campus Mogul provides athletes with a platform to build their personal brands and profit financially. Ermann explained that the primary role of the athletes themselves is to simply promote the products his company produces for the players on their personal social media pages.

“The athletes receive exactly 50% of their net profits, which is a great offer for them when you consider that we design, print, market and handle billing and fulfillment for every product,” Ermann said. “All they have to do is promote them on social media and they can make significant income.”

Campus Mogul has attracted dozens of NCAA athletes as partners, including five players from Pitt football. Redshirt junior defensive end John Morgan III was the first Panther to become a Campus Mogul on Sept. 6, with four of his teammates following shortly after.

“Once we got wind that NIL was real and it was happening, it made us shift gears in our business plan,” Vick said. “[Our business plan went] to make sure student-athletes benefit.”

Even though the company has partnered with several athletes, Morgan III signed the company’s first “representative marketing agreement.” Vick said this means R3V will represent and advise Morgan III in marketing deals and other endeavors going forward.

“R3V is excited to announce we have signed our first client to a NIL Representation deal, and we would like to welcome John Morgan III to the R3V Family”

“We have other guys in our NIL shop, but they have all signed licensing agreements,” Vick said. “He is our first [to sign a representation marketing agreement]. We’re super excited to have John Morgan III as the face of R3V.”

R3V plans to expand into other sports as well, including both men’s and women’s sports, according to Vick.

“What’s going to happen of college football?” Narduzzi said in an interview on 93.7 The Fan in early August. “There’s pretty much legalized cheating out there now going on with this name, image and likeness. I think it’s great for our kids, but I wonder where it takes college football.”

R3V and Vick look to dispel potential worries regarding NIL deals. While profitability remains a goal for R3V, he and his partners want to make sure athletes are making the best choices. Vick said the company emphasizes the importance of educating not just the athletes but also their families.

“For a lot of parents, this is their first time being involved,” Vick said. “We’re in the position to have these kids set up Zoom calls — invite your mom, invite your dad, invite the decision maker in your life to this call so we can educate and you can make the best decision.”

Companies such as Campus Mogul and R3V are helping fans along with players. For decades, the only way to wear an active Pitt player’s jersey was to hope the team store offered a generic jersey with a specific number on it. R3V and Campus Mogul set out to change this.

“Our staple product is the jersey-shirt, which is a standard design for every athlete but with the color scheme and font of his or her school,” Ermann said.

Fans now have the opportunity to sport the merchandise of specific players at their favorite school. But the Campus Moguls themselves also have the ability to express their creativity in some cases. Several athletes have custom products available for purchase.

“We do create custom designs for a lot of them, and we value their feedback in the creative process on those,” Ermann said. “Addison and Petrishen each have custom designs, for example.”

These designs often feature nicknames and elements of the athlete’s home, providing another opportunity for Campus Moguls to build their personal brand.

R3V runs a similar operation through their “NIL Shop,” which sells licensed T-shirt jerseys and player-specific merchandise. The company also helps athletes make logos for themselves.

“We understand the importance of athletes having a brand and having a platform to sell our merchandise,” Vick said. “That’s why we created the official NIL shop.”

For the athletes that desire to profit from their dedication to their respective schools and sports, Campus Mogul and R3V presents an accessible avenue for them to do so. And it doesn’t seem these companies are done growing just yet.

“We’re expanding rapidly every day,” Ermann said. “There is what seems like a limitless supply of college athletes, and very few of them have quality opportunities to monetize their NIL and build their brands … But we do have a lot of plans to offer other products and new lines of merchandise.”