Take 5 | Duquesne could be dangerous in the FCS, Dallas Cowboys are contenders 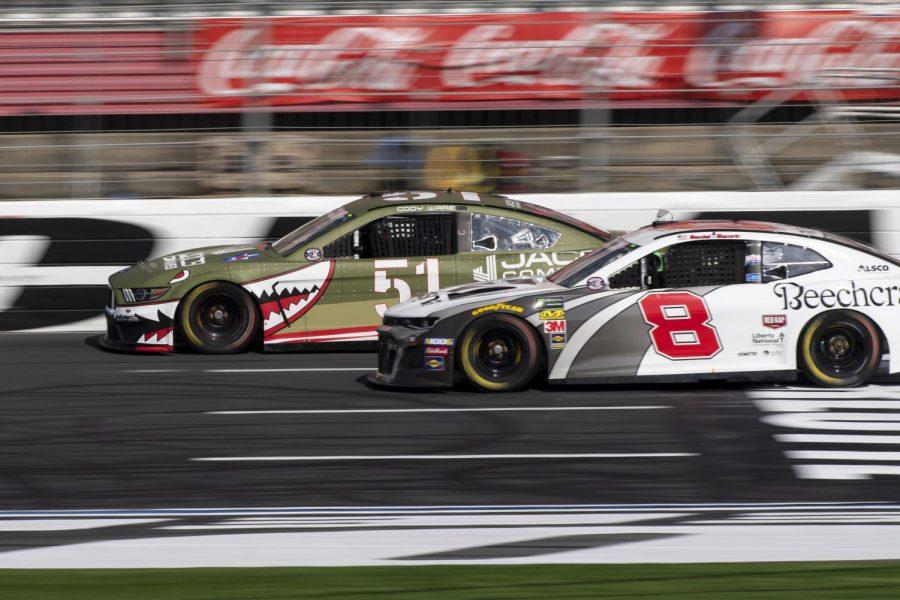 Bubba Wallace won the YellaWood 500 on Monday in Talladega, Ala.

In this week’s edition of the Take 5, The Pitt News sports desk gives their opinions on everything from the Duquesne Dukes’ chances of making some noise in the FCS playoffs to the MLB needing to restructure their playoff format.

Following Monday’s historic YellaWood 500 in Talladega, Ala., it appears that no matter how progressive NASCAR tries to become, a vocal minority of close-minded, traditionalist fans will continue to try and stonewall any progress the sport makes.

Bubba Wallace made history when he became just the second Black driver to win a race in NASCAR’s top division and the first since Wendell Scott in 1963. In the sport’s history, Wallace and Wendell aren’t just the best Black drivers to compete in the cup series full time, they are the only two Black drivers.

Wallace’s victory should have been triumphant. His story is one of perseverance against all odds — rewriting NASCAR history and a key piece of promoting diversity in American motorsport.

Yet, the voices of those who are hateful and still oppose his belonging in the sport are the ones that ring the loudest.

Cries of “rigged” and “fixed race” plagued comment sections on Twitter and Instagram, among countless other hateful messages discrediting Wallace’s victory. People seemed to forget that every team on the grid strategized and planned for the rain that was inevitably supposed to hit Talladega on Monday afternoon — Wallace and the 23XI team simply executed the best.

Or maybe those select fans just chose to ignore the facts.

Duquesne Dukes could make some noise in the FCS // Alexander Ganias, Staff Writer

Pitt has taken the college football world by surprise in 2021. Redshirt quarterback Kenny Pickett has emerged as a possible Heisman favorite and the Panthers themselves have a 9.2% chance to make the College Football Playoff, according to ESPN. But another Pittsburgh football team has the potential to make some noise in the playoffs. No, not the Steelers — the Duquesne Dukes.

The Dukes currently sit atop the Northeast Conference standings with a 3-1 overall record and won their only conference game so far. Duquesne is also the only team in the conference to beat a team in the Football Bowl Subdivision, when it beat the Ohio Bobcats 28-26 on Sept. 11. The Dukes received 38 voting points in the most recent FCS Top-25 poll, the only Northeast Football Conference team to earn any votes.

The Duquesne offense has been solid through four games, save for their 45-3 loss at FBS opponent TCU in week one. They’ve averaged 311.3 total yards per game, and scored a total of 13 touchdowns.

The defense has been less than stellar. The Dukes have allowed more passing yards than their offense has passed for, but these stats are skewed thanks to that week one loss to TCU.

If the offense keeps performing at this rate and the defense can tighten up some loose ends, the Dukes can take advantage of an easy back-end of their schedule, and win at least a share of the NEC crown.

The Los Angeles Dodgers are the No. 4 seed in the MLB National League playoffs with a 106-56 record — the second best record in all of baseball. But since the Dodgers didn’t win their division — finishing behind the No. 1 seeded Giants in the NL West — they had to play in an elimination game to advance.
This seeding format is a recurring failure on the part of the MLB. Wild card teams have been forced to play in a one-game playoff, despite having a better record than division winners.

While Los Angeles did defeat the St. Louis Cardinals 3-1 in the National League Wild Card Game to advance to the Divisional round, they are pitted against the Giants.

The NBA changed their playoff format in 2007 so teams with the best record in each conference could not meet until the conference finals. A similar format would have granted the Dodgers the No. 2 seed. More importantly, this structure would give the National League’s two best teams the opportunity to meet each other in the National League Championship Series with a ticket to the World Series on the line.

Instead, the Dodgers and Giants — the two best teams in baseball — will meet in the National League Division Series, with the winner moving on to the Championship Series. MLB needs to overhaul its playoff format to ensure teams are rewarded for a successful regular season.

Dak Prescott can take the Cowboys to a Super Bowl // Jermaine Sykes, For The Pitt News

Led by returning quarterback Dak Prescott, the Dallas Cowboys boast a 3-1 record, sitting atop the NFC East and could be legitimate Super Bowl contenders. Dallas hasn’t been to the Super Bowl since their last championship in 1996, despite making the playoffs in nine separate seasons since then.

But something about this season feels different. Prescott, coming off of a gruesome injury suffered last season, has looked spectacular. He has managed to rack up 1,066 passing yards and 10 passing touchdowns through the team’s first four games.

Prescott hasn’t done it alone this season. The Cowboys have the second best rushing offense in the league through four games thanks to the running back tandem of Tony Pollard and Ezekiel Elliot. With these weapons, the Cowboys have a formidable offense that can give any defense trouble.

Despite questions in the preseason, Dallas’ defense has been an improved unit this year. With 10 takeaways to this point, Dallas’ defense is led by second-year breakout defensive back Trevon Diggs, who ranks second in the NFL with five interceptions.

It may be early in the season, but if the Cowboys can get past their division rival, the New York Giants (1-3) in week five, they should definitely be in Super Bowl contender talks.

Daniel Jones has been one of the NFL’s surprise performers in 2021 // Jack Markowski, For The Pitt News

After an inconsistent two-year stretch to begin his career, Daniel Jones has quietly been one of the best quarterbacks in the NFL through four weeks this season.

As part of a thrilling comeback in week four against the New Orleans Saints, Jones had arguably the most impressive performance of his career. He finished the day with a career-high 402 passing yards to go with two passing touchdowns, continuing to trend upwards in terms of his performance.

Perhaps the main criticism of Jones coming into 2021 was his propensity to turn the ball over, throwing 22 interceptions and losing 17 fumbles in his first 27 games.

But heading into week five, he is responsible for only two turnovers this year, with the lone interception coming on a Hail Mary to end the first half in week four.

Aside from his passing yards, where he ranks seventh in the league with 1,184, Jones’s baseline stats don’t necessarily jump off the page. But his ability to take care of the football has boosted his game significantly.

Jones still has a ways to go if he truly wants to be considered one of the game’s elite. But he has come out in year three and shown vast improvements to his game, providing fans with optimism that he has the potential to be the Giants’ quarterback for years to come.