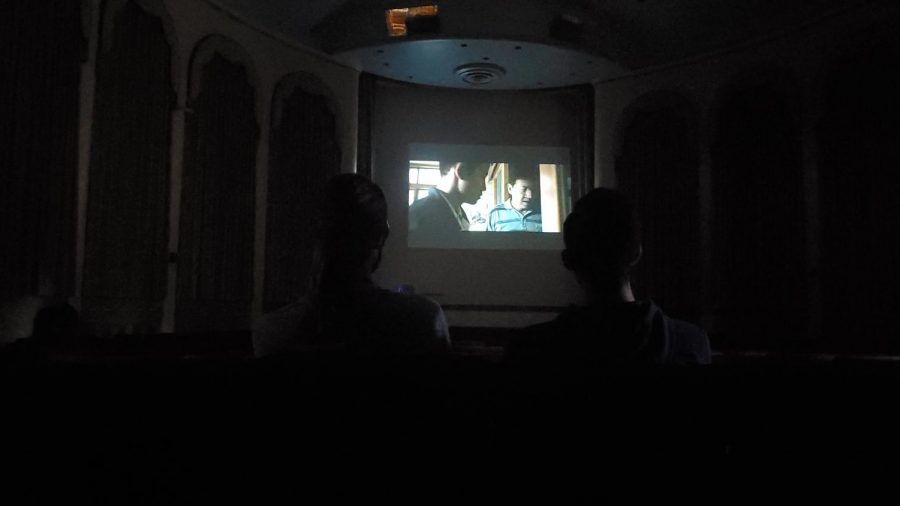 Moviegoers watch Back to the Wharf (2020) at the Frick Fine Arts Auditorium on Saturday as a part of the Screenshot: Asia Film Festival jointly hosted by the Asian Studies Center and the Film and Media Studies program.

At the Screenshot: Asia Film Festival last Thursday, the audience set in to watch Chen Hung-I and Muni Wei’s “As We Like It,” an adaptation of Shakespeare’s “As You Like It.” The movie features an all-female cast — blurring the lines of gender and the meaning of love.

The Screenshot: Asia Film Festival, organized by the Asian Studies Center and the Film and Media Studies program, took place Oct. 6-11 at various locations across Pitt’s campus. The festival screened 12 feature and short films from Asian countries such as Iran, South Korea, Japan and Nepal over six days.

Screenshot: Asia is a project that aims to bring Asia and Asian American arts to Pittsburgh through contemporary media and film. By bringing together Pittsburgh’s students and community members, the project hopes to begin a dialogue about different cultures, peoples and ways of being in the world.

Lynn Kawaratani, the assistant director of partnerships and programming at the Asian Studies Center and co-chair for Screenshot: Asia Film and Media Programming, said there hasn’t been an Asian film festival in Pittsburgh in a few years.

“There used to be a non-profit that ran an Asian Film festival in Pittsburgh for 11 or 12 years. A few years ago, before the pandemic, it closed for various reasons,” Kawaratani said. “But it was very sad to think that there wouldn’t be Asian film regularly in Pittsburgh anymore.”

Kawaratani, through this partnership between the Asian Studies Center and the Film and Media Studies program, wanted to bring back Asian film to Pittsburgh and give rise to the next generation of filmmakers.

“We saw this great opportunity as a collaboration between the Asian Studies Center and the Film and Media Studies program,” Kawaratani said. “To not only revive the festival or the spirit of the festival, but also to train that next generation both in inspiring new filmmakers, especially people of color, but also in arts programming.”

The movies featured at the festival included “Yalda, a Night for Forgiveness,” “Back to the Wharf,” “As We Like It,” “Looking for a Lady with Fangs and a Mustache,” “Wife of a Spy,” “An Old Lady,” “Barah by Barah” and “Wheel of Fortune and Fantasy”.

Kawaratani felt that Asian culture and the variety of film it produces is not well represented in Pittsburgh.

“Asia takes up 60% of the world and is so rich and diverse, and there is just incredible work coming out of Asia,” Kawaratani said. “And the reality is that Pittsburgh is based in western Pa. which has more limited exposure to Asian film and culture than other parts of the country, so we thought that would be really important to have it here.”

With the pandemic, Kawaratani said film and media consumption has greatly moved to online streaming services such as Netflix. Kawaratani said although these streaming platforms have a lot of content, the film festival features specifically selected films that she believes are poignant.

“You can pretty much watch anything, Netflix has a gazillion choices but this is an opportunity to sort of really curate and really kind of select on a small number of films that are really, each one is so impactful, to expose audiences,” Kawaratani said.

Screenshot: Asia selected films for this festival not only to highlight great works by Asian filmmakers but also to represent Asia and its cultural diversity, according to Kawaratani. She wanted to shed light on the fact that Asia is not limited to East Asia.

“We know that people associate Asia primarily with East Asia, Chinese, Japanese and Korean. But actually, it’s much broader. Asia is so much broader than that and to make sure that the films were actually selected by their diversity,” Kawaratani said. “Really showing, sort of, a broader range of Asia versus what people are expecting.”

Yutian Jia, a first-year masters student studying East Asian studies, attended the festival because she was interested in the films being screened. Jia said even though Asia is composed of many countries, there is a unity among Asian countries that’s evident in film.

“I feel like as an Asian, kind of integrity, like not really can be divided into East Asia, South Asia or Middle East Asia kind of,” Jia said. “So I find there may have some continuity in different films that screen.”

Maya Jones, a first-year history and theatre arts major, did not know much about the film but went to the screening intrigued by the variety of films available.

“I know a little bit about it. It just seemed like something I had never seen before, so it seemed interesting,” Jones said.

Kawaratani said she hopes viewers can leave the festival having taken a proper glimpse into Asian culture through the films being screened.

“Even though we are thousands of miles away there’s sort of these basic things that we all can embrace and share as humans,” Kawaratani said.