Opinion | Stop comparing everything to the Holocaust 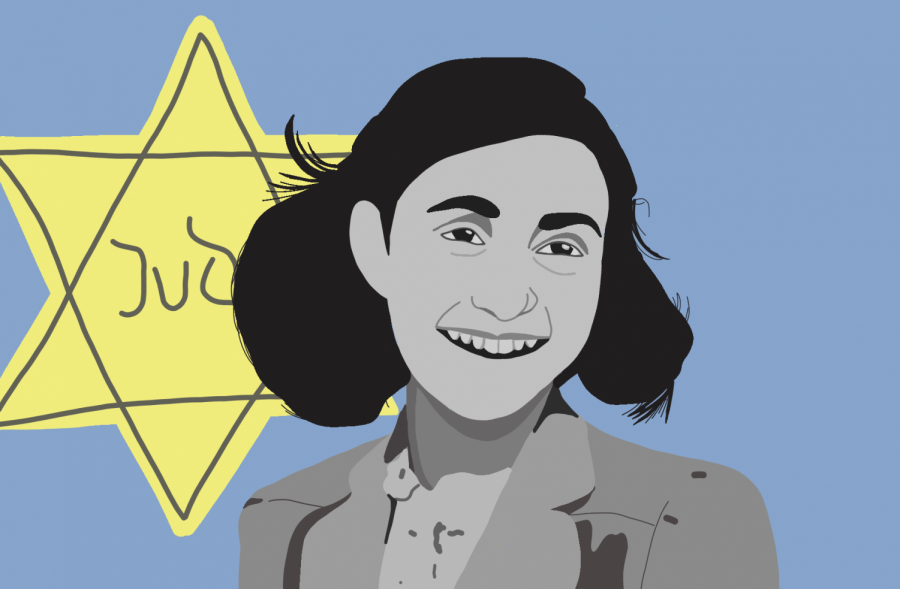 From the use of the term “grammar Nazi” to PETA’s comparisons of farming to concentration camps, Holocaust metaphors seem to be increasingly commonplace in our culture. Recently, the COVID-19 anti-vax movement has taken this rhetoric even further by comparing the enforcement of mask mandates and vaccine requirements to the Nazis’ treatment of Jews during the Holocaust.

This is absolutely not OK. By comparing the atrocious events of the Holocaust to minor political incidents, the genocide of millions of people becomes a cheap way to get your point across and discounts the impact of the Holocaust. It is dangerous rhetoric, used purely as a scare tactic, and should not be as commonplace as it is now. As antisemitism becomes more prevalent and neo-Nazis gain a voice in politics, the cavalier use of Holocaust metaphors has real-world effects and can lead to more hate and violence against Jews and others that the Holocaust affected.

While it may seem minor, the use of terms like “grammar Nazi” is extremely offensive. Someone correcting grammar shouldn’t be compared to the Nazis, who inflicted actual damage on millions of people. Even the use of a phrase that may come off as harmless can make something as serious as the Holocaust into a joke, when it absolutely shouldn’t be. Someone who corrects your grammar may be annoying, but they are not evil. It’s important to make sure the language we speak reflects that.

Also, neo-Nazis are still around — their hateful speech and xenophobia are no joking matter. These neo-Nazis can feel emboldened when antisemitic language and jokes around the Holocaust are normalized.

Social movements co-opting Holocaust metaphors is probably the most harmful and dangerous way these comparisons are used. Many animal rights organizations, such as PETA, frequently compare the treatment of animals in the factory farming industry to the concentration camps during the Holocaust.

During a 2003 advertising campaign, PETA put up signs comparing both the extermination and rounding up of Jews to the slaughtering and inhumane treatment of animals on farms. More recently, PETA called for an end to “anti-animal” language, comparing “speciesism” to racism, homophobia and ableism. These kinds of comparisons are extremely hurtful to marginalized communities.

Campaigns like these are purposely exploiting the suffering that the Holocaust caused as a way to gain media attention. There are other ways for animal rights organizations to get their points across, without invoking images of the Holocaust. It is hurtful to those with family members who perished in the Holocaust, and to survivors. The genocide of millions of people should not be used as shock value.

It is completely inappropriate to equate something such as wearing masks and getting the COVID-19 vaccine to the atrocities of the Holocaust. The government is not forcing people into concentration camps — they are enforcing rules for public health. This comparison is even more of a slap in the face to the victims of the Holocaust because many people — including Anne Frank — died not from a gas chamber, but instead from diseases spreading because of the cruel and overcrowded conditions in the concentration camps.

These comparisons are even more outrageous and hypocritical because many of the anti-vaxxers additionally believe in the QAnon conspiracy, which is inherently antisemitic. In the same breath that these anti-vaxxers compare their “freedoms” being taken away to the Holocaust, they spread antisemitic hate speech and believe in harmful conspiracy theories about Jews. This contributes to the more than one billion people around the world who harbor antisemitic attitudes. The suffering of the Jewish people is not something that can be picked up or put down depending on whether it will help you win an argument.

Comparing social movements to the Holocaust, or people who are annoying about grammar to the Nazis, is unacceptable and immensely disrespectful in so many ways. The “Never Forget” sentiment means that we must teach future generations about the atrocities that occurred, and doing that starts with accuracy. These jokes come from a place of ignorance and improving our Holocaust education is the only way that we can fix this. When people learn what truly happened and why it is so important not to trivialize the events of the Holocaust as a political talking point, they will know the true impact these events had on people.

The Holocaust wasn’t that long ago — only 76 years — and they have made a lasting impact in our collective history. If we act like these events were some abstract concept, something to compare other political events to, we take away from the real suffering that people dealt with.

Rachel Soloff writes primarily about the entertainment industry and social justice. Write to her at [email protected].